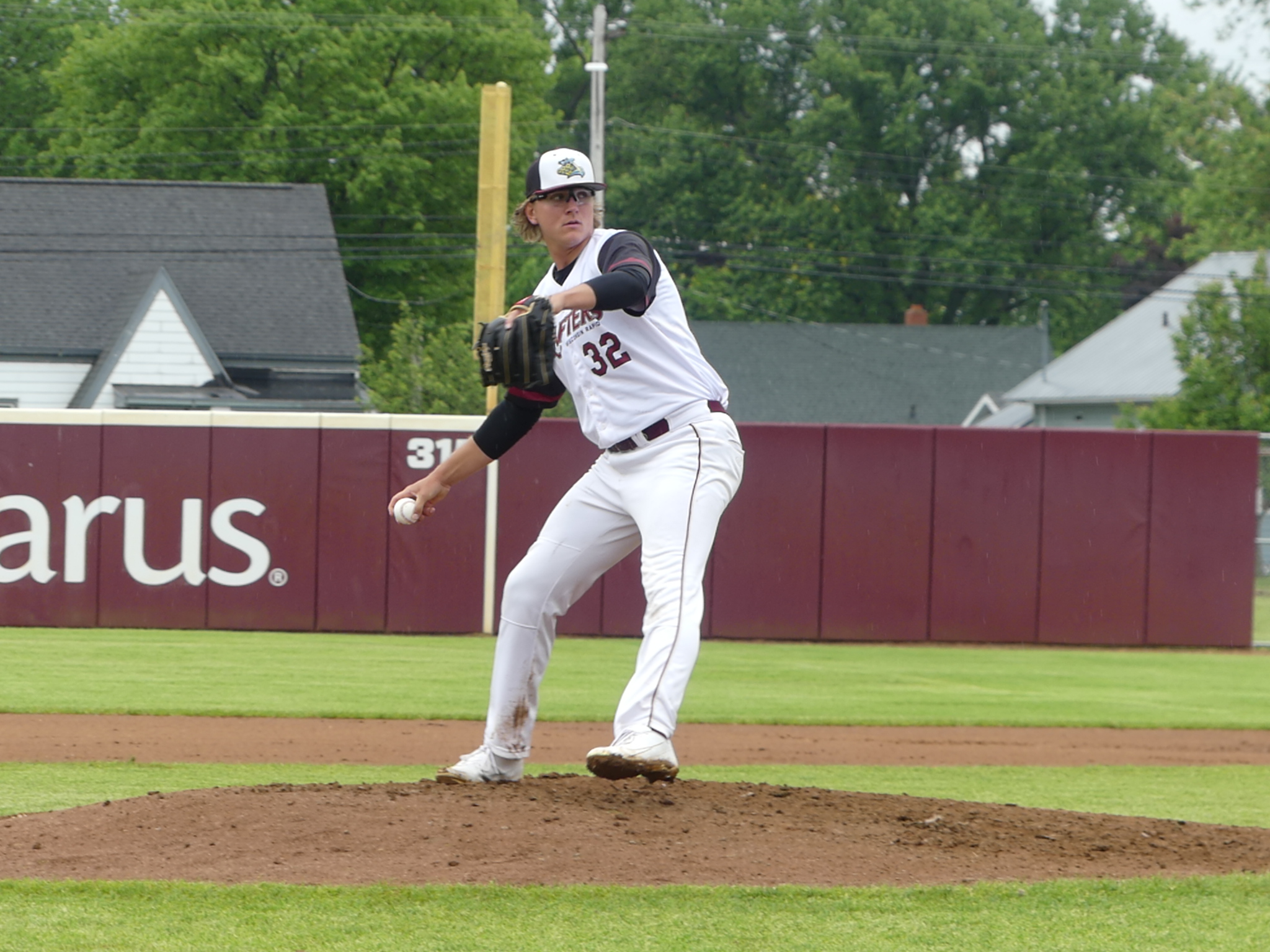 Sunday’s Northwoods League games consisted of many rallied wins including an exciting walk off by the Battle Creek Battle Jacks. Robbie Merced blasted his first home run for the Battle Jacks in the bottom of the ninth to score the final runs of the game. The St.Cloud Rox also win their sixth game of the season and remain the only team undefeated.

The Traverse City Pit Spitters defeated the Kalamazoo Growlers in a 4-2 victory. Alec Atkinson (Yale University) led his team with three singles and 1 RBI. Colin Summerhill (Troy University) started the third inning with his first single of the night and later scored by Atkinson. Summerhill reached first 3 times with two singles and 1 hit by pitch. Aren Gustafson (Olivet Nazarene University) had the win on the mound, throwing the first seven innings with five strikeouts, allowing only four hits and zero runs to score.

The Madison Mallards stay hot winning their second game in a row defeating the Green Bay Rockers 11-1. The Mallards had an excellent performance with Dan Wright (Iowa Western Community College) on the mound throwing 6.2 innings with 8 strikeouts and allowing only one run to score. The Mallards scored in almost every inning with Josh Caron (University of Nebraska) leading the team with three hits including a single, double and home run in the ninth inning. The team generated a total of 15 hits and had zero errors on the field.

The Fond du Lac Dock Spiders win the first game of the series against the Lakeshore Chinooks 8-3. The Spiders scored early with four runs in the first inning and three runs in the second. Tommy Stevenson (Missouri Southern State University) drove in the first run of the night with a single to left field followed by a sac fly and a home run by Kyte McDonald (Wichita State University). Austin Wagner (University of Mary) made his second appearance on the mound throwing 5.2 innings with seven strikeouts. After the Spiders scored their last run in the fifth they were able to hold the Chinooks for the rest of the game.

The Kokomo Jackrabbits rallied back to beat the Rockford Rivets 4-3. Going into the eighth inning both teams were tied with three runs each. With runners on first and third in the bottom of the eighth, Bo Yaworski (Mitchell College) hit a sac fly giving the Jackrabbits the lead. Luke Sartori (University of Nebraska), Alex Neff (University of Dayton) and Brant Voth (Creighton University) all hit two singles and scored once each as they reached base. Hector Garcia (Hope International University)was the starting pitcher throwing four innings with seven strikeouts.

In a terrific effort the Battle Creek Battle Jacks rallied back to beat the Kenosha Kingfish 8-5. Behind by two runs heading into the bottom of the seventh inning Patrick Mills (Indiana University Kokomo) blasted a triple down the right field line scoring three runs. As the Kingfish scored three more runs in the top of the ninth the Battle Jacks responded with an RBI double by Fisher Pyatt (San Diego State University) and a three run home run by Robbie Merced (Central Methodist University) to walk off the game.

The Eau Claire Express took the first win of the series against the Waterloo Bucks winning 4-1. Reed Latimer (University of Montevallo) led his team with three singles and an RBI that scored the first run of the game in the third inning. Peter Brookshaw (North Dakota State University) and Sam Kuchinski (University of Montevallo) scored the final runs in the eighth inning with RBI singles. Jared Lessman (Iowa Western Community College) started the game pitching, throwing four innings with six strikeouts.

The St.Cloud Rox won their sixth game of the season against the Mankato MoonDogs 7-3. The Rox struck first with a sac fly by Trevor Austin (Mercer University) to score the first run of the third inning. They scored four more runs in the fifth with a two run triple by Charlie Condon (University of Georgia) and two RBI singles hit by Jack Steil (University of Nebraska) and Trevor Austin. Joseph Battaglia (Southern University and A&M College) had the win on the mound throwing seven strikeouts in five innings.

The Willmar Stingers defeat the Minnesota Mud Puppies 9-3 in the first game of the series. Drey Dirksen (Augustana University) had a terrific night at the plate going 4 for 4 with two doubles, two singles and 1 RBI. Sam Daly (Willamette University) also contributed to the offense with two hits including a single and a home run to score 3 runs and 4 RBI overall.

For their fourth win of the season the Duluth Huskies take down the Bismarck Larks 7-2. Eduardo Noguera (University Nebraska Omaha) led his team going 3 for 5 at the plate with three singles and two RBI. The Huskies scored three runs in the seventh inning with a triple by Devin Hurdle (University Nebraska Omaha). Devin Dodson (Friends University) had the win on the mound for the Huskies, throwing a total of seven innings with seven strikeouts and giving up only two hits.

The Wisconsin Rapids Rafters win their sixth game in a row against the Wausau Woodchucks 13-2. Seth Stroh (Wichita State University)  started the game with a home run over the video board putting the Rafters ahead 2-0. Stroh later hit a double in the 5th driving in two more RBI’s. Brendan Bobo (California State University, Fullerton) hit his third home run in two day making the score 12-2 in the sixth inning.