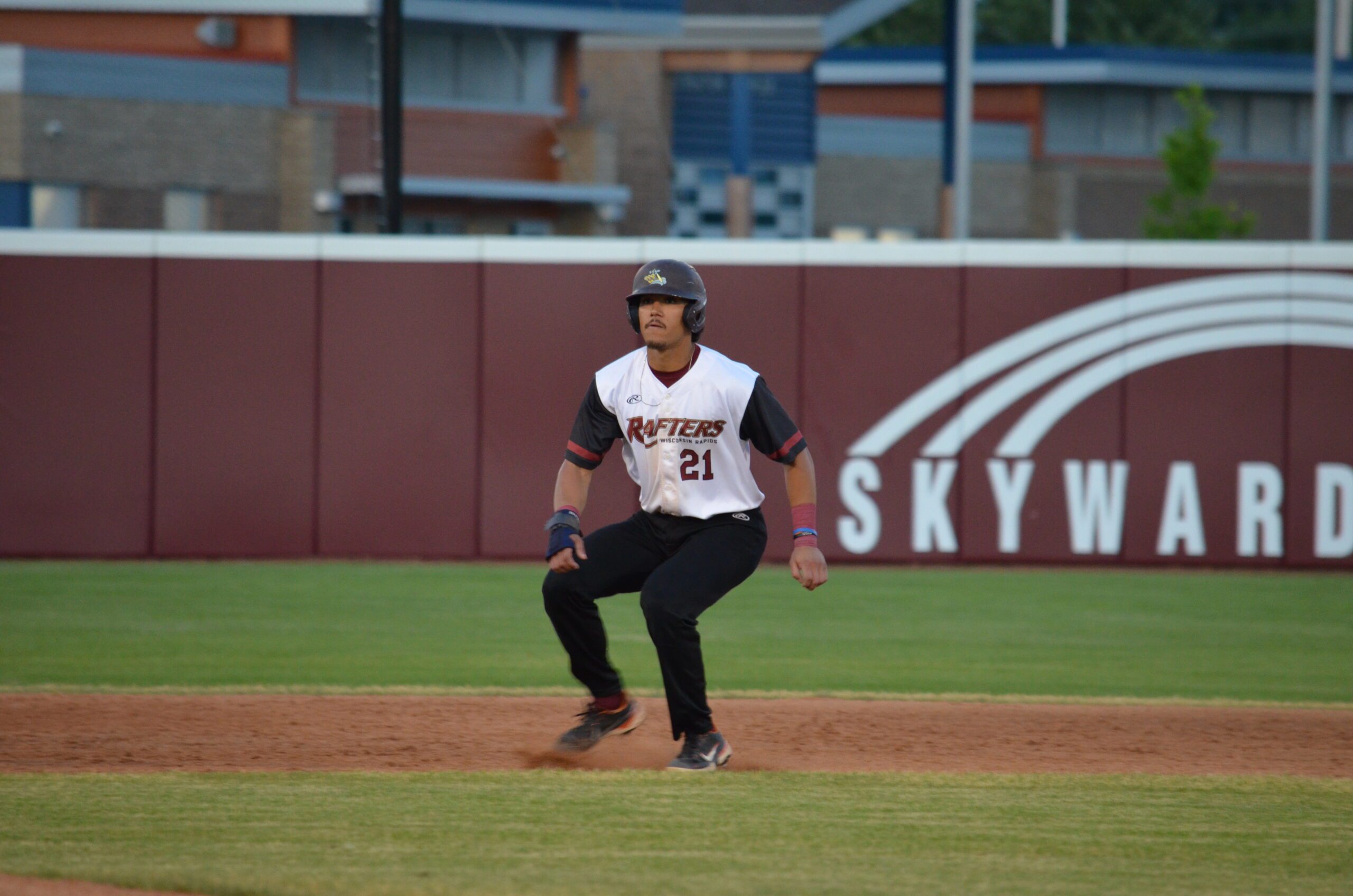 With a three game winning streak the Eau Claire Express remain as the leading team in the Great Plains East. The Express has scored a total of 15 runs in the past three games they have played. The Kalamazoo Growlers currently  lead the Great Lakes East winning 8 of their last 10 games.

The Kalamazoo Growlers win their first game against the Battle Creek Battle Jacks 11-2. Cole Russo (University of Central Florida) went four for five at the plate with a doubler and three RBI. Trey Lipsey (Ohio State University) had three hits with the second double of the night along with two stolen bases. Brandon Moore (University of Montevallo) had two singles and two stolen bases scoring each time he reached base. The team generated 15 hits with zero errors on the field.

The Fond du Lac Dock Spiders rallied back to defeat the Wausau Woodchucks 3-2. Jared Payne (Charleston Southern University) scored the first run of the game with an RBI single to left field. In the top of the 5th Evan Smith (West Virginia University) drove in the second run with an RBI single. Smith went two for four with a double as well. Tyler Hawkins (University of Louisville) had a sac bunt in the top of the ninth to score the winning run. David Craig (College of San Mateo) had the win on the mound throwing eighth innings with two strikeouts.

The Lakeshore Chinooks defeated the Kenosha Kingfish 7-6 in a ten inning game. The Chinooks scored their first four runs in the third inning with a lead off double by Marcus Cline (University of Wisconsin-Milwaukee) and later scoring on a single by Matthias Haas (Cal Poly). Cline had two hits and Haas had two RBI on the night. Joey Spence (Notre Dame) and John Bay (Oklahoma State University) both had two hits with a double each. The Chinooks generated five doubles with eleven hits. Tommy Lamb (Creighton University) started the game with six strikeouts in five innings.

The Madison Mallards won their second game in a row and their first game of the series against the Kokomo Jackrabbits 7-3. Christian Rivera (Erskine College) crushed a two run home run to take the lead in the bottom of the third inning. Rivera had three hits with three RBI. Josh Caron (University of Nebraska) had a double in the seventh to score two more runs. Caron had one hit, one walk and a stolen base. Bryce Woody (Lincoln Memorial University) closed the game throwing the last two innings with six strikeouts.

The Rochester Honkers take the first win of the series against the Waterloo Bucks 17-11. Theo Hardy (San Jose State University) went four for six at the plate with four singles and two RBI. Kevin Dowdell (West Virginia University) had two hits with a home run in the second inning and drove in four RBI. Nico Regino (San Joaquin Delta College) drove in two runs with three singles and reached base for a fourth time on a hit by pitch. Cam Lingenfelter (Roanoke College) started the game throwing five innings with seven strikeouts.

The Green Bay Rockers take down the Wisconsin Rapids Rafters 5-4. Chris Sleeper (West Virginia University) started the game throwing the first 5.1 innings with five strikeouts giving up five hits. The pitching staff combined for 10 strikeouts with zero errors on the field. Tristin Garcia (Western Kentucky) and Griffin Stevens (Tiffin University) hit a double each with one RBI. Griffin Shelby (Wagner College) had the only home run for his team scoring the second run of the game.

The Mankato MoonDogs now have a winning record on the season as they defeated the St.Cloud Rox 9-3. Sean Ross (Indiana State University) earned the Northwoods League Player of the Night going five for five at the plate with a double, triple and two RBI. Kai Roberts (University of Utah) and Orlando Salinas (Kansas State University) both had two hits with an RBI each. Luke Young (Midland College (TX) had the win on the mound throwing 2.1 innings with three strikeouts and allowed zero runs to score.

The Duluth Huskies rallied back to take the first win against the Bismarck Larks 7-2. Peyton Powell (University of Texas at Austin) drove in three runs with a triple to take the lead in the bottom of the seventh inning as a pinch hitter. Eduardo Rosario (University Nebraska Omaha) and Jared Mettam (Saint Mary’s College) both hit a double each with two RBI. Nolan Lebamoff (Valparaiso University) had the win pitching two innings with three strikeouts giving up zero hits and no walks.

The Traverse City Pit Spitters won their 12th game of the season as they defeated the Rockford Rivets 8-6. Jake Smallwood (University of Montevallo) led the offense with one hit and three RBI. Marshall Toole (Wofford College) reached base twice with a hit and a walk scoring each time with four stolen bases. The Pit Spitters had a total of 13 stolen bases and seven hits. Jeremy Neff (University of Richmond) threw a complete eight innings with seven strikeouts.