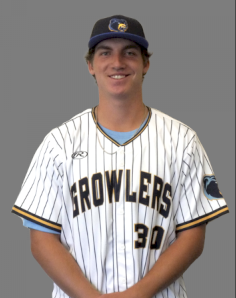 Tanner Knapp (Ball State University) from the Kalamazoo Growlers earned Northwoods League Pitcher of the Night throwing six scoreless innings with five strikeouts. Knapp led the Growler’s to their ninth victory of the second half of the season. Knapp has thrown 50 innings this season so far with 39 strikeouts. Knapp earned his fourth win on the mound tonight against the Kenosha Kingfish.

The Kalamazoo Growlers will play against the Kenosha Kingfish tomorrow at 6:35pm.