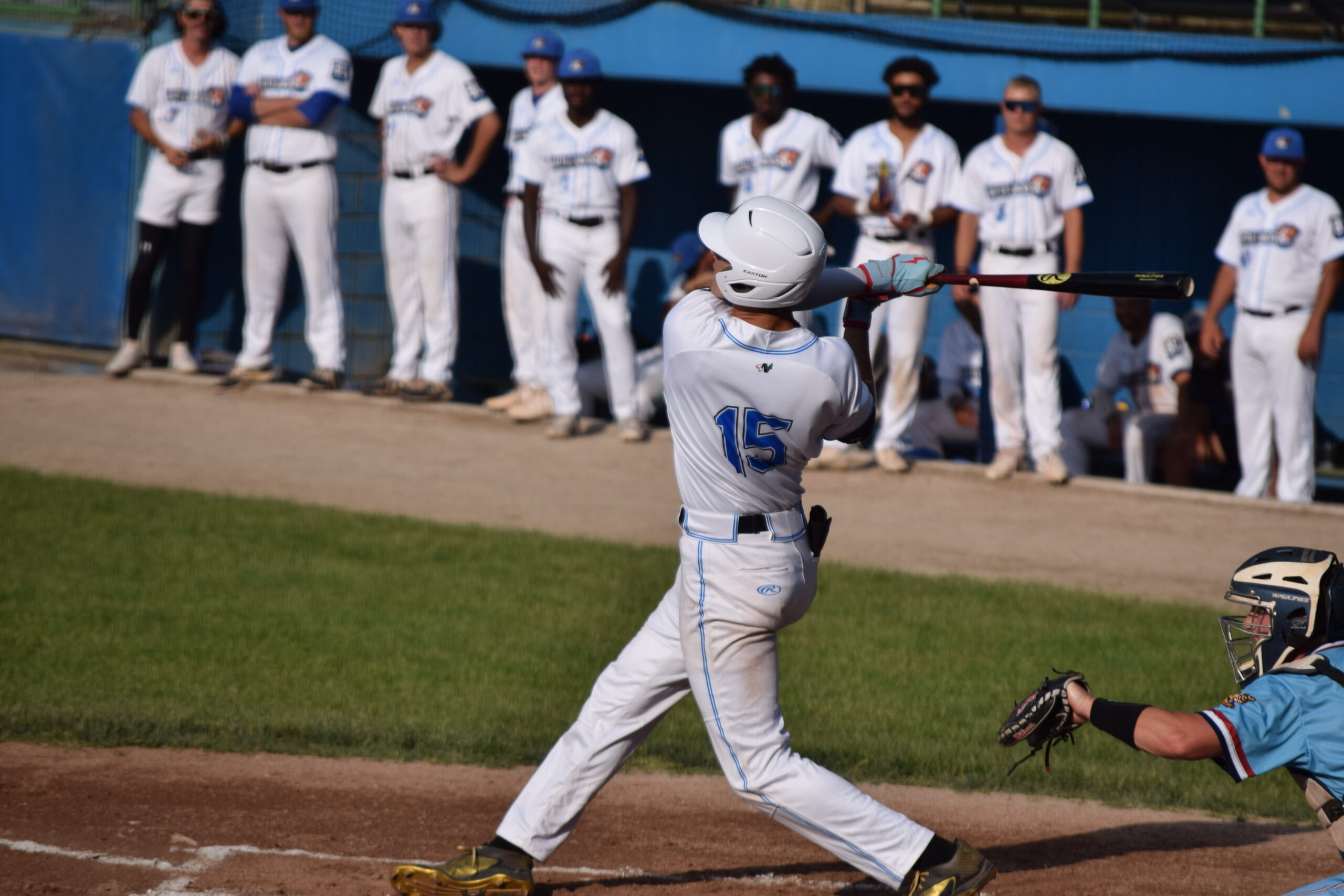 This one was a little less dramatic than the first game of the series. Dominant pitching and timely hitting told the story in this one. The timely hitting came early by way of a Patrick Mills double down the right field line that would plate three runners in the bottom of the second. Mills would single again in the 7th, giving him five multi-hit games in just six games played. Those runs would represent the 3rd, 4th, and 5th of the inning as a hit by pitch and walk would score the first two. Battle Creek didn’t need to score anymore runs for the win, but Joey Grabanski made sure to add some insurance in the bottom of the seventh, scoring Mills from second on a single. Billy Hanock was also fantastic at the plate going 2-4 with a single and a double. Rafael Gomez Jr. contributed today with a bunt and an absolute missile to left field, going 2-4 as well. Dillon Kark was also able to come around to score in the second after he singled.

The pitching was the big story as they allowed a season low, one run the entire game. That one run was unearned. Lucas Bixby was phenomenal in his debut start for the Battle Jacks. He went four scoreless innings, allowing just 3 hits and working out of multiple jams. The relief pitching that plagued Battle Creek is no more as four Battle Jack arms out of the bullpen went a combined five innings, allowing just one run on 3 hits with 6 strikeouts. Caleb Lenoux went 2, giving up the lone run but striking out 3. Nathan Ross relieved Lenoux and found comfort at his home MCCU Field, throwing one scoreless inning, and absolutely firing pitches in the strike zone. Gavin Knust would come in for him and he had his breaking ball working. He made one batter look silly with two straight that had the hitter looking, finishing him off with a third that had him swinging out of his shoes. To finish it off was David Stich Jr. After giving up a leadoff hit in the top of the 9th he came back with a swinging strikeout and trusted his defense to get the final two out. Once he found the zone it was game over for the Kingfish.

Battle Creek is now 6-2 on the season, having won 4 straight games. They are also on a streak of sweeps with 2. The, now first place, Battle Jacks look to continue both of those streaks on Wednesday at 6:35 against the Kokomo Jackrabbits.