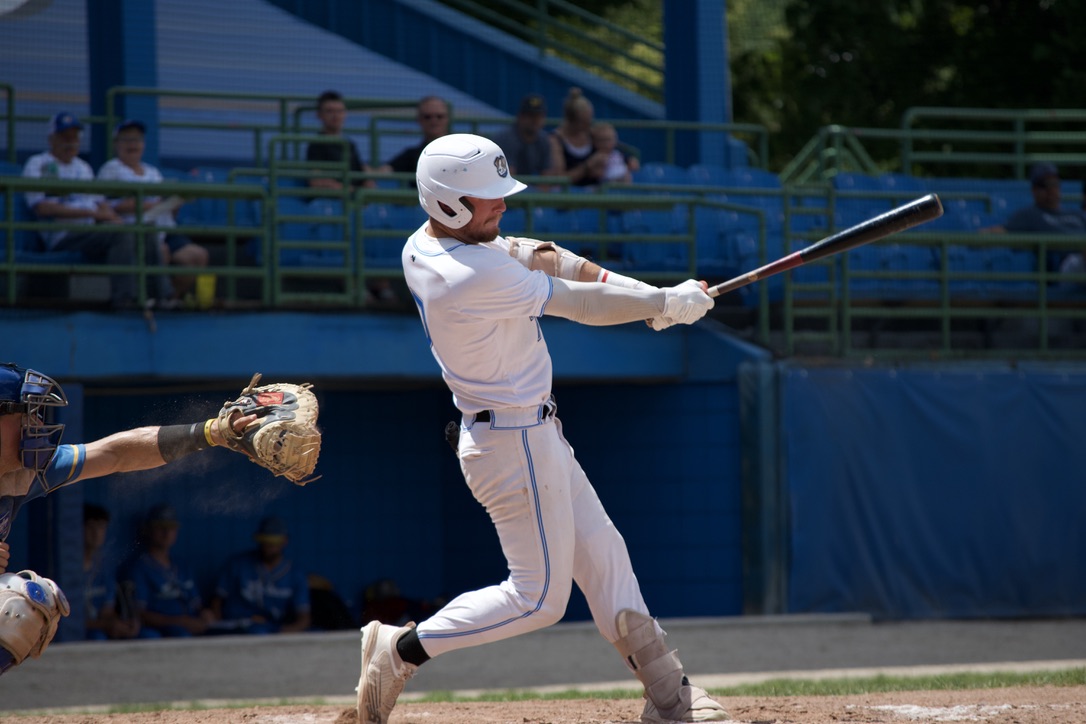 BATTLE CREEK, MI — In their final games for the Battle Creek Battle Jacks, Caleb Lanoux and Isaiah Gibbs showed out Sunday. Gibbs garnered a career-high four hits, and Lanoux matched his season-high with 5.1 IP in relief in Battle Creek’s 14-10 comeback victory to sweep the Madison Mallards.

After the Battle Jacks struck first, Madison put up a six-spot in the second. Most of the damage happened on a pair of two-run triples by Davis Hamilton and Josh Caron.

Then, Lanoux entered. He was unbelievable in his ultimate outing for the Battle Jacks, matching his season high in innings pitched while allowing just three hits and a walk.

By the end of the third, Battle Creek had already knotted up the game at six. Charlie Rhee stepped up with the bases loaded and delivered with a two-run single, and eventually scored the tying run by stealing home on a first-and-third play.

One inning later, the Battle Jacks grabbed the lead. Rhee grounded out with the bases loaded for a season-high third RBI on the day, doubling his total for the summer.

Since the Mallards had plated six runs in an inning earlier in the game, the Battle Jacks decided to return the favor in the sixth. Gibbs and Evan Borst both contributed RBI singles before Billy Hancock cleared the bases with a three-run double, his second of the season against Madison.

The Mallards got one back in both the seventh and eighth innings, and the Battle Jacks countered with a Brycen Sherwood RBI single in the bottom of the eighth. The Mallards scored a couple more in the ninth, but Gavin Knust came in to hold down the fort.

Rhee and Sherwood both had two-hit games, while Borst, Hancock and Aaron Dolney all added three hits. Gibbs paced the 20-hit effort by the Battle Creek offense with a season-high four hits and tacked on two RBI.

The sweep of Madison is Battle Creek’s first since early June during the team’s five-game win streak. The Battle Jacks (10-13) go on a seven-game road trip next. First pitch for Monday’s opener with the Fond du Lac Dock Spiders is scheduled for 7:35 p.m. ET.