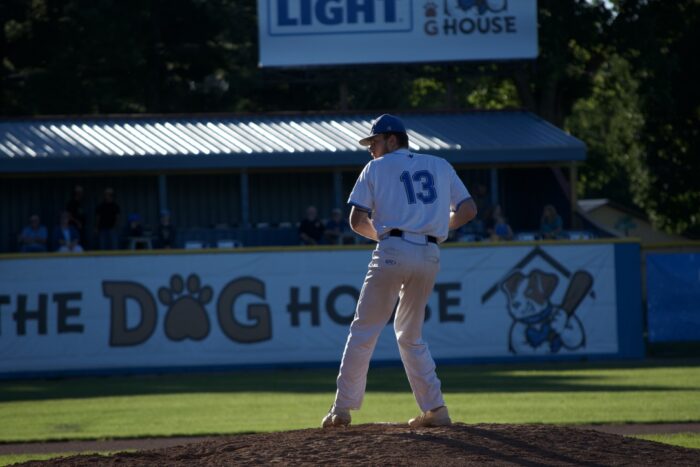 Rockford, IL–The Battle Jacks came into their final series of the season trying to finish at .500. To do so they needed a sweep of the Rockford Rivets. Unfortunately, their offense wasn’t able to get going as they lost 3-1. This gave Battle Creek its longest losing streak of the season.

Even though, the Battle Jacks scored first in the 3rd with an Evan Borst RBI single to center field, scoring Jace Matkin, they weren’t able to do anything else. They managed just five hits. Four of them came from Borst and Matkin. The other was off the Bat of Jimmy Wressel.

The Rivets responded in the bottom half of the inning with two of their own. They added another in the 6th to take the 3-1 lead that would ultimately decide the game.

Brett Sanchez was on the mound for the final time as a Battle Jack. He went 6.0 innings, giving up three earned on four hits, while striking out and walking four apiece. Travis Cowan entered the game in relief and went two scoreless innings, averaging two Ks per. It was a nice end to the season for Cowan.

The Battle Jacks will play their final game of the 2022 NWL season, tomorrow night. It’s game two of the series against Rockford, with first pitch scheduled for 6:35 PM.