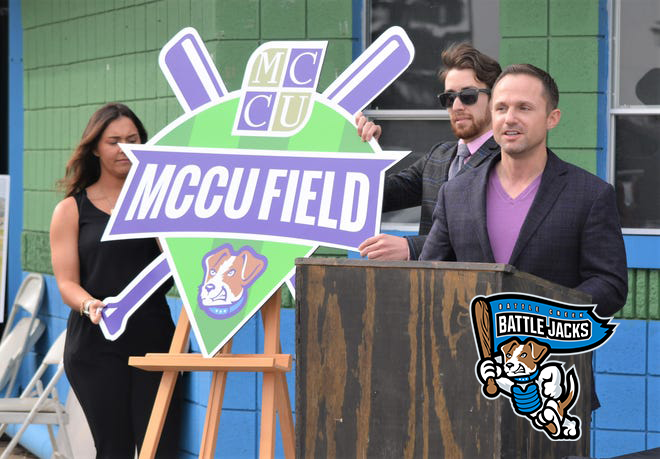 As we wrap up our 2022 season, the word that keeps coming to mind is change. There were so many unknowns after a lost 2020 season and a 2021 season still battling the challenges of COVID-19.  Where was this team going to go?  Who was going to lead this team? Would there even be a team?
When the dust settled, we had a new long term lease for our ballpark, a new long term partner and name for that ballpark, a new team name and identity, a new owner, and a new plan for the future of the team.
And at the forefront of it all was you, our fans.  You packed the park on more nights this season than the past 10 years.  You bought so much merchandise we couldn’t keep items in stock all summer long.  You’ve been there from the moment we announced our new team name and we can’t wait to serve you in our 2023 season.
I am so honored to have taken the reins of the team that brought me to Michigan in 2010.  I consider it an honor to own and operate this team. I believe in this team. I believe in our staff. I believe in our partners. I believe in this city.
We have big plans for our 2023 season. More updates to the ballpark. More staff to support our operations. More entertainment. More fun.
Although we can’t promise wins, we are already working tirelessly on an amazing roster of players to lead us to the playoffs. One thing I can promise, we are just getting started.
Thank you Battle Jacks Fans.
Sincerely,
Battle Jacks Owner
Brian Colopy

The Battle Creek Battle Jacks are a member of the finest developmental league for elite college baseball players, the Northwoods League. The Northwoods League is the proven leader in the development of elite college baseball players. Now in its’ 29th season, the Northwoods League is the largest organized baseball league in the world with 22 teams, drawing significantly more fans, in a friendly ballpark experience, than any league of its kind. A valuable training ground for coaches, umpires, and front office staff, 300 Northwoods League players have advanced to Major League Baseball, including three-time All-Star and 2016 Roberto Clemente Award winner Curtis Granderson, three-time Cy Young Award winner and World Series Champion Max Scherzer (NYM), two-time World Series Champions Ben Zobrist and Brandon Crawford (SFG) and World Series Champion Chris Sale (BOS). As well as 2019 Rookie of the Year and 2019/2021 Home Run Derby Champion Pete Alonso (NYM) and 2021 All-Star, MLB Gold Glove winner and 2019 Second Team All-MLB shortstop Marcus Semien (TEX). All league games are viewable live via the Northwoods League website. League games are viewable live at watchnwl.com and on ESPN+. For more information, visit www.battlejacksbaseball.com or download the new Northwoods League Mobile App on the Apple App Store or on Google Play and set the Battle Jacks as your favorite team.