Albee Weiss: A Kid at Heart but a Man on the Field

It’s 3:30 p.m. on gameday at Athletic Park. The Woodchucks are taking batting practice, preparing for their next to last game in the 2015 season. The 90’s playlist is loaded up in the pressbox, and the Backstreet Boys’ “Backstreet’s Back” is blaring through the stadium speakers.

Albee Weiss dances around outside the batting cage, twirling in circles and gyrating his hips. He uses his bat as a microphone and points it at his teammates as he serenades them with his best lip sync rendition of the pop hit from 1997.

Less than 30 seconds later, Weiss hops into the cage, digs in the batter’s box and crushes a soft toss pitch out of the park. The ball easily soars over the left center field wall, landing at least 350 feet from home plate. After a couple more swings, Weiss exits the cage and goes back to bopping his head and shaking his shoulders to the tune with an ear-to-ear smile.

At 6-foot-2 and 225 pounds, Weiss is one of the largest and strongest 19-year-olds you will ever encounter, literally a kid in a man’s body. And while he keeps things serious on the field, Weiss likes to stay loose off of it.

“I think we are a bunch of adults playing a kid’s game. When I step between the lines, it’s all business,” Weiss said. “But there needs to be some fun in there too. We can forget the big facet that we are all out here to have fun, and it is a game. I think keeping a light mentality helps produce better results.”

This summer Weiss has generated excellent results with the Woodchucks. The freshman from Cal State Northridge leads the entire Northwoods League in home runs with 17 jacks, which is just three shy of the single-season league record, and he is slugging a whopping .531.

With biceps the size of tree trunks and hands that can strike like lightning, it’s no surprise that Weiss has appeared in a handful of home run derbies over the course of his young career, most recently the Northwoods League Home Run Challenge, and he has won as many as he has lost.

There is one home run that sticks out in his mind though.

“I remember the first time in my adult life, I think it was eighth grade, when I hit a home run,” Weiss said. “I saw a big leaguer would give a bat flip, and I thought it was admirable so I did it. Took my time running the bases, got in the dugout, went to high-five my dad, he pushed me up against the wall and said just one word, ‘humility.’”

Weiss and his father, Carl, were molded together by the game of baseball. On top of learning how to carry himself on the field, Albee developed a drive to succeed from his dad.

“My dad was always older than all the other dads, and you would never know it. Growing up, he was always the coach, he was always throwing batting practice and always the one on the field,” Albee said. “He was always the guy pushing me to get better. It didn’t matter if I went 3-for-4 or 0-for-4, he always taught me to be the same guy every day. Be hungry and be humble.”

And Albee has tried to remain that guy, even without his father around. As Albee dominated on the field at Agoura High School in Southern California, Carl Weiss developed lung cancer and passed away at the age of 72 in 2013.

When Albee crushes a ball out of the park now, instead of performing a bat flip, he points upward to his dad as he crosses home plate.

“He taught me everything I know about baseball physically and mentally,” Weiss said. “And when he got sick, it was just more motivation for me to get better and do it for him.”

Weiss was on top of his game throughout high school. In 2012, he was named a Baseball America Top 100 Underclassmen. As a senior in 2014, Weiss hit .350 with 10 home runs and was selected to the California All-State Third Team.

The production at the plate produced opportunities for Weiss to play college ball almost anywhere in the country. He held offers from Arizona, San Diego, Santa Barbara, Washington and Auburn, but Weiss decided to attend Cal State Northridge, which was just a 20-minute drive from home.

“When my pops was sick, I decided it was going to come down to just Southern California schools, because I wanted to be there for my mom after he passed,” Weiss said. “I had a place on campus, but I ended up at home a lot of the time, helping out at home and doing things around the house.”

Even as he travelled back-and-forth between Agoura and Northridge, Weiss furthered his baseball skills. He appeared in 51 games as a freshman, including 44 starts at designated hitter, catcher and first base. In conference play, Weiss hit .265 and tied for the team lead with 12 RBI.

While Weiss enjoys playing first base and taking on the designated hitter role in order to contribute with his bat, catcher is his true calling.

“I’m a catcher by trade. That’s definitely the position I want to advance for the next two years in college and the majority of my career. I always want to be a catcher. I think it’s great managing a pitching staff,” Weiss said. “It’s a role I’d like to take on in the future, power-hitting catcher, that can go a long way.”

A 2015 Northwoods League All-Star, Weiss knows he has the power. Now, he’s focusing on improving his approach at the plate, and that helped up his batting average to .263 and on-base percentage to .327 with the Woodchucks.

“As I’ve progressed this summer, I’ve looked at it more as I’m a good hitter physically, I want to get better mentally, so I can produce in big situations,” Weiss said. “I never intended to be a guy who only hits home runs. I just try to hit the ball hard and put together quality at-bats.”

As he works on his consistency and pushes toward the professional level, Weiss keeps a particular piece of his childhood in mind. The Sandlot is one of his favorite movies, and he says he has watched it almost every month since he was six years old. One quote from the film really stuck with him.

In the movie, Babe Ruth visits a young Benny “The Jet” Rodriguez late at night and tells him, “Follow your heart kid, and you’ll never go wrong.”

“That line just kind of epitomizes that anything you want, you can go get it as long as you work hard,” Weiss said. “I don’t consider myself to be one of the best athletes on the field at any given time, but I’ve always worked harder than everybody else and I want to pride myself on that.” 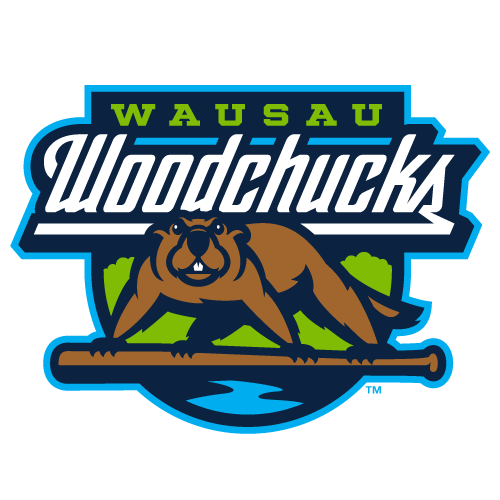