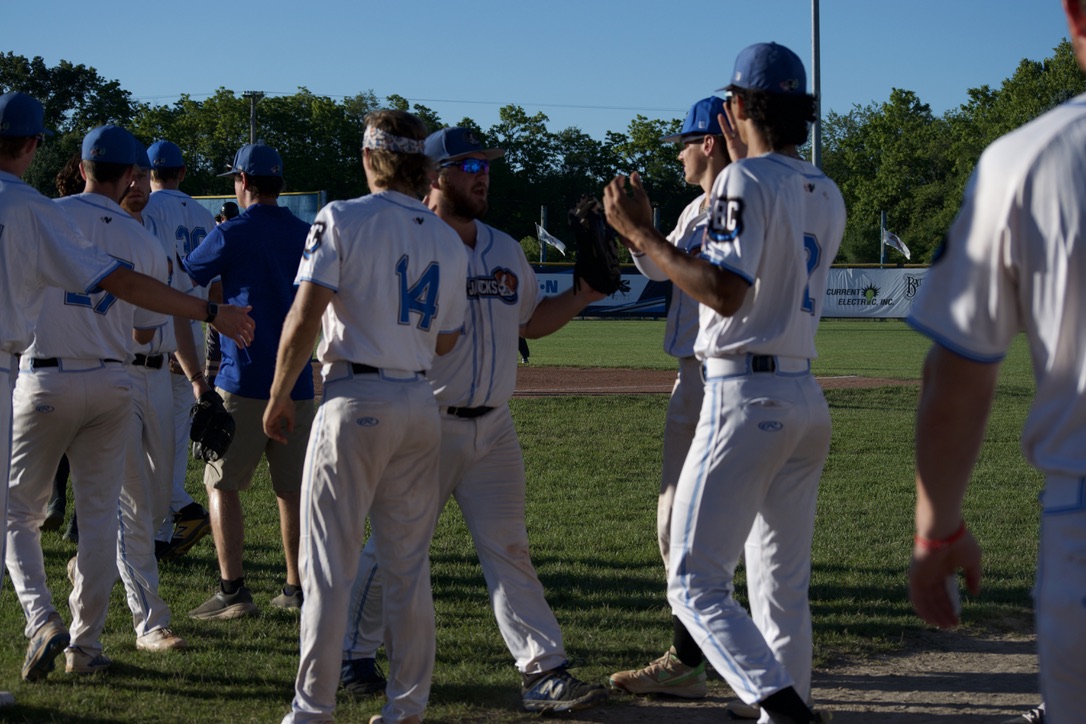 FOND DU LAC, WI — As Jace Matkin crossed the plate in the top of the seventh inning, it represented more than just another insurance run. It completed a 10-spot for the Battle Jacks (29-32). On Monday, the Battle Jacks were ahead nine runs in the bottom of the ninth before the Dock Spiders (33-28) roared all the way back to tie the Northwoods League record for largest ninth inning comeback. With the league off-day to think about it, the Battle Jacks entered Wednesday with a purpose. That purpose: defeating the Dock Spiders, which they did in 17-6 fashion.

The Dock Spiders threatened early with three weak contact hits, including two infield singles from Nick Mitchell and Parker Noland as well as a bloop hit from Andrew Sojka. However, a tailor-made groundball ended the inning with a double play.

The Dock Spiders finally were able to capitalize on a bases loaded situation after a wedge-like chip shot from Nick Mitchell plated one. Sojka sent a deep shot to right center only to be robbed by Jace Matkin, however, a run would score on the tag to give the Dock Spiders a 2-0 advantage.

Outside of Aaron Dolney reaching on an error in the second inning, the Battle Jacks were retired in order in the first three innings.

The fourth inning told a different tale as Patrick Mills hit a short roller back to the pitcher, but the ball was mishandled by Alderman at first and Mills ended at third on an E3. Billy Hancock hit a shot to through the 5-6 hole to plate a run and cut the lead in half. The bases were loaded for Ray Hilbrich, who sent a deep fly ball to tag Hancock and tie the game. Jace Matkin, Robbie Merced, and James Canar added singles of their own. Canar extended his hit streak to seven.

The Dock Spiders switched to their reliever Connor McKenna, who first faced Hancock. Hancock followed up his great day at the Major League Dreams Showcase with his 3rd RBI on the inning with a line shot and the bases loaded for a 7-2 lead.

With runners on the corners for the Dock Spiders, Parker Noland punished the Battle Jacks with a 2-RBI double.

Two innings later, the Dock Spiders kept pouring it on with Nick Mitchell reaching on a fielder’s choice and Alderman scoring him on a single to center. An E6 on an airmailed pass to first scored another run and, in the blink of an eye, it was a one run contest.

The Battle Jacks finally answered in the seventh inning and answered emphatically. Hilbrich started it off with a single that ended in a wild pitch score. With Matkin and Merced on base, James Canar lifted a huge double to left-center field that brought two more home. Borst sat on third and was driven home as Hancock collected RBI number four.

If you thought BC was done, they were far from it as Mills joined Hancock on the base paths. Aaron Dolney then ripped his second triple of the season and Grabanski followed it up with an RBI single of his own. The second pitching change by the Dock Spiders in the inning led to a Jace Matkin 2-RBI triple. Matkin was brought around by Merced and finally the Battle Jacks were done after putting up 10 runs in the seventh for a 17-6 lead.

Damon Cox closed out the game, pitching 3.0 innings, allowing 1 hit, striking out a summer-high 3 batters and allowing only one run.

The Battle Jacks start a five-game series against the Kokomo Jackrabbits tomorrow with the resumption of the rain out at 4:30 p.m. EST.