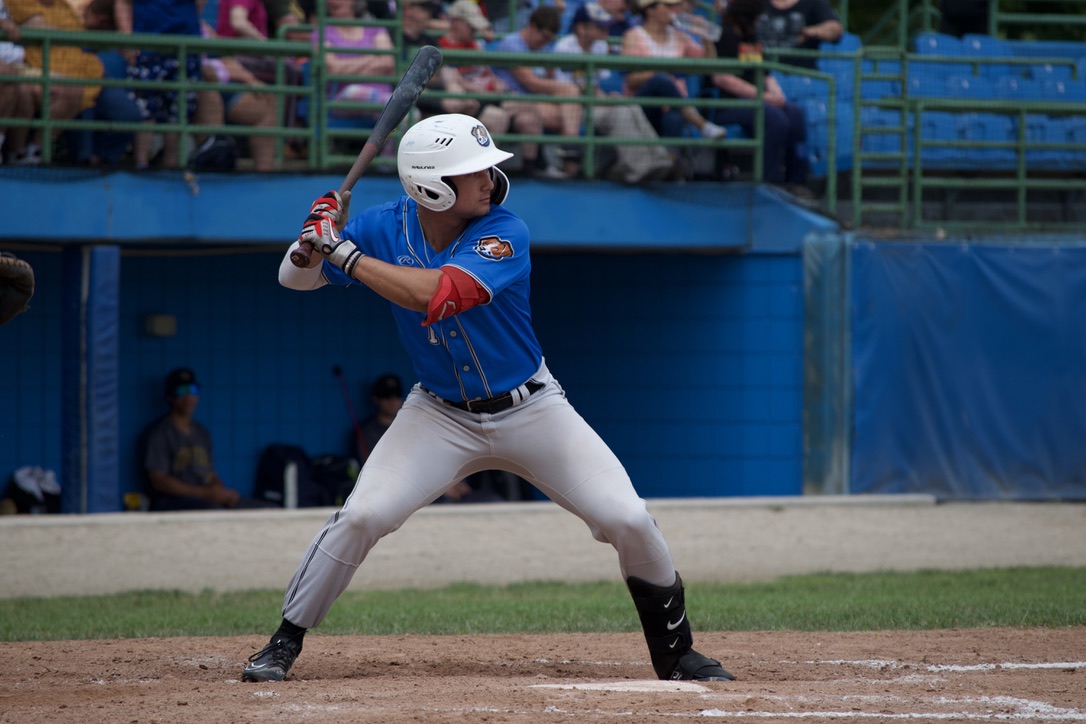 KOKOMO, IN — On the ninth pitch of his at-bat, Charlie “Clutch Chuck” Rhee crushed a two-run triple into the right-field corner to put the Battle Creek Battle Jacks ahead 6-5 in the eighth inning. They would hold on to beat the Kokomo Jackrabbits 7-6 on Saturday night for their fifth win in a row.

The Battle Creek offense continued its strong form with a four-run second frame. Brycen Sherwood and Evan Borst both delivered RBI singles in the inning.

Kokomo scratched a run across in the bottom of the third. Tyler Traphagen stole home on a first-and-third play to make it a 4-1 game.

Then, the Jackrabbits plated a couple more in the fifth. Mark McNelly rocked an RBI double to left, and a Conner Throneberry sac-fly brought Kokomo within one.

Kokomo took the lead in the sixth. Nick Harms blasted a two-strike pitch for a two-run triple to right to provide the Jackrabbits with a 5-4 advantage.

But, the Battle Jacks got the lead back in the eighth. Rhee worked a full count and stroked a go-ahead, two-run triple to right. Next, Sherwood lifted a sac-fly to right to hand Battle Creek a 7-5 edge.

The Jackrabbits scratched another across in the bottom of the inning with an RBI double to left by Harms, his fifth hit of the day. However, Harms was caught being too aggressive on an infield single by Brayden Carter, as he was cut down at the plate by Trevor Patterson after a feigned throw to first.

In the ninth, Gavin Knust struck out two to finish off an excellent relief outing. He struck out a season-high four batters over three innings to earn the win for the Battle Jacks.