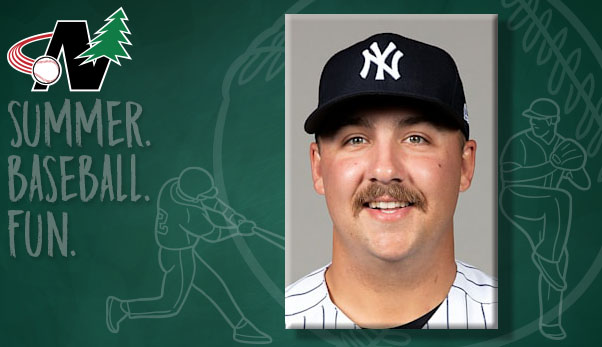 Weissert, who played collegiately at Fordham University, played for the Border Cats in 2015. He was drafted in the 18th round of the 2016 MLB Draft by the Yankees.

Weissert began his professional career in 2016 with the Pulaski Yankees of the Rookie Level Appalachian League. After five games he was promoted to the Charleston RiverDogs of the Lo-A South Atlantic League. Between the two clubs he was a combined 0-1 with a 2.84 ERA in 17 games. He struck out 25 batters in 19 innings and saved five games.

In 2018 Weissert started the season with Charleston and then was promoted, after 17 games, to the Tampa Tarpons of the Hi-A Florida State League. For the season he pitched in 36 games and was 4-4 with a 3.12 ERA. He struck out a career-high 86 batters in 60.2 innings and had four saves.

Weissert started 2019 in Tampa and then moved up to the Trenton Thunder of the AA eastern League to finish the season. In 39 games he was 3-4 with a 4.02 ERA in 65 innings. He struck out 77 and saved four games.

In 2021 Weissert began the year with the Somerset Patriots of the AA Northeast League. After 12 games he was sent to the Scranton/Wilkes-Barre RailRiders of the AAA East League. Over 40 games between the two teams he was 4-3 with a 1.64 ERA in 49.1 innings. He struck out 60 and saved six games.

Prior to his call-up to the Yankees, Weissert had appeared in 40 games with the RailRiders and was 2-1 with a 1.76 ERA. He pitched in 46 innings and struck out 67. In his Major League debut against the Athletics, Weissert entered the game in relief and pitched .1 innings and allowed three runs.