Mequon, WI- Every year on Father’s Day, social media is flooded with sappy posts honoring Dads of every shape and size. While these men certainly deserve recognition for all that they do, if they’re anything like my dad, they’ll never see that filtered photo of the two of you on Instagram or the appreciative tweet almost all of your followers threw a like on.

Most Dads aren't up on the biggest trends—only a rare few know what a fidget spinner is, how a meme works and why Beyonce having twins matters to the rest of the world—and most dads could care less about social media.

But, every dad knows these three things: sacrifice, dedication and unconditional love.

From the simple perspective of baseball, my dad would throw me batting practice, hit countless ground balls, throw on a catcher's mask or throw out way too much money on baseball gear I thought I needed. Everything he did, he did for me, and there’s certainly no way I can ever repay him for it. But, that’s the thing about dads, they don't expect you to repay them, instead, they expect you to pay it forward to your son or daughter.

This father’s day, and every other day, remember what your dad has done for you, and don't forget to give him a hug and tell him you love him because only around for so long.

So, in honor of all those dads out there, some of the Chinooks shared personal stories and explained why their dads are so special to them and the development of their baseball careers.

What my dad means to me and my baseball career:
He’s been really important to me because I could always count on him being there. He would come straight from work and show up in his work clothes and watch me play baseball. I would feel important just because he would show up. I think that speaks volume when you leave straight from your 9-5 to watch your kid play instead of going home and opening a beer.

My favorite memory:
It was fathers day—2006 or 2007— I believe I was 10 years old. I hit my very first home ever run over the fence and after the game, I gave him the ball and said it was for fathers day and the ball is still up on his shelf to this day.

What my dad means to my baseball career:
Ever since I was born, he was working with the Milwaukee Brewers. I was in spring training when I was in my mom’s womb. As a kid growing up, it was a pleasure and a blessing to be able to watch big leaguers do what they do and being able to learn from them

My Favorite Memory:
It was my 8th or 10th birthday party. He got us into Miller Park early, we sat in the dugout, watched BP and went to eat at TGI Friday’s. Marcus Hammil, the Brewer’s bullpen catcher, would always play catch with us. We were sitting above the bullpen before the game and he would keep telling us to drop fries and he would catch them in his mouth then catch a pitch.

What my dad means to me and my baseball career:
Pretty much everything. He's pretty much sacrificed his whole life just around me playing baseball. Now matter how late he’s working, he’s always made time or me. He’s always struggled, but he’s always made sure he’s had enough money to buy me equipment and made sure I had a team to play for. I feel like that’s his priority, me and helping my dream come true.

My Favorite Memory:
I was pitching in a really close district game and everyone is talking crap to me and it’s getting kind of personal. We ended up losing and I kinda ran it off after the game by myself. Found out later that my dad followed the coaches to the buses and let them have it for me. I thought it was really cool he had my back like that.

What my dad means to me and my baseball career:
The best thing my dad has ever done is not do anything. I don't come from a baseball family, which I’m thankful for, I’ve played with a lot of kids whose dads are always on their butts the whole entire time about doing this and doing that. He’s always just been supportive and, after doing something, he doesn't critique it. He’s just happy I get to play.

My favorite memory:
When I was in 8th grade, he built me a pitchers mound and he wanted to start catching me in the back yard. He bought this thing called a nutty buddy, you put it on top of a baseball bucket. It sits like a chair, but it comes up and covers you. I threw one at the bucket and it hit the bucket and he fell down backwards. He never caught me again.

What my dad means to me and my baseball career:
He’s pretty much taught me everything I know, so far. He’s helped me out since I was four years old when I started playing baseball and he's been with me ever since.  Other than that, he's been a great supporter.

What my dad means to me and my baseball career:
He hasn't really pushed me to play baseball, but he says he enjoys watching the games and coming to them. So, I just want to keep playing as much as I can. I text him a lot and we talk almost every day. He tries to the best he can to watch all my games and he’s been keeping track so far with these games.
Mainly, he pushes me to get a good job when I’m older. I’ve been thinking about that a lot lately. I go to him for financial advice a lot and he'll give it to you the hard way, but he knows how to be smart with certain situations.

My favorite memory:
My dad has been to a couple of championship games we've won. We won a National Tournament when I was 11, and we won a State tournament in travel ball when I was younger. He was there for all of those and it was a pretty cool memory.

What my dad means to me and my baseball career:
He’s always been there for me and kept me in the gym mostly. He got me in the gym at an early age and showed me the importance of it.
I only used him a few times [as batting practice test dummy], I didn't take advantage of him. He probably would've been upset if I would've hit him with a screaming line drive.

My favorite memory:
Growing up, we did a lot of hunting together and still do. I have a lot of good memories going outdoors with him. Every yer we go out and duck hunt. We just got a new black lab and we’re training her. 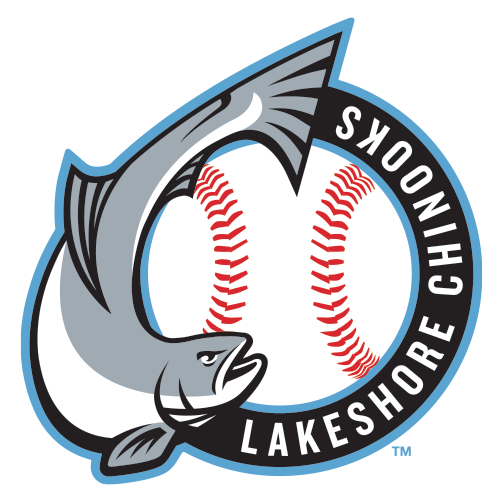