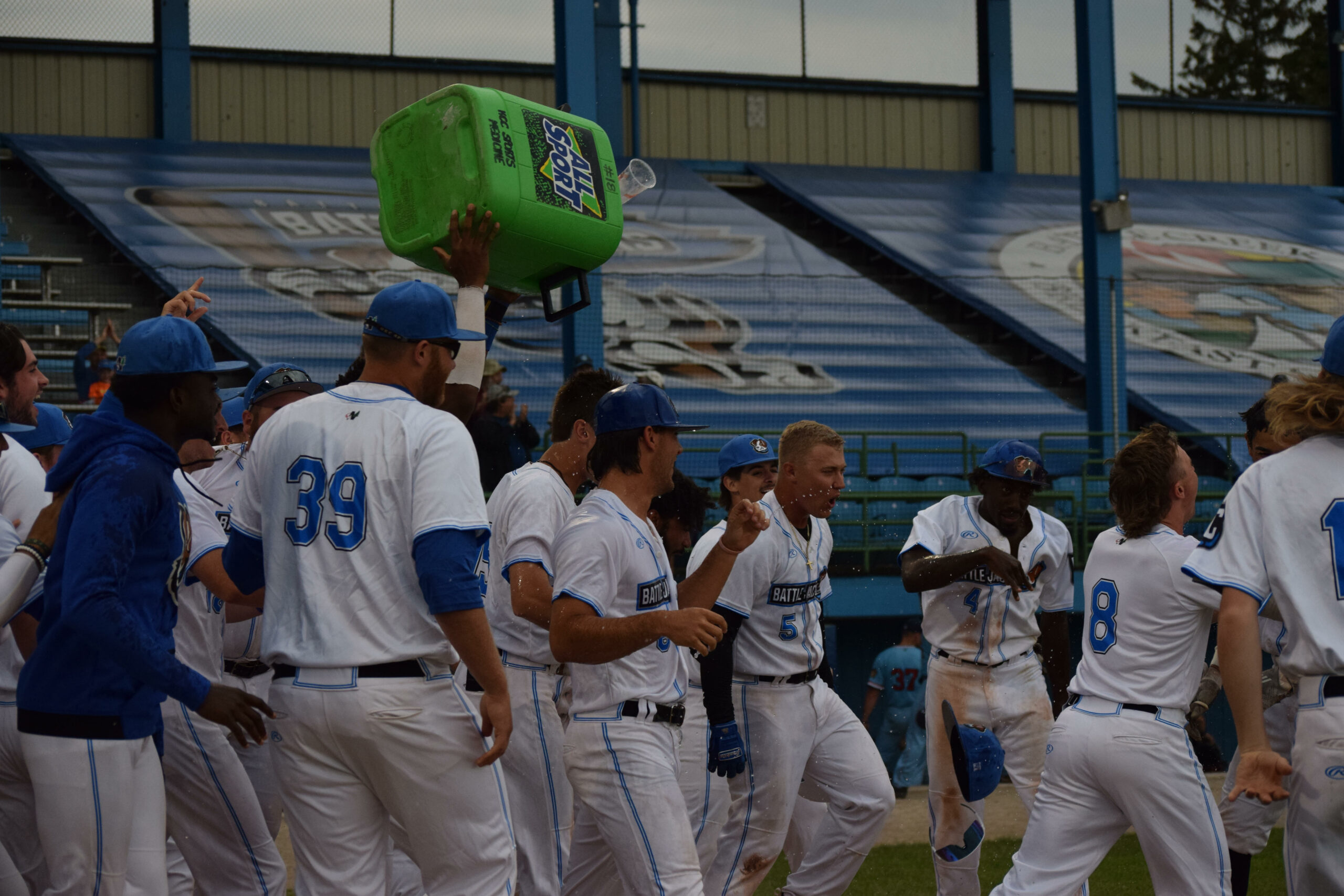 BATTLE CREEK, MI — Down to his final strike, Robbie Merced destroyed a three-run home run to give the Battle Creek Battle Jacks a thrilling 8-5 win over the Kenosha Kingfish Sunday. With the victory, the Battle Jacks joined the Kingfish atop the Great Lakes East Division.

It took until the fourth inning for either team to score, as Ian Collier lifted a sacrifice fly to center for Kenosha. The Kingfish doubled their lead in the sixth with another sac-fly, this time by Brady Counsell.

Reliever Dominic Hann kept the Battle Jacks in the game, surrendering just one run and two hits over 3.1 IP. Bobby Nichols and Jace Matkin starred in the outfield for the Battle Jacks, each making diving catches to help Hann out.

Trailing 2-0 in the seventh, Pat Mills rocked a bases-loaded triple to right. It cleared the bags to hand Battle Creek a 3-2 cushion.

However, that lead was short lived. Counsell doubled to begin the top of the ninth, Michael Dallas reached on a fielder’s choice and James McCoy plated them on an error by the center fielder to put the Kingfish back in front. Kevin Bushnell scored McCoy on Kenosha’s third sac-fly of the game, enough for a 5-3 edge.

Then, Merced decided he didn’t want the game to go to the tenth. His third hit of day cleared the wall in left and bounced into the Dog House for a game-winning three-run blast.

The Battle Jacks (5-2) host the Kingfish (5-2) again Monday, in search of their fourth straight win and second consecutive two-game sweep. First pitch is at 6:35 p.m.