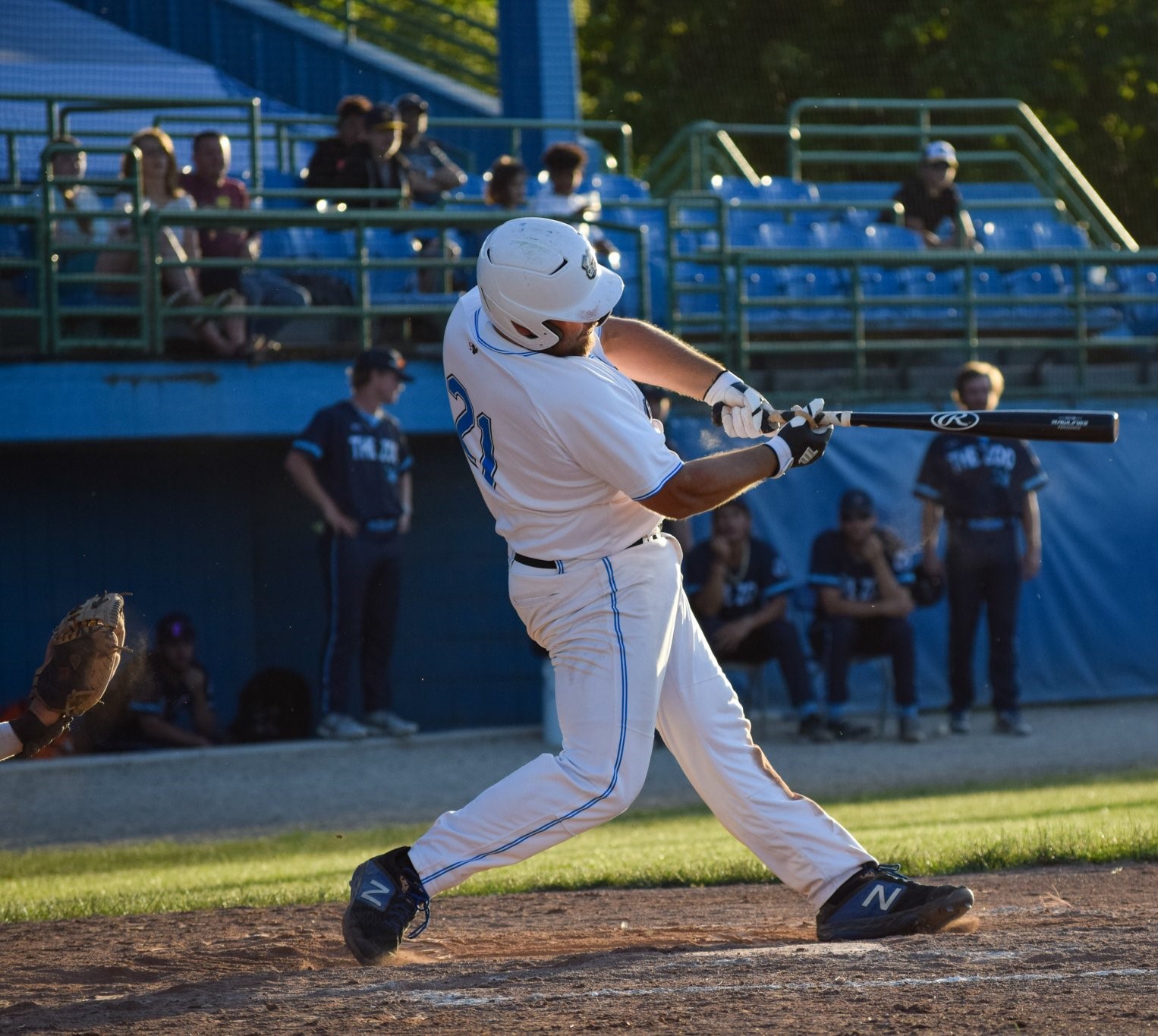 Battle Creek, MI–The Battle Jacks (11-8) entered the two game series against Kokomo (6-13) on a two game skid, having been swept by the Kalamazoo Growlers. With the Jackrabbits struggling early this season, the Battle Jacks looked to put some distance between them and Kenosha in the standings before their upcoming series. They would do just that winning 9-5 with a four spot in the bottom of the 8th inning. It wasn’t quite peak Cardiac Jacks, but they showed themselves today.

Three runs score would score in the bottom of the 3rd on three hits for the Jacks. Core Jackson lead the inning off with double. A Patrick Mills single drove him home. Then with two runners on, Joey Grabanski drove home two more with a heater down the 3rd base line. Battle Creek would plate another in the 4th as Rafael Gomez Jr. bunted his way on base, stole second, and advanced to third on an arrant throw down to the short stop. That would set up Jackson for the sac fly opportunity, which he capitalized on.

Kokomo responded in the 5th with three runs of their own. It started with Luke Sartori reaching on an error. He would later come around to score off a Matt Aribal two RBI double. Had that error not occured, the Jackrabbits would have been retired, sending just four batters to the plate.

In the 6th it was Mills with his second RBI single, driving in Robbie Merced to grow the lead to two, 5-3.

The Jackrabbits responded in the 7th with two more runs as they started the inning with three straight walks. Connor Throneberry brought home two of them with a double down the left field line.

Battle Creek just needed one run in either of the final two innings to win this ball game. They went above and beyond scoring four in the inning. Jackson and Billy Hancock both scored for the second time as Grabanski hit his second two RBI double to the left field corner. Matkin brought him home with a single. He was then driven in by Dillon Kark for run number four.

Dominic Hann was fantastic in his start going 5.0 innings, allowing eight hits, but giving up no earned runs. He had great command of his pitches, especially his breaking balls, starting hitters out with a first pitch strike 68% of the time. Caleb Lanoux was brilliant in relief. He threw 3.0 scoreless innings, striking out three and not allowing any hard contact. His command, like Hann’s was what set him apart. He was painting corners and only allowing hitters to either pop out or pound the ball into the ground.

The Battle Jacks earned the much needed win, and will stay atop the Great Lakes East. They’ll look for the sweep against Kokomo tomorrow for the 6:35 first pitch.