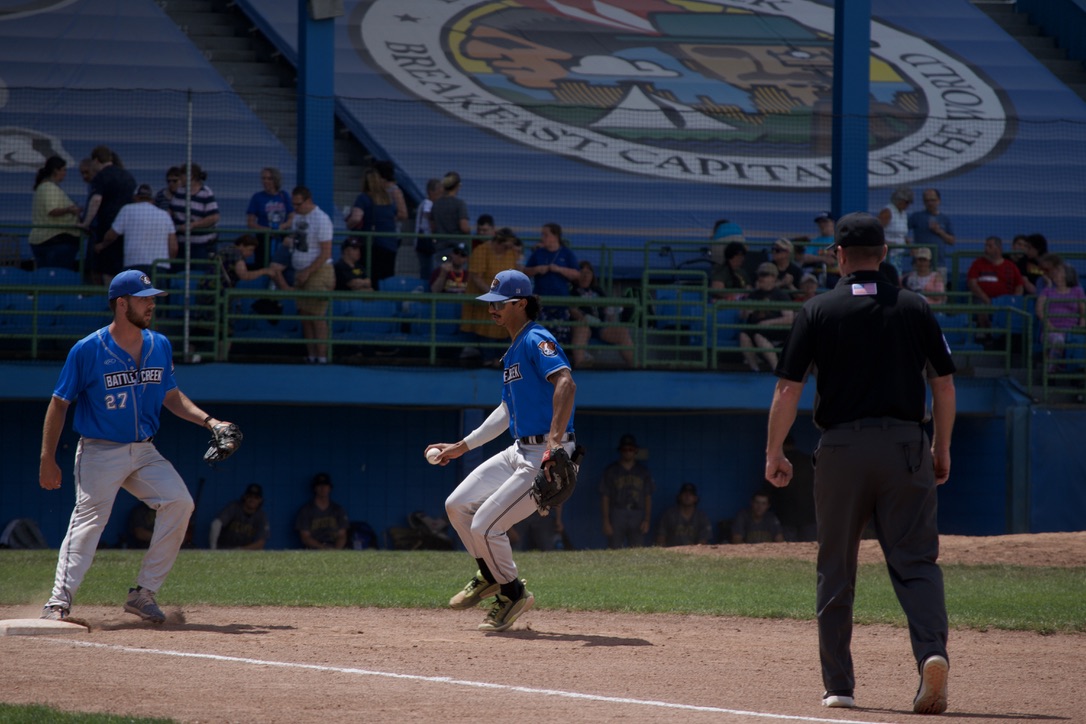 BATTLE CREEK, MI — After a heartbreaking 10-9 loss in the first game, the Battle Creek Battle Jacks were swept by the Rockford Rivets with an 8-2 defeat in game two Thursday. Despite outhitting Rockford over both games, the Battle Jacks struggled to halt the Rivets’ bats.

Due to a five-spot in the second, the Rivets plated six runs through the first two innings of game one. Brandon Bannon had an RBI single and Matthew Mebane crushed a two-run double in the second frame.

In the fourth and fifth innings, the Battle Jacks got three runs back. Robbie Merced blasted a booming RBI double to right center, and Brycen Sherwood and Ray Hilbrich both delivered run-scoring singles.

After Rockford added an insurance run in the sixth, Battle Creek negated it in the bottom of the frame. Evan Borst singled to left, decreasing the deficit to 7-4.

Trailing 10-4 in the bottom of the seventh, the Battle Jacks clawed back starting with a Merced sac-fly. Then, Sherwood turned a two-run triple into an inside-the-park home run thanks to a Rockford error, completing the four-spot.

Hilbrich sent an RBI single to center in the eighth. But, the Rivets held on for a narrow 10-9 victory.

Other offensive standouts for the Battle Jacks included Billy Hancock and Charlie Rhee, who collected a two-hit game and a three-hit performance, respectively. Meanwhile on the mound, Ben Harris and Cole Altherr combined for seven innings of relief with only two earned runs allowed.

The nightcap of the doubleheader provided a little less excitement for Battle Creek fans. The Rivets scored the first seven runs of the game before the Battle Jacks finally got on the board in the eighth with a Hancock RBI single.

Jace Matkin provided an emphatic end to a disappointing day, clobbering a solo shot to center paired with an epic bat flip. Also, Anthony Tejeda took an at-bat in his final game for the Battle Jacks.