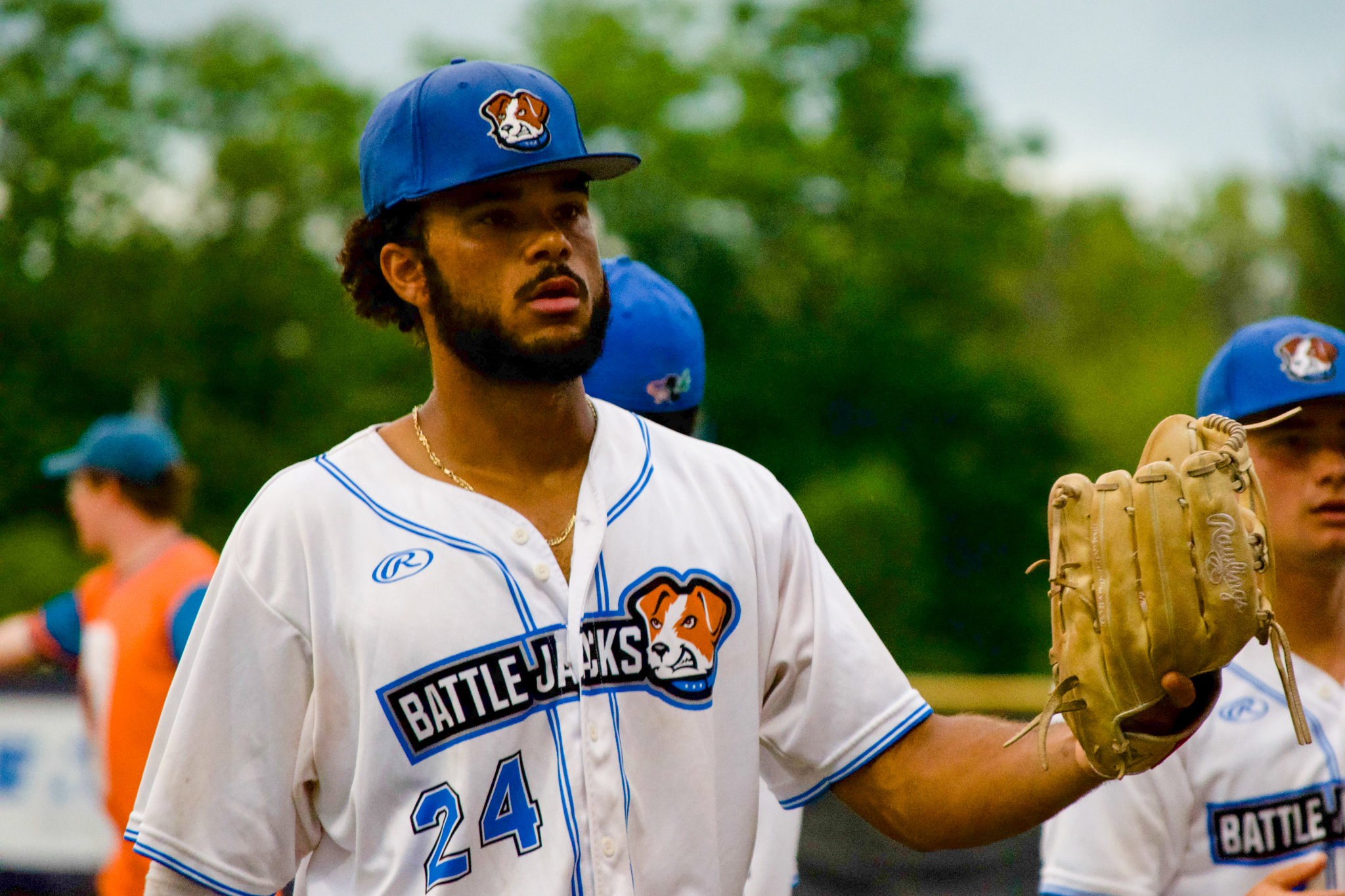 Battle Creek, MI–Even though they were eliminated from playoff contention yesterday with the loss to Kokomo, the Battle Jacks still had some stuff on the line. They’re looking for the first winning season in Battle Creek since 2008. They could also win a couple season series during these last six games. The first chance came tonight against the equally hot Traverse City Pit Spitters. While the Pit Spitters boasted a 23-7 record coming into this one, both teams were 7-3 in their last 10 games. Traverse City just needed one more win to clinch the postseason, but the Battle Jacks said “it’s not happening tonight,” as they took the 8-3 win.

The scoring started in the 1st with a Jace Matkin RBI fielder’s choice that scored Aaron Dolney. They were able to get their with three straight singles from Dolney, Ray Hilbrich, and Joey Grabanski. Then, in the 4th, they added four more. Brycen Sherwood started the inning with a single to right field, followed by a Robbie Merced hit by pitch, Evan Borst successful bunt, a Billy Hancock fielder’s choice that allowed him to reach third because of two errors, a Dolney RBI single, a Hilbrich double, and, finally, a Grabanski sac fly. They wouldn’t stop the scoring there, adding one more in the 5th on a Sherwood sac fly and two more in the 8th with back to back RBI’s from Grabanski and Matkin. The Pit Spitters did all of their scoring in the 4th as the first three hitters reached and all scored. Other than that, they would be relatively shut down.

That was thanks to the pitching from Jackson Braden. He was phenomenal in the start, going 6.2 innings, allowing just eight hits and three runs, while striking out six. While the eight hits might seem like a lot, it really wasn’t hard contact. Traverse City was able to reach on a lot of fluky hits that inflated the number. The six K’s were the second most in an outing from Braden this season. He was feeling his stuff all game. Then Brayden Childress came in relief and shut down the Pit Spitters, even with a shaky start. Brett Sanchez returned to his reliever role to record the final two outs of the game, although the play was really made by James Canar who turned on the burners to catch a ball in the shallow right field dead zone and making the heads up play to throw out the runner at first before he could get back to the bag.

The Battle Jacks moved to 7-4 on the season against the Pit Spitters and 34-33 overall this season. They have a chance to increase both of those win totals tomorrow night in the same spot, against the same team, at the same time, 6:35 pm.