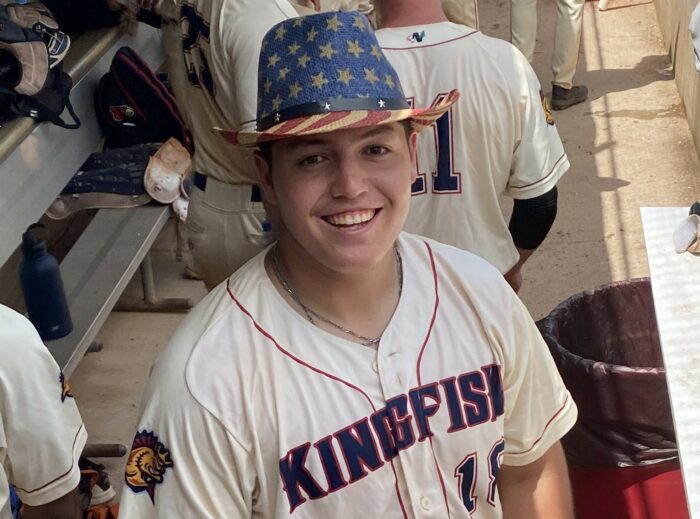 The Kenosha Kingfish shut out the Traverse City Pit Spitters 4-0 in the first leg of a double header Wednesday.

The offense on both sides was dead silent until the seventh inning when Jacob Tobias sent the first Kingfish grand slam of the year into the Fish Bowl Club in left field. The opposite field shot was Tobias’ second in as many games, and he now has 7 RBI’s in the last two contests.

Marshall Toole had yet another impressive day on offense for the Pit Spitters, as he went 2-for-3 at the plate with a hit by pitch as well.

Clark Candiotti took the hill for Kenosha and pitched 6 innings of shutout ball while giving up four hits, two walks and striking out seven batters for the no decision.

Mason Patel made his second start of the year for Traverse City and pitched 5.1 innings of scoreless ball while allowing four hits, no walks and fanning nine hitters.

The Kingfish (9-7) have sole possession of second place in the Great Lakes East division, and the Pit Spitters (8-8) are sitting in third place. Kenosha takes on Traverse City for the second game of the doubleheader with the first pitch being at 6:35 p.m.