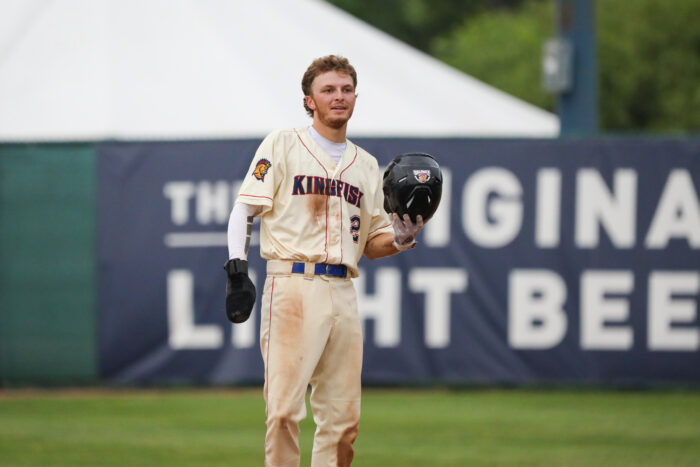 Kenosha has lost five straight games, and the Rafters have come out victorious in their last three.

The Rafters put up a five-spot in the first inning to set the tempo early. Jacob Igawa hit Ben Ross home a single to start things out. Garrett Broussard followed with a double to dead center field that scored Brady Jurgella. Chase Call kept the line moving with a two-RBI single to score Broussard and Igawa. Call scored the fifth and final run of the inning from second base on a passed ball.

Wisconsin Rapids kept their foot on the gas pedal with three more runs in the top of the second frame. Igawa hit a double to plate Jurgella, and Broussard followed with a single to send Igawa running across the plate. The lead was enhanced to 8-0 when Harry Owen sent Broussard trotting home on a single.

The Rafters posted run number nine in the top of the third inning, as Igawa hit Ross home on another single.

Wisconsin Rapids hit the double digit milestone in the fifth when Igawa hit yet another single to send Ross home.

The Kingfish responded in the bottom of the frame with three more runs of their own to make it 10-3. Jacob Tobias got the scoring started, as he plated Drake Varnado on a double. Gage Williams hit Tobias home on a single, and Drake Westcott scored Williams on another single.

Westcott made his position player pitching debut in the eighth inning. He gave up a grand slam to Seth Stroh (scoring Harry Owen, Colin Tuft and Aidan Brewer) to make it a 14-3 game.

The Rafters put up one more run to make it 15-3 when Tuft scored Igawa on a double.

Igawa stole the night on offense for Wisconsin Rapids. He went 4-for-4 with three runs scored, four RBIs and got on base in all six trips to the plate.

Williams led Kenosha on offense, as he was 2-for-3 at the plate with an RBI and a walk.

Logan Schulfer (3-0) got the win for the Rafters on the day. He pitched three frames and gave up three runs on four hits while striking out six hitters.

Jacob Gehring (3-1) got the loss for the Kingfish. He gave up four earned runs on five hits with a pair of strikeouts.

Kenosha will hit the road to take on the Traverse City Pit Spitters on June 29 at 6:35 p.m.