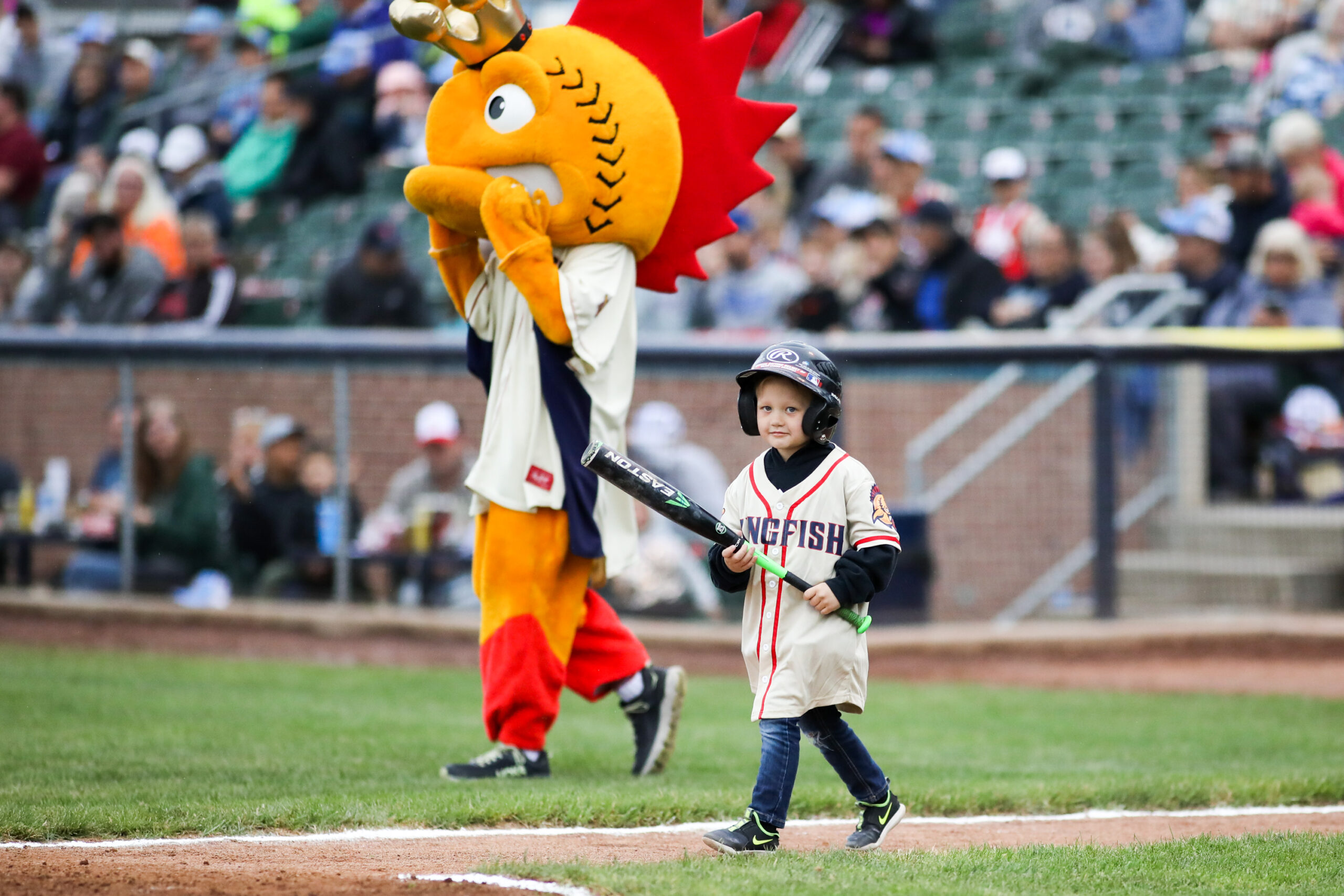 Kenosha Loses 8-3 Despite Getting Two Homers

The Rivets scored a pair of runs in the opening frame, as Matthew Mebane scored Dustin Allen on a sacrifice fly and Nick Demarco ran across the plate on a passed ball.

Rockford put up another run to make the game 3-0 on another Mebane sacrifice fly that plated Jeffrey Ince. The Kingfish responded in the bottom half on a Taylor Darden solo shot over the left field wall. This was Darden’s second home run in as many games, and it made the game 3-1.

The Rivets scored for the third consecutive inning when Brandon Bannon was plated on a wild pitch deemed a dropped third strike to make it 4-1.

Kenisha then responded with a pair of runs in the fourth frame to cut Rockford’s lead to one. Josh Leslie hit a solo shot to give the Kingfish their second home run at Historic Simmons Field in four innings after having none since June 23rd. Parker Stinson then plated Zac Rice on an RBI double of his own.

Rockford pulled way ahead with a four-spot in the fifth frame to go up 8-3. Ince belted a double that scored Conner Allen and Bannon, and then Nick Demarco laced a double down the left field line that plated Colton Klein and Ince to conclude the scoring on the day.

Ince led the Rivets on offense, as they went 1-for-4 with two runs, two RBIs and a double on the night.

Darden and Leslie both led the Kingfish with their solo homers on the night.

Miguel Reyes Jr. (1-0) got the win in his Northwoods League debut after pitching five innings and giving up three runs on six hits with a strikeout.

John Creviston (0-2) picked up his second loss in as many starts after giving up three earned runs on four hits with four strikeouts in four frames.