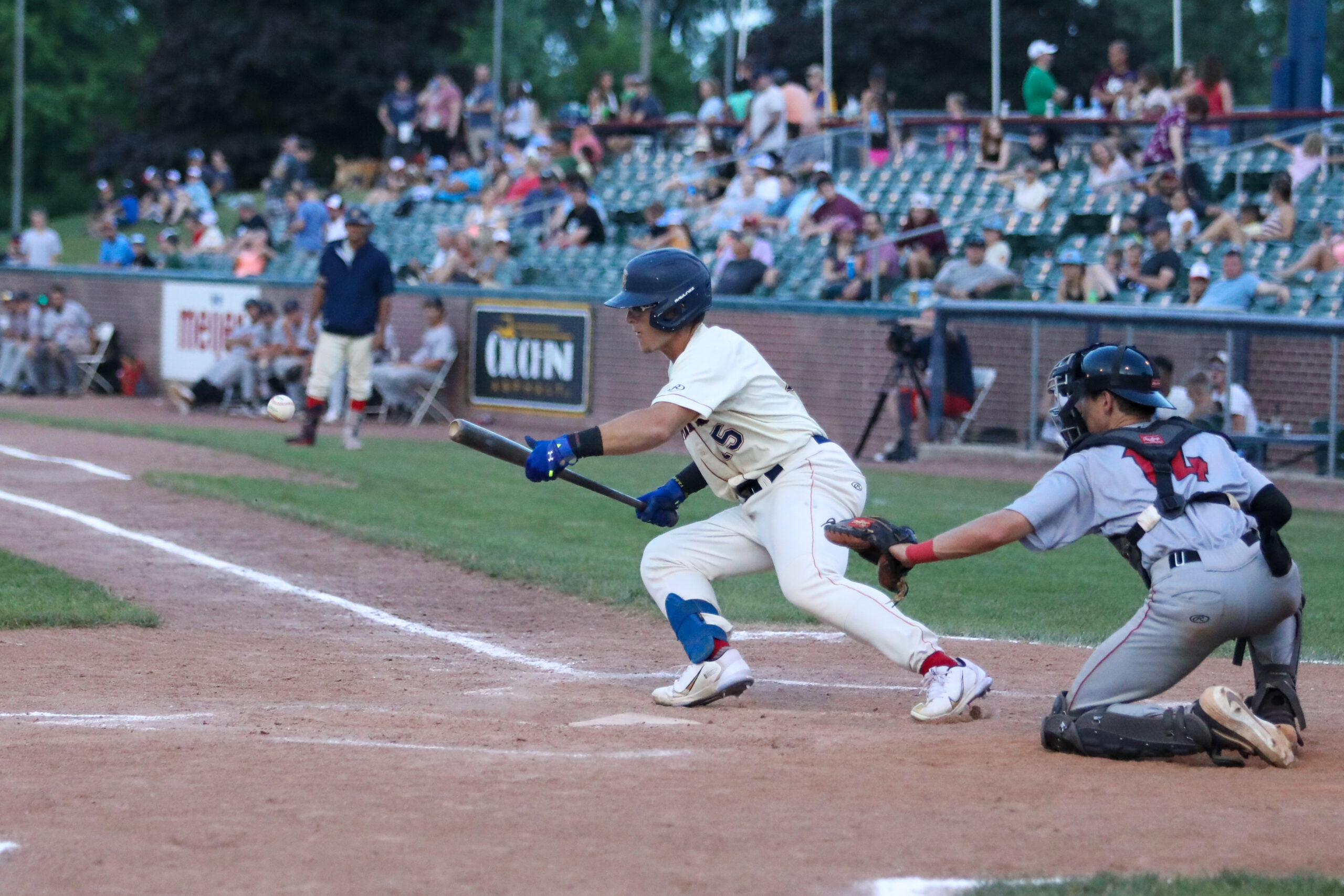 The Kenosha Kingfish fell 5-2 against the Kokomo Jackrabbits in a shortened game, due to lightning,  at Historic Simmons Field Saturday night.

This is the second consecutive game that Kokomo has won over Kenosha.

The Jackrabbits opened the scoring in the third frame on a Brayden Carter single that scored Reagan Rivera.

Kokomo scored for the second time in as many innings in the fourth when Luke Sartori hit a sacrifice fly to left field that was deep enough to plate Alejandro Holguin.

The Kingfish responded and tied the game at 2-2 in a rather loud fashion when Jay Beshears hit his first home run of the campaign over the left field wall to plate Parker Stinson and himself.

Sartori tallied his second RBI of the day in the sixth to help the Jackrabbits reclaim the lead 3-2. He singled to send Jon Jon Gazdar sprinting the final 90 feet

Kokomo tacked on two more runs to extend their lead to 5-2 in the following inning. Matt Aribal belted a ball to center that scored Conner Stewart. Aribal then scored on an errant throw by Colin Kalinowski.

The game was called in the middle of the seventh when the umpires noticed lightning closing in on the field of play.

Matt Aribal went a perfect 3-for-3 at the plate with a run and an RBI to help the Jackrabbits on offense.

Jay Beshears assisted Kenosha with a two-run blast and a walk on the shortened day.

Maxwell Montplaisir (1-1) grabbed his first win of the season for Kokomo after dealing six innings of two-run ball.

Mccray Gann (2-2) picked up his second loss on the year after allowing four earned runs on seven hits while fanning seven hitters in six and two thirds of a frame.

The Kingfish (8-7) sit in a tie for second place in the Great Lakes East, while the Jackrabbits (3-11) remain in last.

Kenosha and Kokomo will go at it again for the last game of the series on July 24th at Historic Simmons Field.