Battle Jacks Come Back, But Pit Spitters Escape in 10 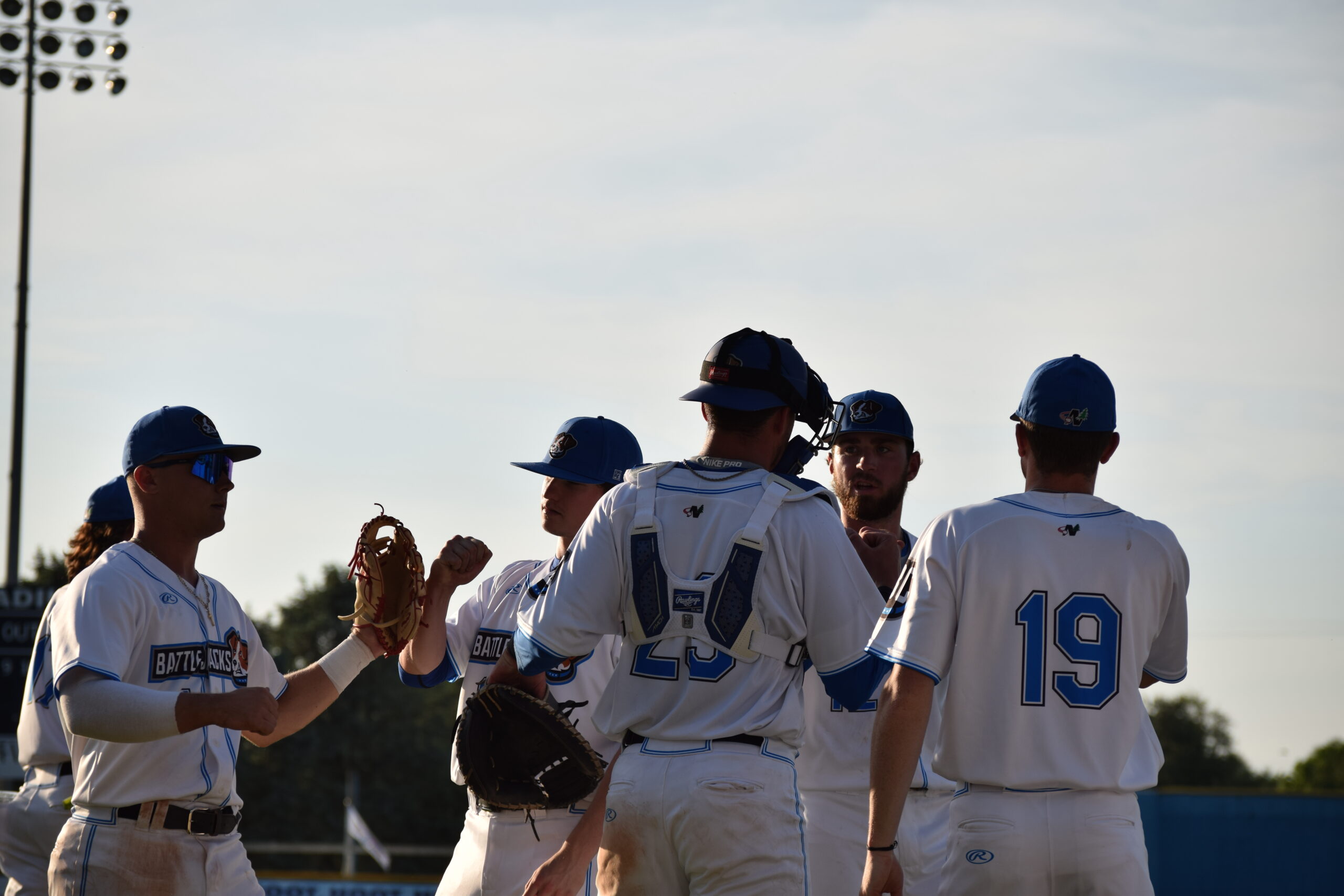 BATTLE CREEK, MI. — Despite trailing by three in the ninth, the Battle Creek Battle Jacks forced extra innings against the Traverse City Pit Spitters. But, the defending champions prevailed in the 10th inning with an 8-7 victory on Opening Day.

In their first game as the Battle Jacks, the home team struck first. Pat Mills drove a double to right, and Joey Grabanski plated him to hand Battle Creek a 1-0 lead in the first.

Traverse City responded with two runs in the top of the third. Evan Orzech executed a safety squeeze, and Trey Truitt followed with a run-scoring single to give the Pit Spitters a 2-1 edge.

Battle Creek responded immediately with two runs of their own in the bottom of the inning. Aaron Dolney doubled to right to create a 3-2 cushion.

Garrett Martin got the start for the Battle Jacks and fired four solid innings. He yielded just three hits and two runs.

With one in the fifth and two in the six, Traverse City claimed its largest lead of the evening. The sixth featured RBI hits by Orzech and Brendan Summerhill.

The Battle Jacks cut the lead in half in the seventh after a Fisher Pyatt solo shot to center to start the frame. Later, the Pit Spitters picked up a pair of insurance runs in the ninth due to five walks drawn.

Trailing 7-4 in the bottom of the ninth, Battle Creek mounted an improbable comeback. Three straight hitters were plunked to begin the inning, and Mills made it a one-run game with a two-RBI single.

After another hit by pitch, Dolney tied the game at seven apiece on a fielder’s choice. Then, Traverse City stranded the bases loaded to send the game to extra innings.

Truitt delivered with another RBI knock in the tenth to push the Pit Spitters ahead 8-7. The Battle Jacks managed to put runners on second and third in the bottom of the inning, but Carson Fischer closed the door for Traverse City with back-to-back strikeouts. Pyatt was inches away from a game-winning hit with a line drive that barely missed the right-field line.