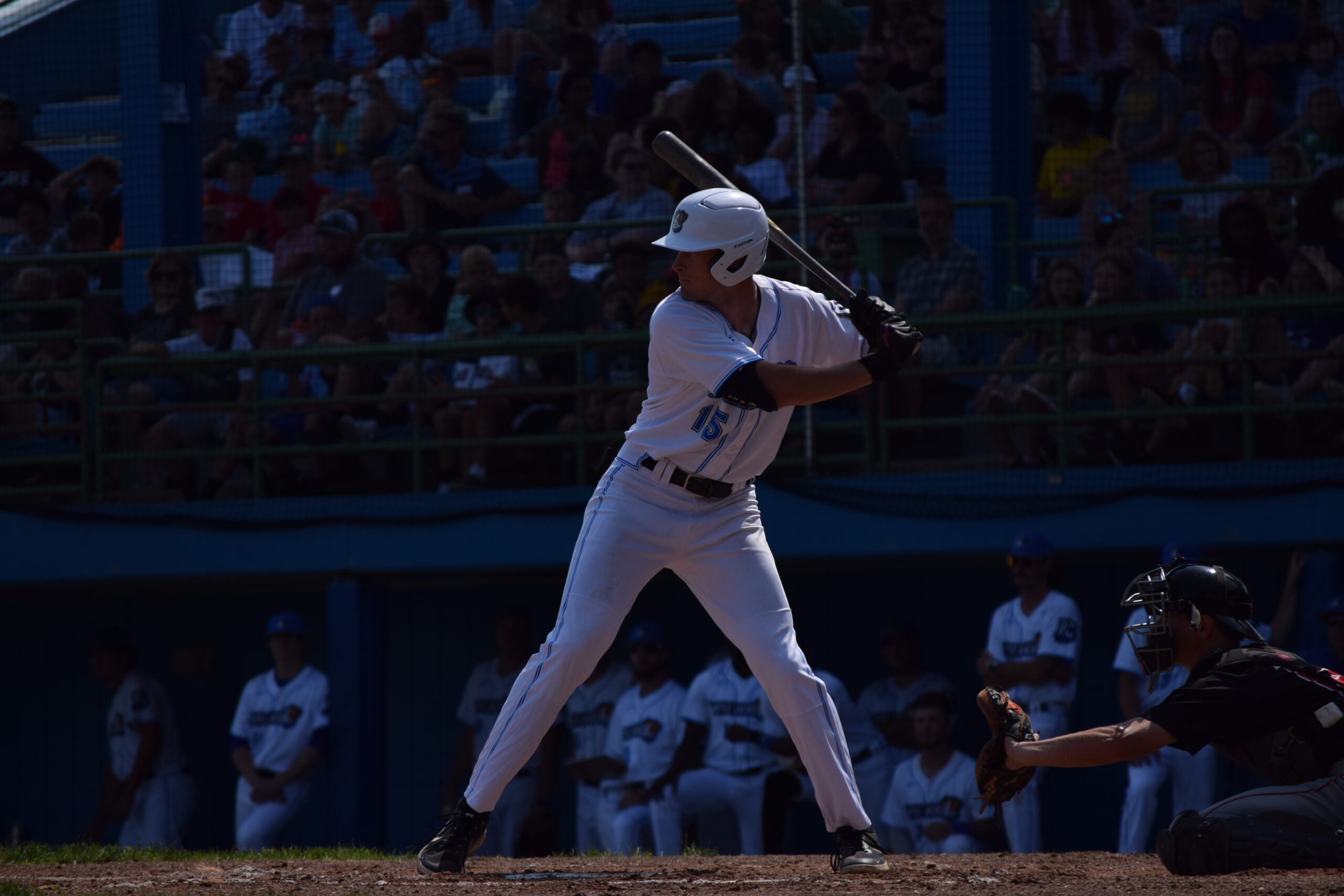 Patrick Mills at the plate (Article by Brendan Nordstrom, Photo by Melissa Vozar)

ROCKFORD, IL – In a game that began in 95-degree heat and ended in a monstrous thunderstorm, the Battle Creek Battle Jacks (10-6) fell to the Rockford Rivets (8-9) by a score of 14-4. While the game was cut short due after the sixth inning due to a thunderstorm, the pitching woes cost the Jacks in game two of Wednesday’s doubleheader.

Battle Jacks RHP Jeremiah Newman got the start and allowed one run in the first inning after a costly walk came around to score. The second inning quickly became ugly as six walks, three wild pitches, and a hit-by-pitch was given to the Rockford Rivets. LHP Nick Davies entered the game and gave up a two-run shot to center field at the hands of Rivets left fielder Cam McDonald. The Rivets batted through their entire lineup, with seven runs crossing. However, the home run was the only hit allowed in the inning, which is a testament to the struggles with control on the mound.

The Rockford offense kept their foot on the gas in the bottom of the third adding three more runs. Back-to-back walks cost Battle Jacks RHP Hank Weiss as a pair of singles quickly made it an 11-0 ballgame.

After a quiet fourth inning, the Battle Jacks started to flash their offense adding two in the fifth thanks to an error by Rockford that would score left fielder Patrick Mills and catcher Aaron Dolney.

The Battle Jacks tacked on another two in the sixth inning with Mills hammering a ball over the right-field fence for a solo home run. Designated hitter Billy Hancock doubled to follow that up and was scored thanks to a double by first baseman Joey Grabanski. The Battle Jacks led the Northwoods League in doubles coming into the game and added three more during this contest.

Rockford responded with three more runs in the bottom of the sixth to end the game as 14-4 winners.

The Battle Jacks outhit the Rivets despite the ten-run loss as 11 runners left on base and 15 free bases given ended up being the killer in game three of the away series.

The Battle Jacks have one more left in Rockford as they look for a bounce back game tomorrow night at 7:35 EST.