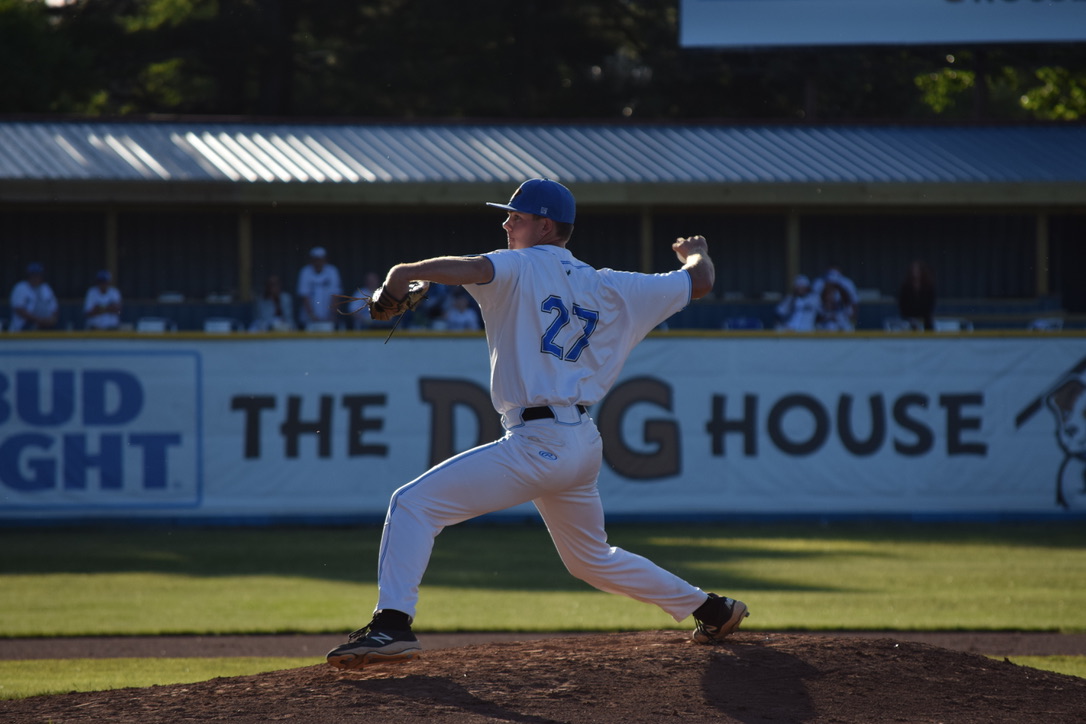 BATTLE CREEK, MI — The Battle Creek Battle Jacks blew a late lead to the Kalamazoo Growlers on Saturday night, falling 7-6. The Growlers took both games of the two-game set to improve to 4-1 in the I-94 Rivalry Cup Series.

Kalamazoo struck first in the second inning. The Growlers got a pair of bases-loaded walks to take a 2-0 lead.

But, the Battle Jacks responded quickly in the bottom of the frame. Robbie Merced hit a comebacker off the glove of Tanner Knapp and into right field, scoring a run.

Then, Isaiah Gibbs lifted a sacrifice fly to right to tie the game at two apiece. Bobby Nichols handed the Battle Jacks the lead with an RBI infield single, and a bases-loaded walk made it a 4-2 game.

The Growlers got one back in the third after a Devin Obee leadoff double. He stole third and scored on a sac-fly by Colton Coca.

Joey Grabanski scorched a double down the left field line to extend the Battle Creek lead to 5-3 in the fifth. He delivered with two hits on the evening.

In the sixth, Luke Storm drove in his sixth run of the series. His two-out, RBI single cut the Kalamazoo deficit to 5-4.

The Battle Jacks answered in the bottom of the frame, as Core Jackson drove in his first run as a Battle Jack. His sac-fly to left pushed Battle Creek’s advantage back to two.

Coca got the Growlers back within one with an RBI groundout in the seventh. Kalamazoo grabbed the lead in the eighth with a sac-fly by Storm and an RBI triple by Gaby Gutierrez.

Carson Byers earned the save for the Growlers, throwing two scoreless innings. He punched out the side in the ninth to end the game.

The Battle Jacks (11-8) continue their homestand with a two-game series against the Kokomo Jackrabbits. First pitch Sunday is at 1:35 p.m. ET.