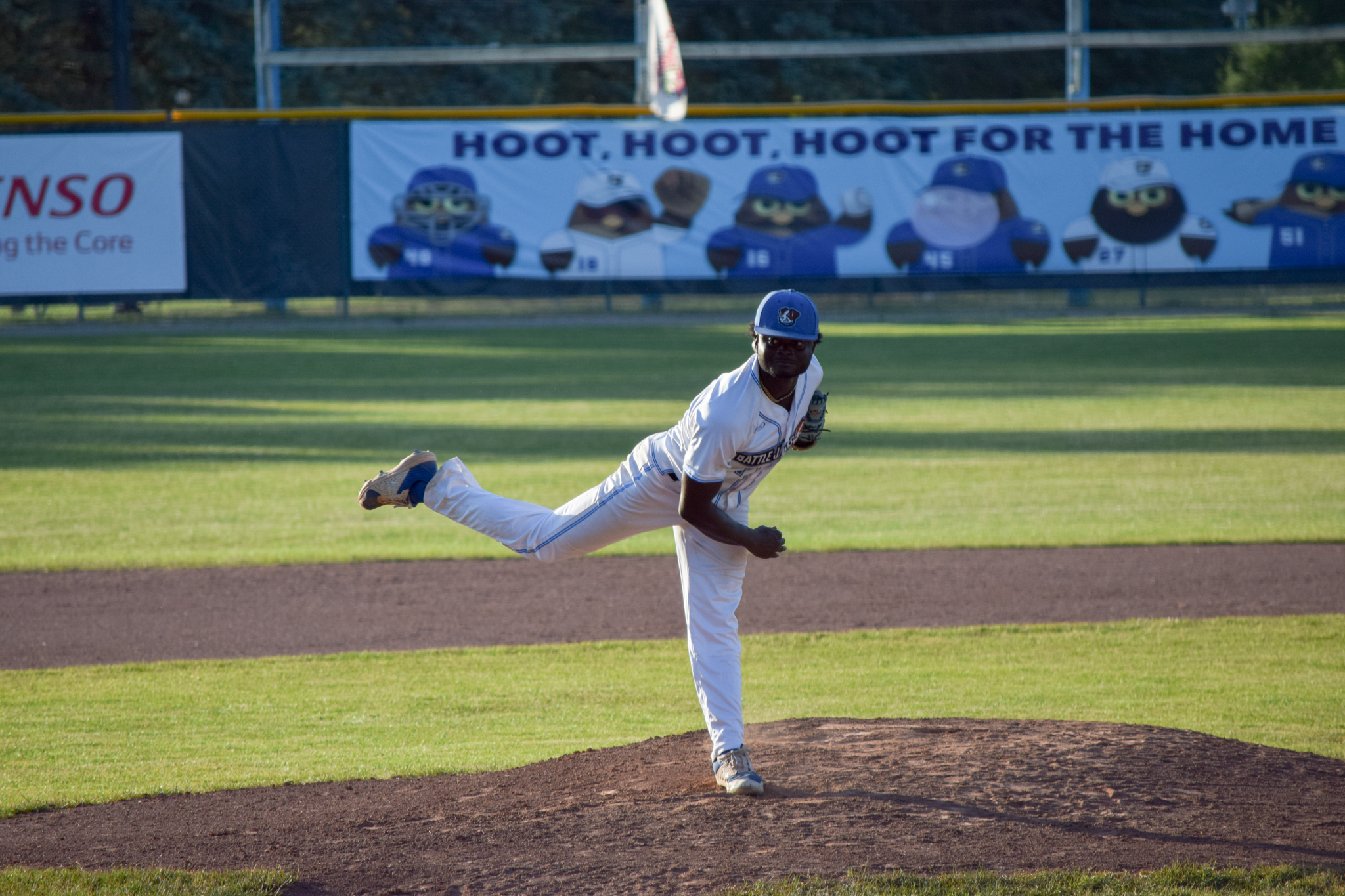 BATTLE CREEK, MI — In their worst offensive outing of the season, the Battle Creek Battle Jacks fell in game one against the Kenosha Kingfish, 6-1. Battle Creek gathered just five hits, and scored a season-low one run in the defeat.

In the first, the Kingfish got on the board first with three runs. Drake Wescott drilled an RBI double to right and Gage Williams hit an RBI single in the inning.

Jacob Tobias led off the third with a solo moonshot to straightaway center to extend Kenosha’s lead to 4-0. Brady Counsell doubled to put two in scoring position for Williams, who drove in his second and third runs of the game with a two-bagger to right center.

The Battle Jacks finally got on the board in the eighth inning after drawing three free passes to load the bases. Fisher Pyatt lifted a sacrifice fly to left to cut into Kenosha’s lead, 6-1.

Grayson Thurman closed the door for the Kingfish. He punched out four over two innings of relief.