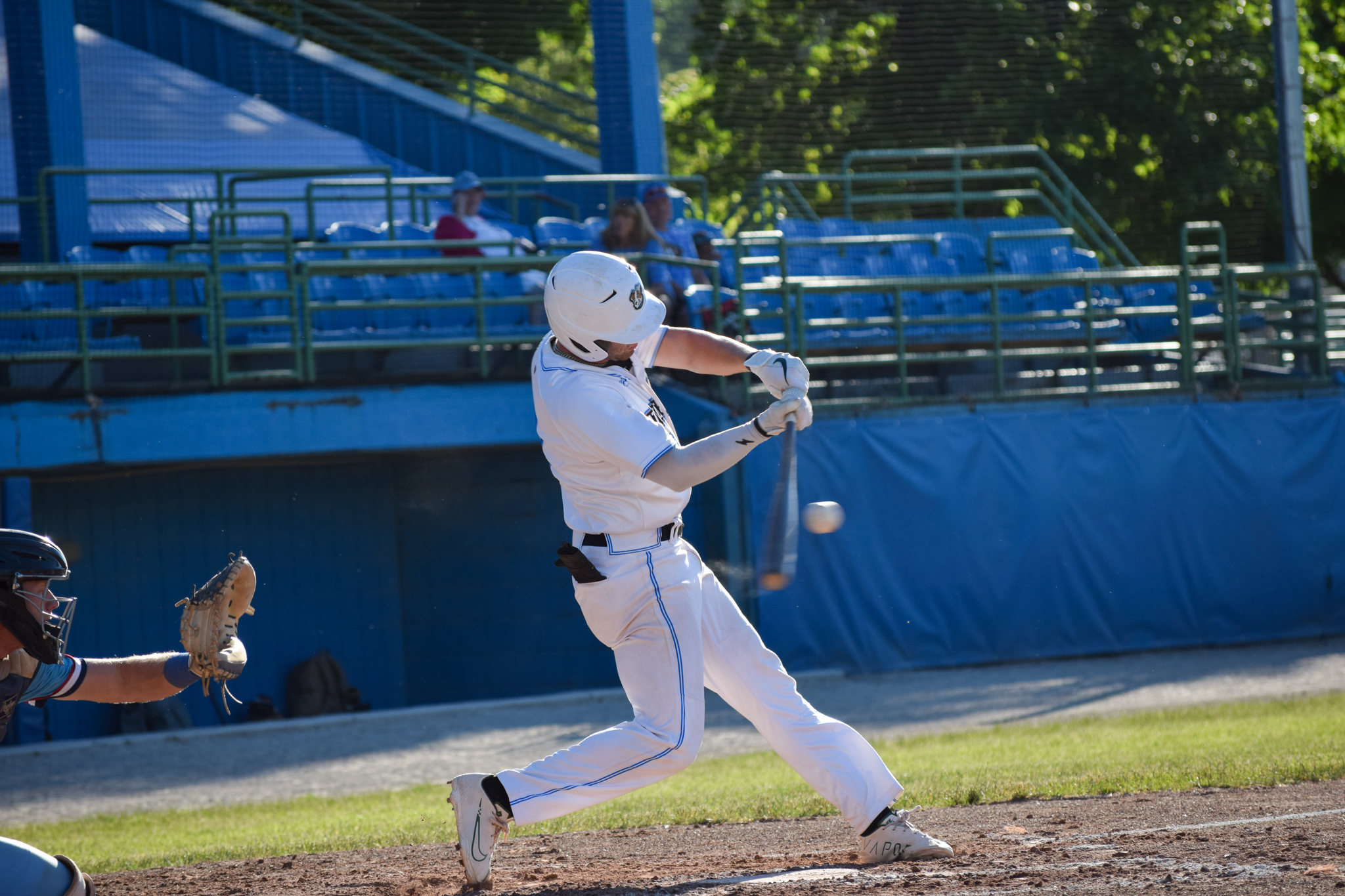 Battle Creek, MI–The Battle Creek Battle Jacks (12-10) faced off against the Kenosha Kingfish (12-11) in the final game of a quick two game series. The Battle Jacks dropped game one 6-1 as they struggled offensively. Game two was more of the same. The Battle Creek bats weren’t able to get going, only recording four hits. They would fall to the Kingfish 5-2. The loss would drop them to third in the standings coupled with a win from Kalamazoo.

The scoring started early for Kenosha as Taylor Darden walked in the very first at-bat of the game. He was brought around to score on a Drake Westcott double. It stayed 1-0 until the fifth inning when the Kingfish pushed four runs across the plate. They recorded four hits in the inning, highlighted by an Ian Collier two RBI single.

The Battle Jacks scored the final two runs of the game with one in both the fifth and seventh. Robbie Merced plated both of them, one with a sac fly, the other with a triple. The four hits for Battle Creek were all extra base hits. Patrick Mills and Jace Matkin both doubled. Dillon Kark hit the other of the two triples on the day.

Keegan Batka was awesome in the start, going 4.0 innings, giving up just two earned runs on three hits, while striking out five. In relief we got to see the debut of Adam Berghorst. He went 3.0 innings, not allowing any earned runs. His fastball was working and kept hitters from making solid contact. Lucas Bixby finished the game allowing just one base runner in his 2.0 innings.

The Battle Jacks travel to Madison to take on the Mallards for a two game set. First pitch tomorrow is scheduled for 7:35 eastern.