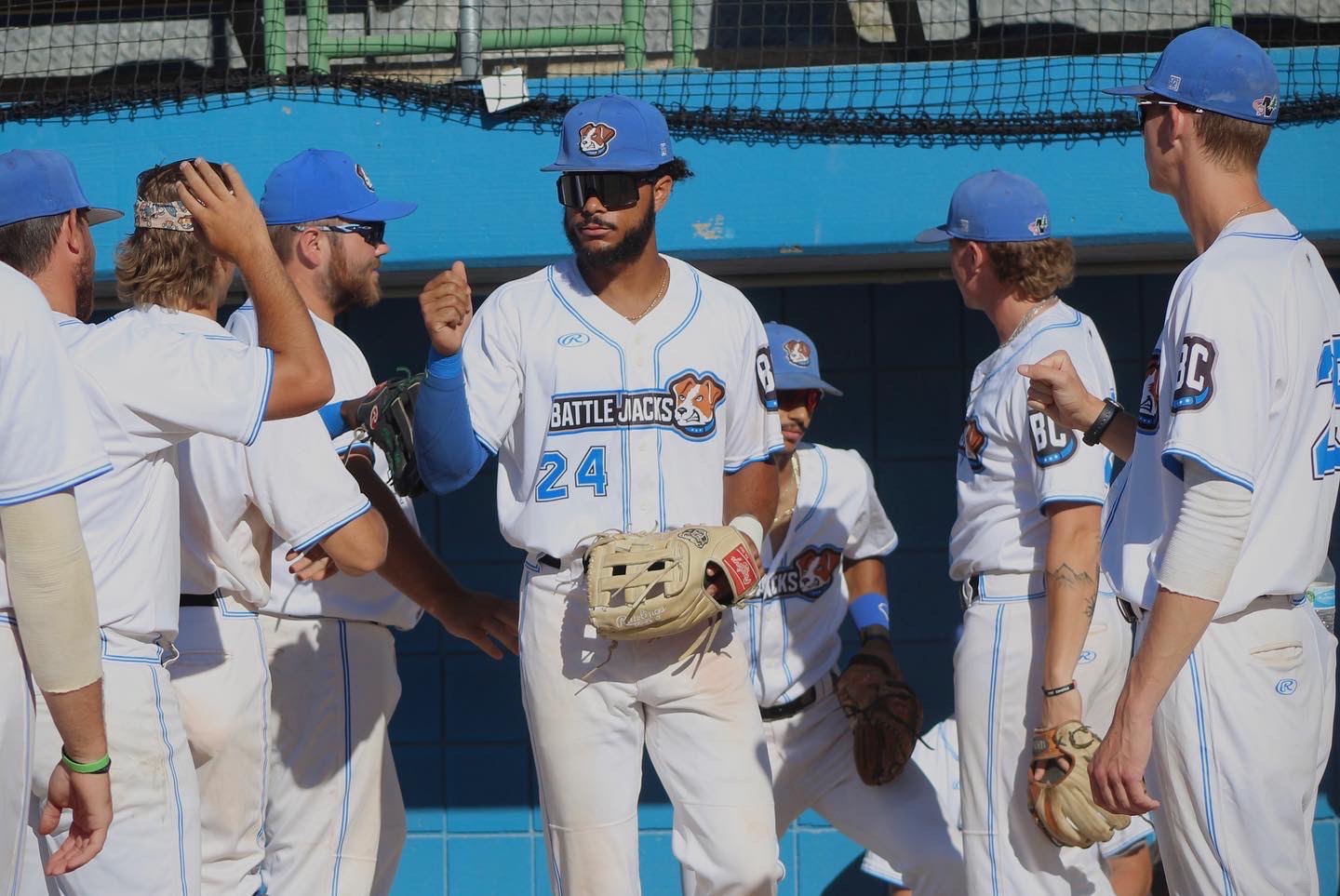 BATTLE CREEK, MI — Despite trailing on five different occasions Monday night against the Traverse City Pit Spitters, the Battle Creek Battle Jacks came back to tie the game or take the lead on each instance. It took until the 11th inning for the Pit Spitters to take their sixth and final lead of the evening, 14-13.

Battle Creek provided an immediate answer in the bottom of the inning. Joey Grabanski served an RBI single into right to cut Traverse City’s lead in half.

The Battle Jacks plated four to take the lead in second. Fisher Pyatt cleared the bases with a double, and came home on a Pat Mills RBI groundout.

Following a questionable call in the third, the Pit Spitters scored six to snatch the lead back. Trey Truitt III and Alec Atkinson both came through with RBI doubles.

Battle Creek began the bottom of the fourth by loading the bases. After a wild pitch got one back, Aaron Dolney tied the game at eight with a two-run double.

Then, the Pit Spitters grabbed a 10-8 lead in the fifth. But, Battle Creek fought back in the sixth with a Grabanski bases-clearing double to left to give the Battle Jacks their second advantage of the ballgame.

Traverse City knotted the game in the seventh, and took a 12-11 edge in the ninth. Down to his final strike, Billy Hancock sent the game to extra innings with a pinch-hit RBI knock to left.

The Pit Spitters scored again in the 10th. This time, it was Dolney who delivered a two-out RBI single, and his third hit of the evening pushed the game to the 11th.

Finally, Traverse City plated the game-winning run in the 11th. Battle Creek left the tying and winning runs in scoring position in the bottom of the frame.