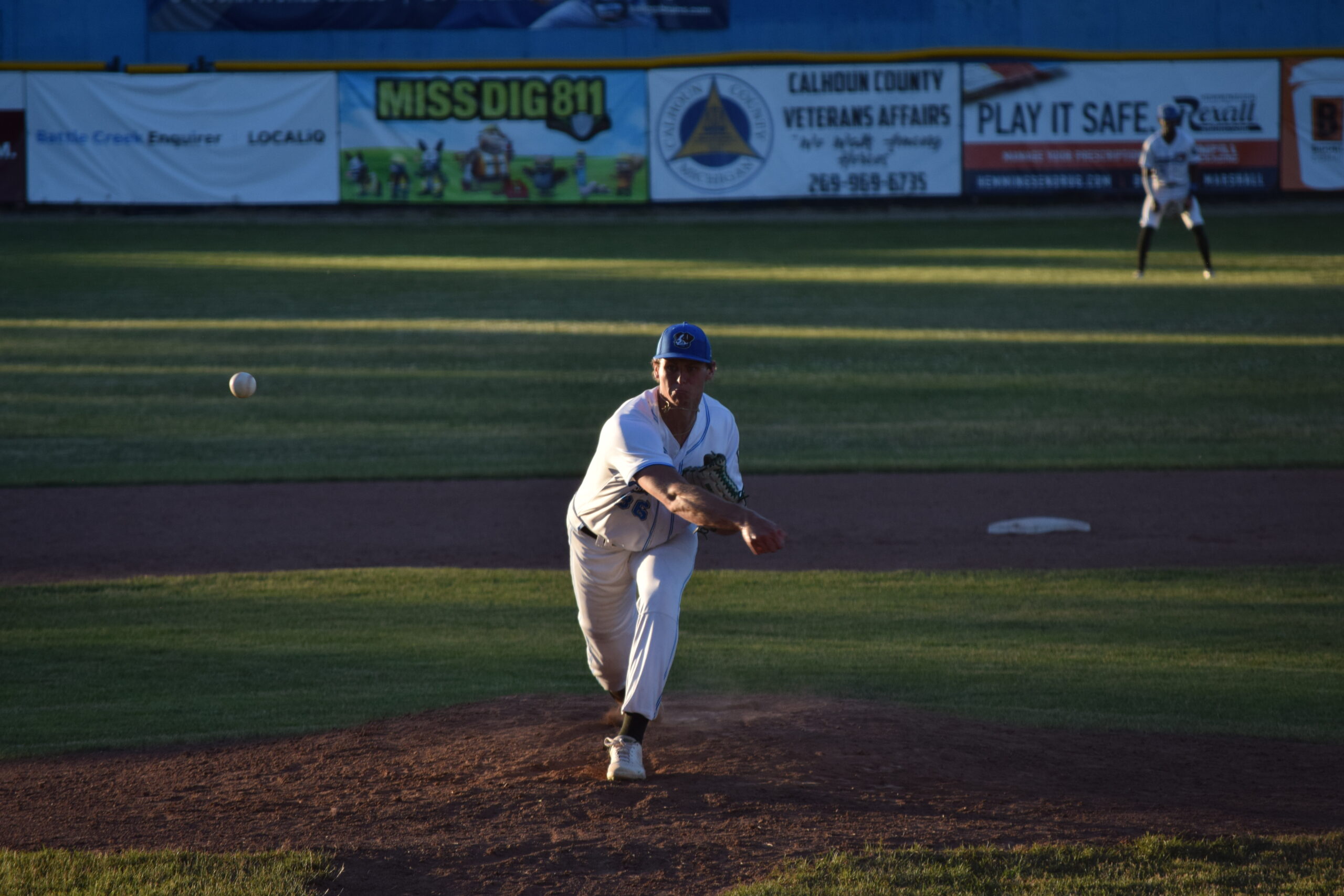 Kokomo, IN–The Battle Jacks were looking for the series split with Kokomo after dropping the first game yesterday, 5-1. There was no shortage of fireworks tonight as the Battle Jacks took game two and the finale of the first half, 7-2. It was all about the bats as every single hitter contributed with a hit for a total of 14 on the day. The pitching was also fantastic allowing just five hits on the day and striking out seven.

The Battle Jacks got the scoring early as Fisher Pyatt and Rafael Gomez Jr. both crushed triples in the second inning. Pyatt scored Aaron Dolney, while Gomez scored Pyatt. The Jackrabbits responded by scoring two runs, but both of them crossed the plate because of errors that either allowed them to reach or advance them to another bag. It would take a couple of innings for the Battle Jacks to counter, but when they did, they did it big. Gomez started the inning with a perfectly executed bunt, that even if fielded cleanly would not have got him. He was followed by a Bobby Nichols single. With Gomez on 3rd and Nichols on 1st, the Battle Jacks put on the steal. Nichols easily reached 2nd, and with the throw down Gomez stole home. Nichols then scored on a Patrick Mills shot off the 369 foot fence in right center field. Mills was then scored by a Billy Hancock single. Joey Grabanski followed with a single of his own. That was the 4th, should’ve been 5th, straight hit in the inning.

It would be Nichols again the very next inning drilling the Battle Jacks 3rd triple of the game, scoring James Canar who led the inning off with a rocket down the left field line. Battle Creek wasn’t done as they added one more in the 8th with Pyatt’s second RBI of the day. He scored Dolney for the second time from first after Dolney walked for the third time.

Adam Berghorst was a magician on the mound. He went 7.0 innings allowing just two hits. He did allow two runs, but just one of them was earned. He was so brilliant that he got through those seven with just 78 pitches. He had multiple innings where he threw 10 or fewer pitches. There was a stretch between the 4th and 7th inning that he retired 12 of 13 batters. He was inducing weak contact and allowing the defense behind him to make plays. He ended the day with four K’s. Caleb Lanoux came in for 1.0 innings of relief, striking out the side and getting out of a bases loaded jam. Gavin Knust came in to shut the door for Battle Creek and he did just that.

The Battle Jacks finish the first half with a .500 record at 18-18. They’ll look to carry this momentum into the second half. They’ll take the off day tomorrow and then be back at it at MCCU field against the Lakeshore Chinooks at 6:35 PM.