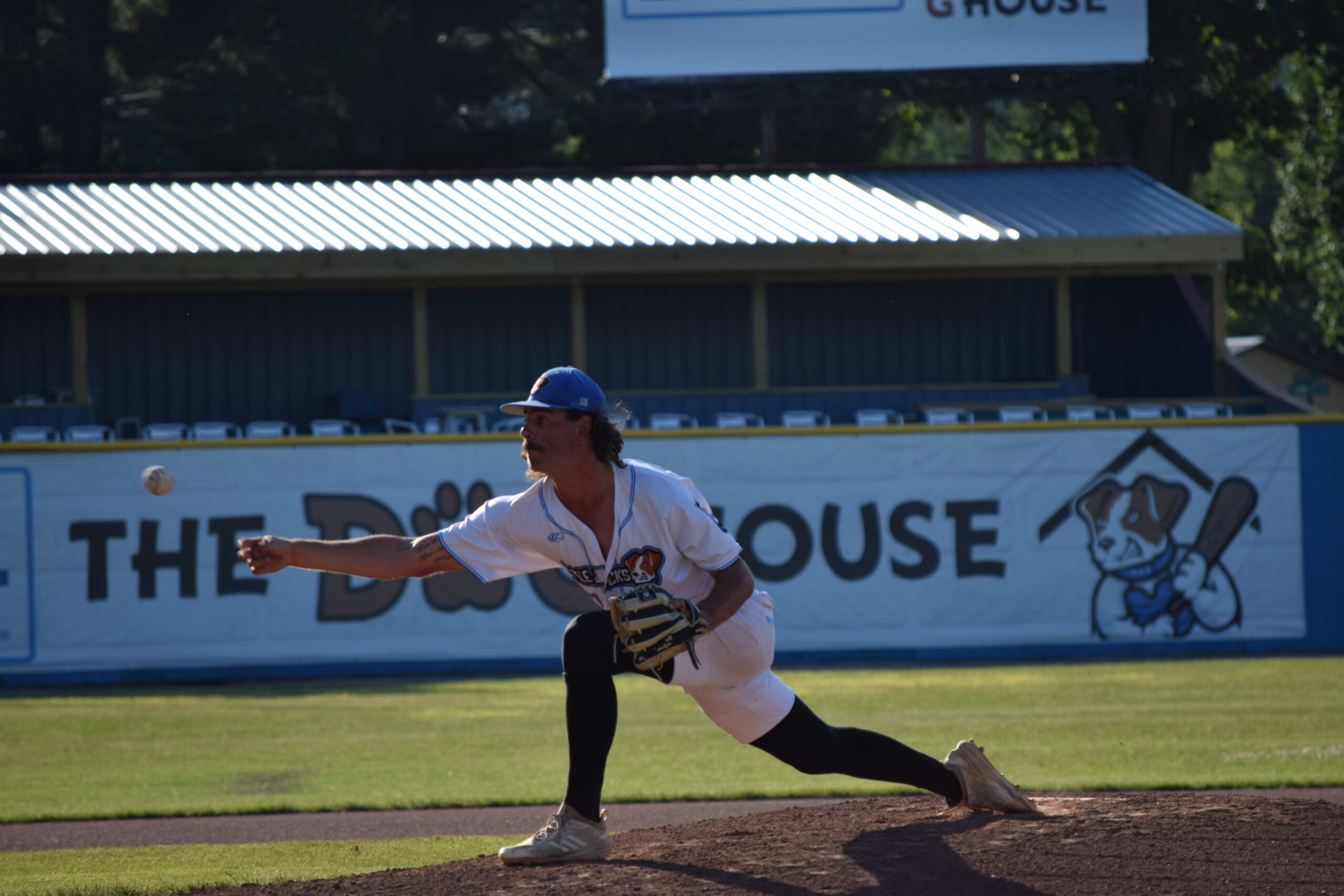 Battle Creek, MI–It’s a brand new season as the second half gets underway. Anyone can make the playoffs if they get hot at the right time in July and August. The 18-18 Battle Jacks started the second half at home against the 18-18 Lakeshore Chinooks. It was a true pitcher’s duel for the entirety of the game, but it was the Lakeshore offense that had the more timely hitting, coming out with a 2-0 win.

It took a while, but the Chinooks got on the board first in the 4th as Garrett Martin smashed a double to start the inning. He was brought home by an Aidan Longwell sac fly. Outside of that one run, fans at MCCU Field witnessed elite level pitching. Both Brett Sanchez and Eric Chalus were dominant.  Chalus went 6.0 scoreless innings, allowing just four hits, walking just one, and striking out seven. Sanchez one upped him by going 7.0 innings, allowing just one run on three hits. He walked just one, while striking out seven. His breaking ball was fooling Chinook hitters, while his fastball was catching them off guard. Every pitch in his arsenal was working perfectly off the one that came before it.

It wasn’t until the 9th that another run scored. John Bay crushed a ball to centerfield, scoring Stephen Hrustich. The Battle Jacks looked like they were going to threaten in the bottom of the 9th with a leadoff infield single for Billy Hancock followed by another single from Joey Grabanski, but they were stranded. It was a tough day for the offense, even though they outhit the Chinooks. Lakeshore’s hits came at more opportune times than Battle Creek’s. It’s the second time this season the Battle Jacks have lost a game 2-0.

They’ll be back at it again tomorrow for game two of the series, and the final game at home before a six game road trip. First pitch is set for 6:35 PM.