Braden and Lanoux Power the Battle Jacks to 6-2 Win 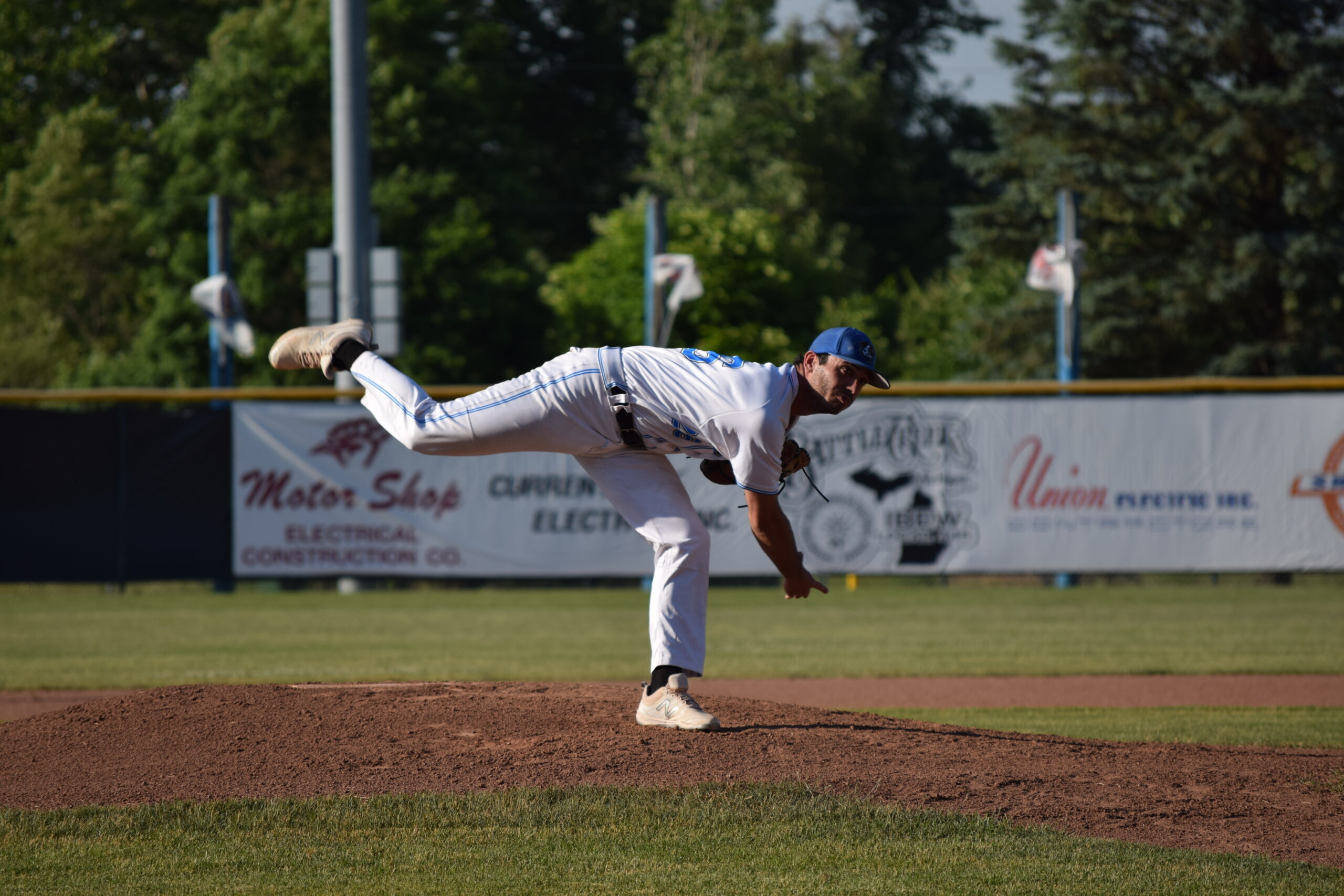 Kenosha, WI–The Battle Jacks were looking for just their second win streak since the middle of June. To do that they would have to take game two against the Kenosha Kingfish. The Kingfish dawned alternate jerseys for this one, becoming the Kenosha Hammers. While the Battle Jacks wouldn’t hammer Kenosha, they still found a way to secure the win, 6-2, behind the arm of Jackson Braden. The win got them back to .500 on the season and a two game win streak.

The Battle Jacks got the scoring started in the 3rd inning where they scored two runs on just one hit. Jace Matkin started the inning with a leadoff walk and scored on a wild pitch.when Isaiah Gibbs singled and then later scored on a Patrick Mills sac fly. They added another run in the 6th as Aaron Dolney walked and stole home to make it a 3-0 ball game. The Kingfish would answer in the bottom half of the inning as Jacob Tobias came around to score after reaching base on a dropped third strike. Drake Westcott, who drove home Tobias, would then score on an Omar Lopez single. Then the Battle Jacks responded with a three spot in the 7th. The inning started with back to back singles from Charlie Rhee and Brycen Sherwood. Then Joey Grabanski walked to juice the bases for Battle Creek. Aaron Dolney was up and with two strikes he sliced a single to left center scoring Rhee and Sherwood. Grabanski then scored on a wild pitch to make it 6-2.

The Battle Jacks pitching dominated yet again. It’s become of theme for them as they hold their opponent to five runs or fewer in their 6th straight game. This time it was Braden on the mound who went 5.2 innings, allowing just five hits and 1 earned run. He doubled his previous season high in strikeouts, fanning eight in those 5.2 innings. The breaking ball was working early in counts and he was able to work off it, keeping Kenosha hitters off balance. Caleb Lanoux relieved him and kept it going. He went 3.1 innings, striking out four and allowing just one hit. His breaking ball was phenomenal. He used it early in counts and kept the hitters guessing.

The Battle Jacks will be back tomorrow to take on Kenosha for game three of the series. They can take the series with a win tomorrow. First pitch is set for 5:05 EST. Coverage will begin around 5.