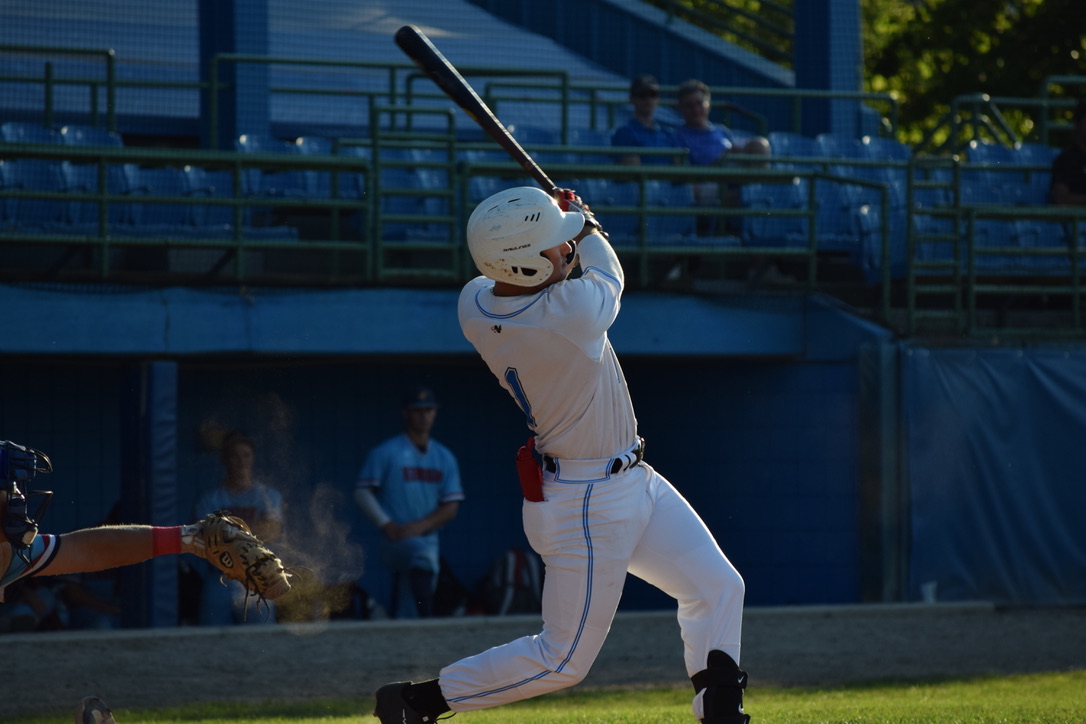 BATTLE CREEK, MI — Despite giving up three runs in the first, the Battle Creek Battle Jacks bounced back to beat the Kenosha Kingfish on Tuesday, 5-4. As a result, the Battle Jacks split their season series with the Kingfish, 6-6.

After the first three runners reached for Kenosha in the top of the first, Bobby Atkinson hit a sacrifice fly to put the Kingfish ahead. Then, Taylor Darden delivered with a two-run double to center to complete the three-spot.

Later in the third, the Battle Jacks put together a two-out rally. With the bases loaded, Billy Hancock sent a two-run single through the left side to get Battle Creek within one.

Joey Grabanski reached on a three-base error to kick off a chaotic fourth inning for the Battle Jacks. Then, Dillon Kark doubled to left to tie the game. With two outs, Charlie Rhee singled to center, and an error by the center fielder brought home Kark to give Battle Creek the lead.

The Battle Jacks added an insurance run in the sixth. After a double steal put two runners in scoring position, Rhee served an RBI groundout to short for his second RBI of the game.

The Kingfish got one back in the eighth. Brady Counsell led off the inning with a double and scored on a Zack Carinci single to center.

Then, Caleb Lanoux and slammed the door. He punched out three over 1.2 IP to earn his third save.