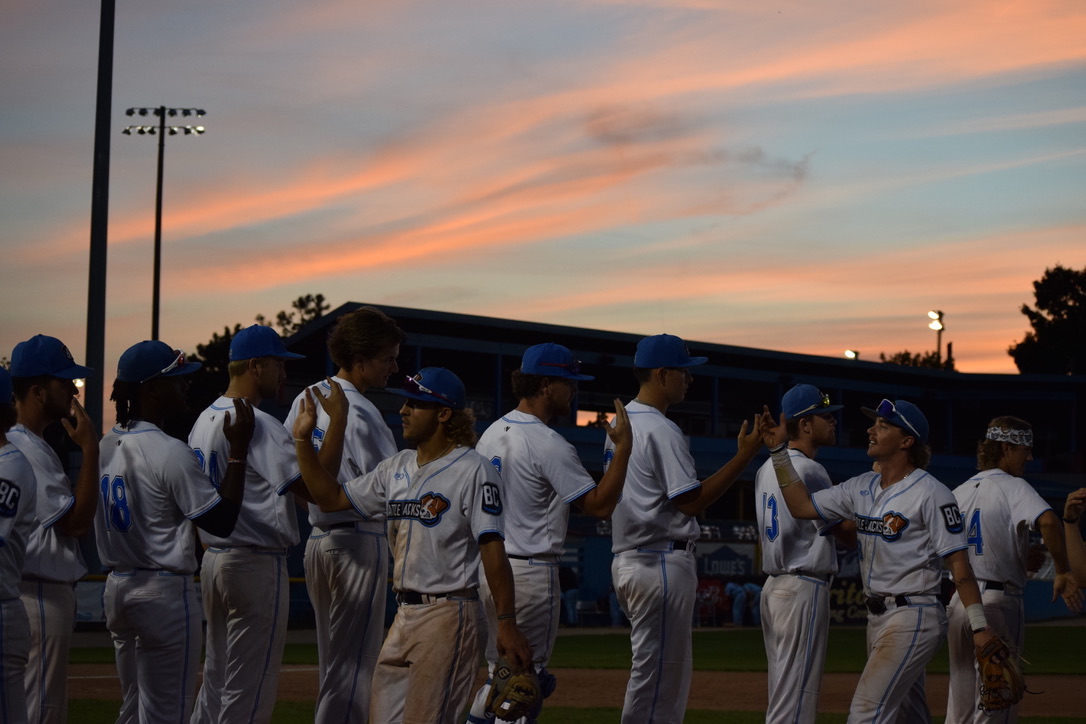 BATTLE CREEK, MI — The Battle Creek Battle Jacks ambushed the Rockford Rivets with eight runs through the first three frames Wednesday night. That was enough for a 9-4 win to take the first game of a four-game series.

Battle Creek sent 10 hitters to the plate in the first and scored four runs. Jace Matkin delivered with a two-run single, and Trevor Patterson lined an RBI single to right in his first at-bat of the summer. Patterson finished with a pair of RBI in his debut.

The Rivets responded with two runs in the second because of two hits and two errors. But, the Battle Jacks got the runs back in the bottom of the inning.

Then, they plated another pair in the third to take an 8-2 lead. Battle Creek drew 11 walks through the first three frames.

In the sixth, the Battle Jacks plated an insurance run. Pat Mills lifted a sac-fly to left, extending the advantage to 9-2.

Garrett Martin shone in his start for Battle Creek. He navigated through seven innings on just 88 pitches, and didn’t surrender an earned run.

Rockford got a couple back in the eighth. Giovany Lorenzo had an RBI groundout, and Tony Lindwedel drove a sac-fly to right.

Jimmy Wressel recorded his first hit for the Battle Jacks, and Ray Hilbrich reached base all five times and doubled in his debut. Battle Creek won its second in a row by a score of 9-4.

The Battle Jacks (8-10) moved within a half-game of the Rivets (9-10) in the Great Lakes East. They play two Thursday, with game one of the doubleheader starting at 11 a.m. ET.