Doughnuts Put the Icing on This One, Win 5-2 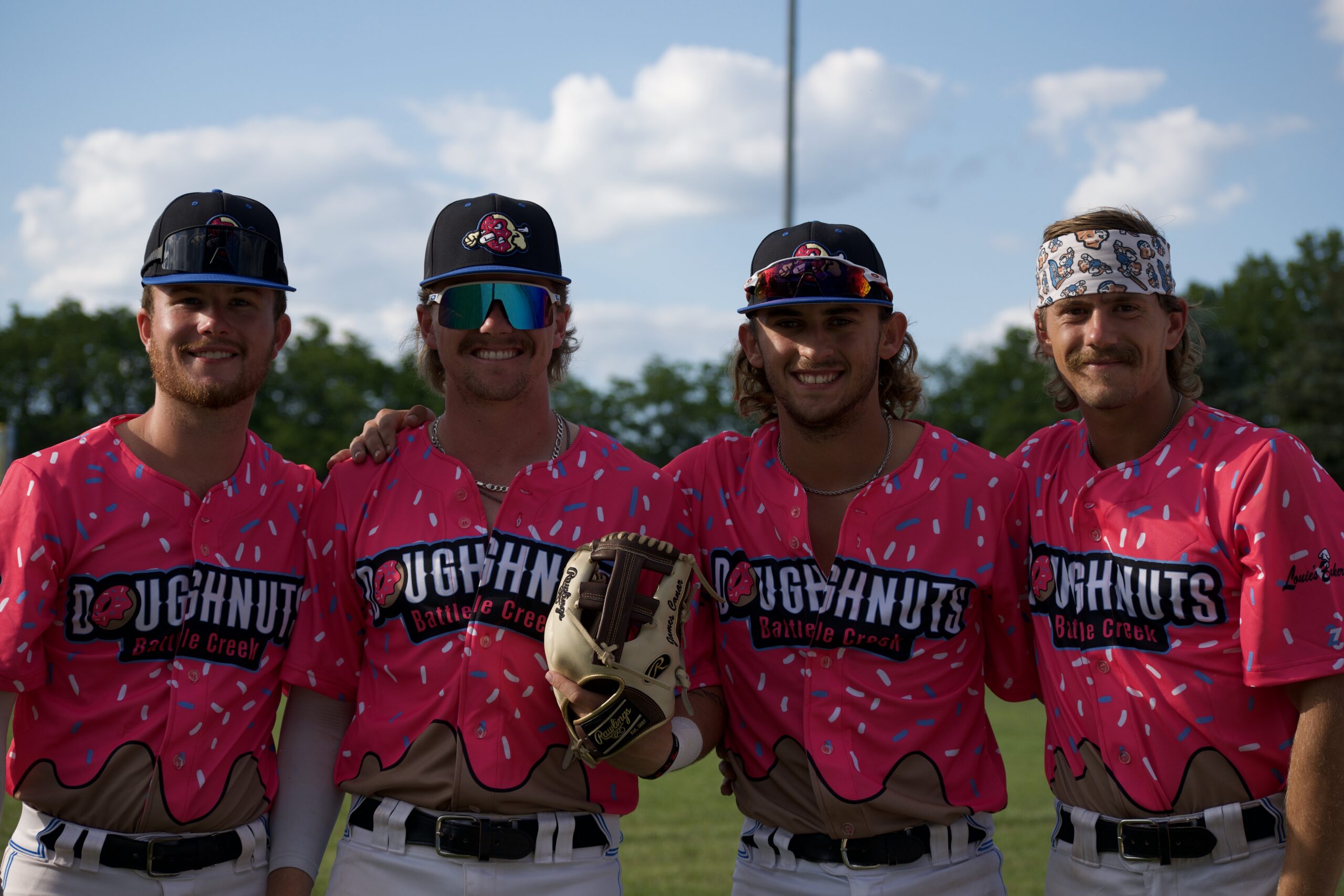 Battle Creek, MI–Doughnut night was a success! The Battle Creek Doughnuts were coming off of three straight losses, something they’ve done four times already this season. Each and every time they’ve come out with a win. This time, it came against the Madison Mallards, defeating them 5-2. It was a great game for pitching staff and the offense stepped up when they needed to to get it done.

The Doughnuts got on the board first in the 2nd inning, pushing three across the plate. Robbie Merced started the two out rally with a single up the middle. Jace Matkin then walked to put runners on first and second. Then it was Isaiah Gibbs drilling one up the middle to score Merced. Matkin and Gibbs then scored off of a Trevor Peterson single that snuck through the left side of the infield. The offense would add insurance in the 5th and 6th. In the 5th, Patrick Mills led off with a moon shot to right center that got down for a triple. He was brought home on a sac fly from Raymond Hilbrich. Gibbs brought home Merced for the second time in the game, this time with a sac fly. Gibbs finished the night with 2 RBI. Merced finished 2-3 at the plate with two runs scored. Chad McCann scored both runs for the Mallards, one in the 6th and one in the 8th.

The pitching was on display again tonight. After a rough series against Rockford, Jackson Braden righted the ship for the pitching staff. He went 7.1 innings, his longest outing of the season. He gave up seven hits, but just two runs, while K-ing three. He was pitching to contact all game and aside from three errors early on, the Doughnut defense proved him right. Caleb Lanoux came in relief and was dominant as always. He went 1.2 innings, fanning two, while allowing just one base runner. The breaking ball was elite as always.

The Doughnuts will return as the Battle Jacks tomorrow afternoon for a 1:35 PM, Sunday matinee with the Mallards. It’ll be the final of eight straight home games before they head out on the road for seven days. They’ll look to split the home stand 4-4, while also sweeping Madison. They haven’t won a series since the middle of June, so it’ll be an exciting one tomorrow. AJ Riddle Jr. will get the start on the mound.