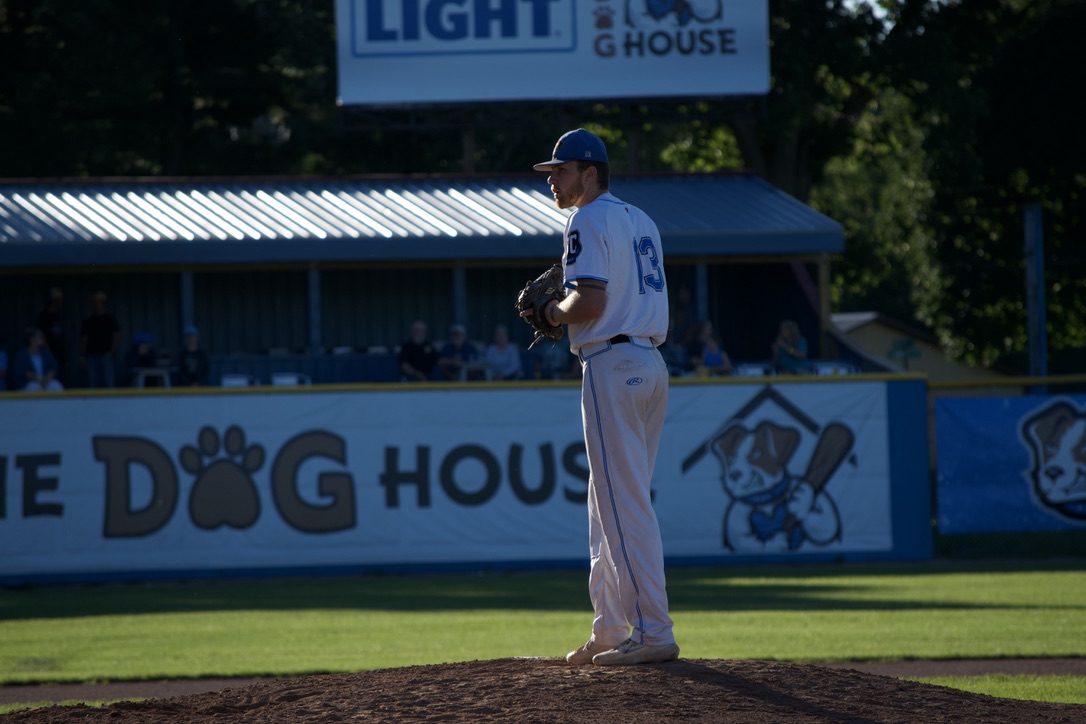 KOKOMO, IN — The red-hot Battle Creek Battle Jacks offense continued its form while the pitching limited the Kokomo Jackrabbits to just two runs in a doubleheader sweep on Thursday. Battle Creek took game one, 8-1, and game two, 10-1, and has won three consecutive games.

Entering game one of the doubleheader, the Battle Jacks led 6-0 in the bottom of the fourth. That’s where the game was paused on July 15, the date on which the game was originally started.

In the seventh, Billy Hancock tripled and scored on a wild pitch. Later in the inning, Joey Grabanski stole second and wheeled all the way around to touch home on an errant throw to hand the Battle Jacks an 8-0 cushion.

Hank Weiss dominated in his start turned relief appearance. After Garrett Martin started the game with four shutout frames back in July, Weiss gave up just one run in five innings, and struck out a career-high eight hitters in the 8-1 victory.

The Jackrabbits struck first in game two. Mark McNelly blasted an opposite-field double to left to put Kokomo ahead 1-0 in the first.

But, the Battle Jacks responded in the next frame. Jace Matkin stole home on a throw down to second, and Pat Mills roasted a two-run ground-rule double to right, giving Battle Creek a 3-1 advantage.

The Battle Jacks plated an insurance run in the third. Grabanski led off the inning with a stand-up triple, and scored on a double play to extend Battle Creek’s lead to three.

In the fourth, the first four batters reached in another three-run frame for the Battle Jacks. Jimmy Wressel belted an RBI double to deep left, and Mills scorched a single through the right side for his third RBI of the game.

Travis Cowan twirled a gem for the Battle Jacks. The starter went a season-high six innings and struck out a career-high six batters, while only surrendering one run.

Eventually, Battle Creek plated three more in the seventh. Wressel sent a two-run single to left, and Mills doubled to right for his second two-bagger and fourth RBI of the game.

Ben Harris pitched a scoreless ninth to seal the 10-1 win for the Battle Jacks. As a result, Battle Creek has won three straight for the first time since early June.