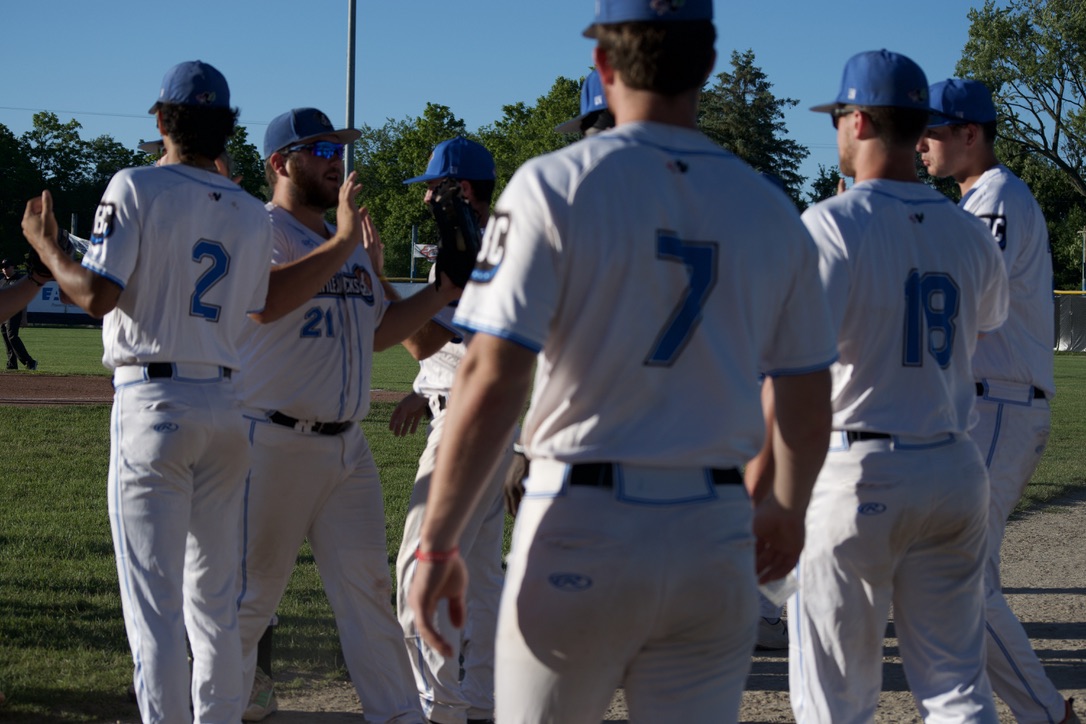 Battle Creek, MI–It was a game that lasted just under four hours, and every single second was action packed. The Battle Jacks came into this game fresh off a series split with the division leading Traverse City Pit Spitters. Kalamazoo came in with some momentum having a two game win streak with back to back walk offs against Kokomo. The Battle Jacks had not conquered the Growlers at home this season, carrying a 0-5 record into tonight’s finale. Unfortunately, despite a high powered offensive attack, they were unable to get it done, losing 10-9.

The Growlers scored first with four runs in the 1st inning, mostly because they worked three walks that lead to back to back RBI singles. They added two more in the 2nd because of more free bases. The Battle Jacks answered in the bottom of the 1st, 4th, and 5th. In the 1st it was Evan Borst scoring after a leadoff single. Jace Matkin brought him in with a single for his only RBI of the game. Then in the 4th, it was two more as back to back singles from James Canar and Trevor Patterson with two outs started a rally that was finished with a Charlie Rhee single. In the 5th, it started with a Joey Grabanski walk, followed by two more walks from Raymond Hilbrich and Matkin. Jimmy Wressel brought home the first two with a single. Borst brought home Matkin, Rhee brought home Wressel, and Billy Hancock brought home Rhee. Canar would also score on a wild pitch after reaching on an error. All in total, the Battle Jacks scored six runs in the inning, taking a 9-6 lead.

However, Kalamazoo responded with four runs of their own in the very next half inning to take a 10-9 lead. There would be a play in the 7th that led to the Battle Jacks playing the rest of the game under protest. They would have a shot to win in the bottom of the 9th with the bases loaded and just one out, but were unable to capitalize.

Battle Creek finishes off the season with a road game tomorrow in Kalamazoo, and then two in Rockford. In order for the Battle Jacks to finish better than .500, they will need to win out. First pitch for tomorrow night is scheduled for 6:35 PM.