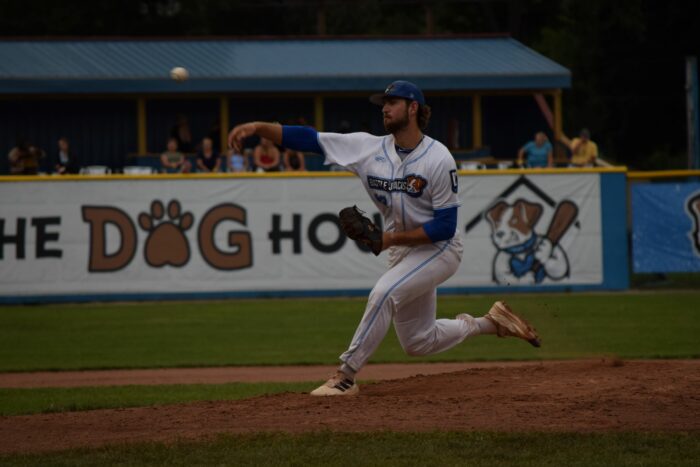 BATTLE CREEK, MI — Garrett Martin is the first player in Battle Creek Battle Jacks history to sign with a professional baseball team. He recently inked a deal with the Glacier Range Riders after a successful summer in Battle Creek.

The Middle Georgia State product was named Northwoods League Pitcher of the Night on July 1. He fired seven scoreless frames against the Rockford Rivets, struck out nine and gave up only four hits in a 2-1 win at MCCU Field.

The Range Riders are a 2022 expansion team in the Pioneer Baseball League, an MLB affiliated league. They play in Montana, and the league also has teams in Idaho, Utah, Colorado and Montana.