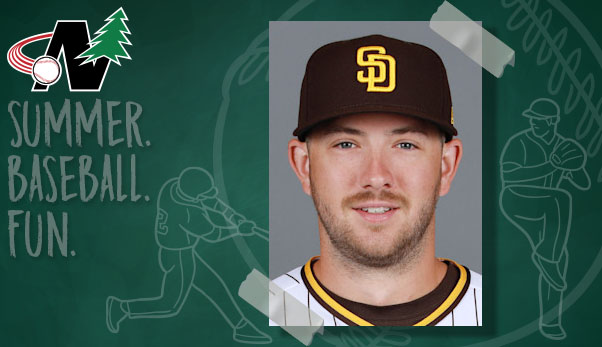 Batten, who played collegiately at Quinnipiac University, played for the Border Cats in 2015. He was drafted in the 32nd round of the 2017 MLB Draft by the Padres.

Batten began his professional career in 2017 with the Padres Rookie level team in the Arizona League. After 29 games he was sent to the Tri-City Dust Devils of the Short-Season A Northwest League. In 49 games he hit .241 with one home run, two triples, eight doubles and 20 RBI. He also stole five bases.

In 2018, Batten started the year with the Lake Elsinore Storm of the Hi-A California League. After 13 games he moved up to the San Antonio Missions of the AA Texas League. He then was promoted again, to end the season, to the El Paso Chihuahuas of the AAA Pacific Coast League. For the season he played in 78 games and hit .272 with two home runs, eight doubles and one triple. He drove in 22, scored 31 times and stole 12 bases.

In 2019, Batten began the year with the Amarillo Sod Poodles of the AA Texas League. He played in two games with Amarillo before a promotion back to El Paso. For the season he played in 109 games and hit .298 with six home runs, four triples, 20 doubles and eight stolen bases. He also drove in 48 runs and scored 60 times.

In 2021 Batten started in San Antonio and then after six games he was sent back to El Paso for the remainder of the season. Over 123 games he hit .293 with six home runs, three triples and 15 doubles. He stole 28 bases, drove in 41 and scored 72 times.

Prior to his call-up to the Padres, Batten had played in 59 games in El Paso and was hitting .299 with 10 home runs, one triple, 13 and 14 doubles. In his Major League debut against the Dodgers, Batten entered the game as a pinch runner in the top of the 8th and remained in the game in the bottom of the inning as the second baseman.