Northwoods League Announces Executive and Organization of the Year 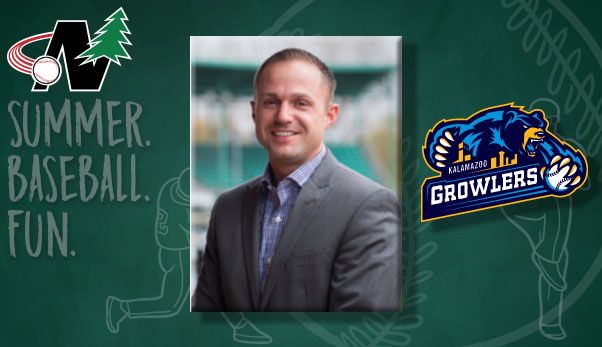 Rochester, Minn. – The Northwoods League has announced that Brian Colopy, Owner/GM of the Kalamazoo Growlers, has been named the 2022 Northwoods League Executive of the Year. The award, which was decided by a vote of team officials at the League’s annual fall meetings last week in Rochester, MN is given annually to the League’s outstanding executive. In another vote, the Kalamazoo Growlers were awarded the Organization of the Year award.

Colopy, the 2020 Northwoods League Executive of the Year, recently finished his 13th year in the NWL, and first as owner of both the Growlers and the Battle Creek Battle Jacks.

Of these awards, Colopy said, “I couldn’t be prouder of our staff, fans and everyone that made our 2022 season one for the record books.  They made this season what it was, and we can’t wait to get back to work to make our 2023 season just as memorable.”

During his time in the Northwoods League, Brian has become known for his viral ideas including Coach Drake, pregame Home Run Derbies, The Salute to Selfie Night and the Twinkie Dog.

The Kalamazoo Growlers were honored as the Northwoods League Organization of the Year after a very successful season. The Growlers made the playoffs and made an improbable run which culminated with a championship after beating Wisconsin Rapids and then Duluth on the road. The Growlers ended the season with a 36-35 overall record. Kalamazoo was second in attendance with 80,052 fans over 35 games for a 2,287 average.

“The Growlers had an outstanding year on and off the field and it’s great to see them get recognized by their peers,” said Voz. “”Brian’s vision and the dedication of the Growlers staff puts them in an elite group in the summer collegiate baseball world.”