A Season to Remember

Two Duluth Huskies hold spots one and two on the hits leaderboard. But neither player comes from a traditional baseball powerhouse. Georgetown College and Friends University may not be the same level as a Division I program, or even NCAA-affiliated, but their players are showing off in the Northwoods League.

“When he gets on, the other team is in trouble,” said Huskies Manager Tyger Pederson.

Those numbers may suggest a lifelong star with plenty of career options. But Isaacson’s career has been a journey.

Isaacson started his career at Division II Sioux Falls, his top choice and only offer. After redshirting his Freshman season, Isaacson sustained an injury his second year. Despite making a full recovery, he only saw one at-bat all season for the Cougars.

That summer, Isaacson played summer baseball in Kansas, where he gained the attention of the coach from Friends University in Wichita, Kansas, a small school with about 1,200 students.

Isaacson put up spectacular numbers in both of his years at Friends. This year, he was named the conference Player of the Year, and an NAIA All-American.

It’s now the second season for Isaacson in Duluth. He was a standout player last year on a temporary contract, but on a full contract this year he has taken his game to the next level.

The Minnesotan’s 2018 season includes constant standout moments. A three-run walk-off double on Opening Day, another walk-off run in extra innings after a four-hit day against Mankato, his first home run of the year against the first-place Loggers to spark a late comeback, to name a few.

“Everything you would want in a player,” as General Manager Greg Culver described him.

He has not been completely free from attention. Professional scouts have been following Isaacson, though none have signed him yet. The Huskies’ front office was shocked when he was not drafted.

But Isaacson has done enough to draw attention from other colleges. He is working over the summer to finish his credits and graduate from Friends, and then transfer as a graduate student for his final year.

After receiving about 20 offers from colleges, he will play his last season at Dallas Baptist University, a Division I team fresh off an NCAA Tournament berth. If Isaacson can attain the same level of production, he will likely be drafted next year.

Isaacson chose Dallas Baptist because it reminds him of Friends. It’s another small school where everyone, including the baseball players, lives on campus. Plus, it has an all-turf field, the same as Duluth’s Wade Stadium.

“I feel like I can run faster on turf,” he said.

Chris Gilbody may not have the standout, superstar moments, but he has been a model of consistency both at the plate and in the field.

The Georgetown Tiger was not on the Huskies’ roster for opening day. His college and summer teammate, Tony Monroy, recommended the catcher to the coaching staff. Gilbody signed a temporary contract, but quickly earned a full contract and everyday playing time.

After recording four hits in his second game, Gilbody has been perhaps the best hitter in the league other than his teammate Isaacson. He has been held hitless in consecutive games only once all season and has multiple hits in nearly half of his games.

Defensively, his versatility allows him to stay in the lineup every day. He is a more than capable defender both at third base and as a catcher, having only made one error all season. He also has almost never been out of the lineup, only missing two games since joining the team.

Behind the plate, Gilbody shows off a strong arm despite his small frame. He has caught 14 runners stealing, the second-most in the league and just one fewer than the leader (Thomas Greely of Rochester has 15.)

He can also run, an ability rare for a catcher. He will drop a bunt for a hit whenever he has the opportunity. And he has nine stolen bases this year, without ever being thrown out, far more than any other catcher. Only one other player (St. Cloud’s Ricardo Sanchez) has caught at least 20 games and stolen more than a single base.

“Me and Tony are representing Georgetown with the talent that we bring,” Gilbody says. “The kids that come to these games, they shouldn’t be afraid to go NAIA.”

His performance suggests he would receive significant attention from both college and professional scouts. But the calls have not yet come for Gilbody.

The lack of attention is nothing new. Gilbody never received an offer from a Division I baseball program.

Gilbody began his collegiate career at Golden West Community College in Southern California, just fifteen minutes away from his hometown of Cypress. After redshirting his Freshman season, Gilbody saw consistent playing time in his second season, and earned all-conference.

Georgetown College, whose coach is from the same area as Golden West, was one of just a few schools to recruit Gilbody. He didn’t receive any offers from NCAA schools.

“It gives me motivation every day, especially here, to prove the scouts wrong and show them that I can play,” Gilbody said of being in the Northwoods League.

His career had a similar story at Georgetown, a 1,000-student school in Northern Kentucky. He saw the field in limited doses his first season. But with more opportunities as a Junior in 2018, he proved his worth, and again earned First-Team All-Conference.

“I haven’t had the height to go D-I, according to scouts,” he thinks, perhaps rightfully. His resume certainly has the caliber of a top-level athlete. But at 5 feet 6 inches tall, Gilbody would be tied for the shortest player currently in the MLB.

“I feel like I’ve shown that I can hit [high-level pitching], I definitely can play good defense,” he said, “And I’m batting in the middle of the order for one of the best teams in the Northwoods League.”

“He plays with a chip on his shoulder,” Pederson said, “Because he knows he’s not the biggest-statured kid.”

Gilbody hopes to improve his play by facing higher-caliber opponents than he sees in the Mid-South Conference.

“I’m looking at Chris to probably have a monster year back at school,” Culver predicted. Culver remembers players who improved their skills and confidence with the Duluth Huskies and had great seasons in college the next year.

Both Isaacson and Gilbody are showing that the best talent doesn’t always come from well-known schools.

“I played in Division II, and I played in the NAIA,” said Isaacson, “NAIA is comparable if not better.”

The Duluth Huskies are a member of the finest developmental league for elite college baseball players, the Northwoods League. Entering its 25th anniversary season, the Northwoods League is the largest organized baseball league in the world with 20 teams, drawing significantly more fans, in a friendly ballpark experience, than any league of its kind. A valuable training ground for coaches, umpires and front office staff, more than 190 former Northwoods League players have advanced to Major League Baseball, including three-time Cy Young Award winner Max Scherzer (WAS), two-time World Series Champions Ben Zobrist (CHC) and Brandon Crawford (SFG) and MLB All-Stars Chris Sale (BOS), Jordan Zimmermann (DET) and Curtis Granderson (TOR).  All league games are viewable live via the Northwoods League portal. For more information, visit www.duluthhuskies.com or download the new Northwoods League Mobile App on the Apple App Store or on Google Play and set the Huskies as your favorite team 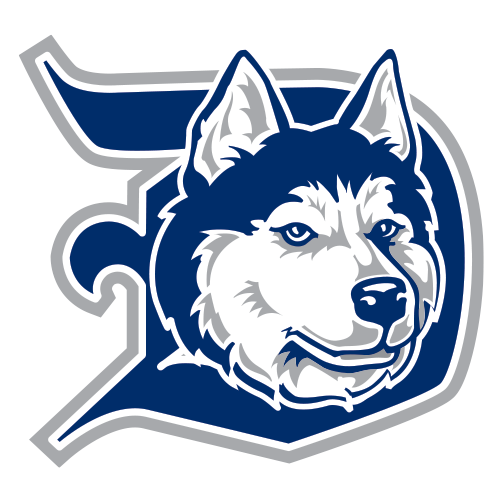