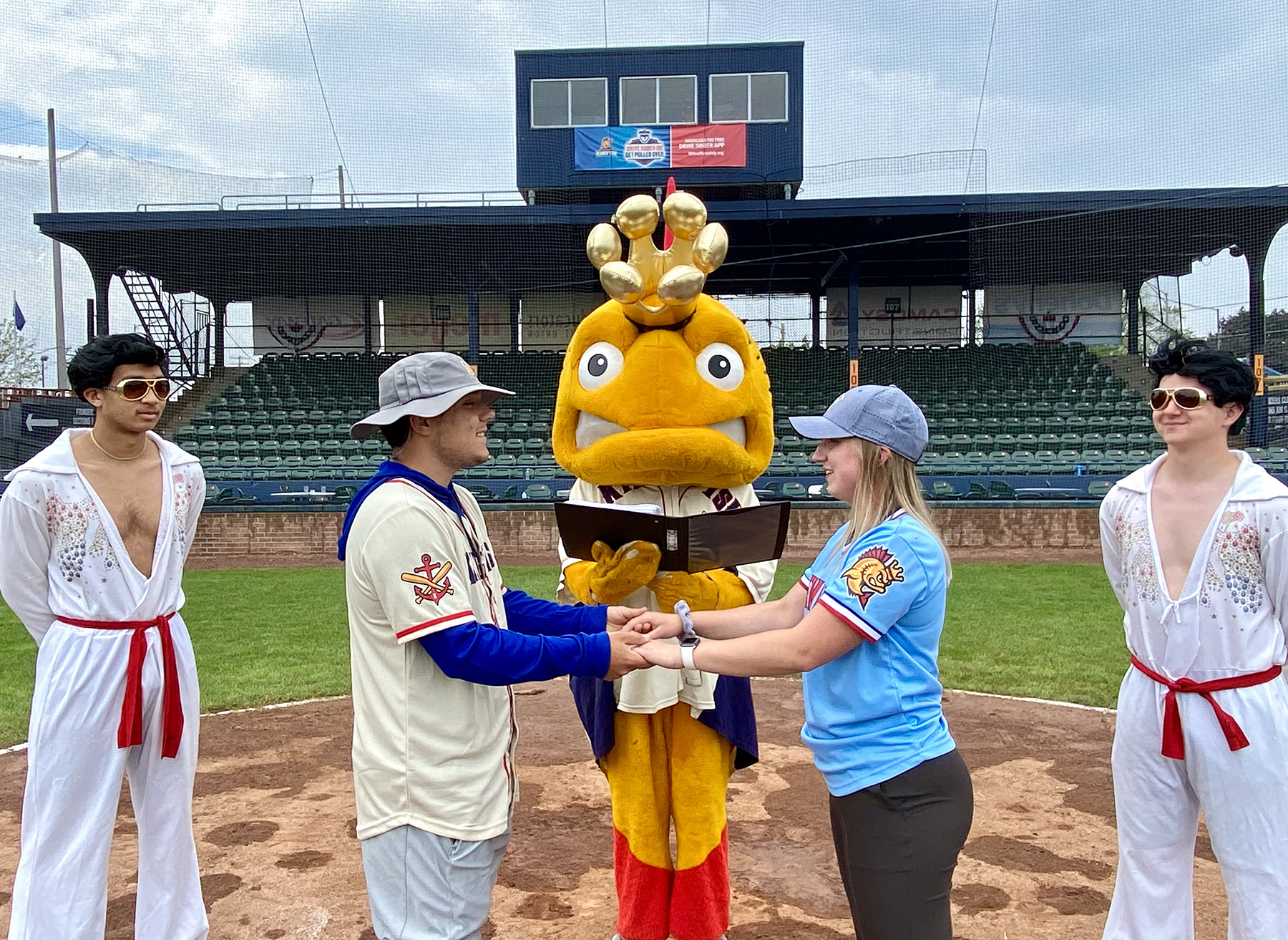 The Kenosha Kingfish of the Northwoods League has announced that couples, whose Vegas plans resulted in snake-eyes by the Elvis likeness ban, can now be married by the Kingfish mascot, Elvis, before the August 6, 2022 Kingfish game.

The ceremony officiated by King Elvis himself, an ordained minister, will take place at home plate of Kenosha’s Historic Simmons Field prior to the 6:05 PM game in front of family, friends and baseball fans.

A $50 couple registration fee will cover a champagne toast, a bride’s bouquet and Fish Bowl tickets to the game after the ceremony. Wedding guests are invited to purchase additional Fish Bowl tickets for $31 which include a ticket to the wedding ceremony, the Kingfish game and a post-wedding reception with unlimited ballpark food and beverages during the game.

The Kingfish Dancing Elvi will stand as witnesses for the happy couples.

Following the ceremony, Elvis music will be played throughout the game with plenty of PA reads and video board ads celebrating the happy couples. The night will be capped off with a celebratory fireworks show.

Have a wedding fit for a ‘King’ and ‘Queen’ this summer at the home of the Kenosha Kingfish. To organize your Elvis wedding, please contact the Kingfish ticket office at 262-653-0900 or info@kingfishbaseball.com.

The deadline to register for inclusion in the Elvis wedding ceremony is August 1, 2022.