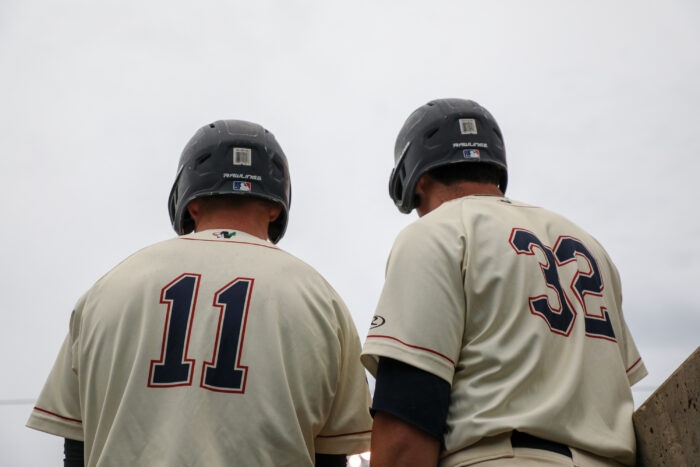 The Kenosha Kingfish lost 12-7 in a Father’s Day shootout against the Kalamazoo Growlers.

The Kingfish have now dropped three contests in a row, and the Growlers have extended their win streak to six after winning their first game at Historic Simmons Field this year.

Kenosha opened the scoring courtesy of a Jacob Tobias double that sent Taylor Darden home to make the game 1-0 after the first frame.

Kalamazoo responded with a run of their own in the top of the second when Ryan Dykstra hit Sam Kirkpatrick home on a single to right field.

What started out as a pitchers’ duel quickly turned into a hitting clinic in the final five frames.

MLB prospect Luke Storm gave the Growlers a 3-1 lead in the top of the fifth, as he sent Daniel Pruitt and Trey Lipsey home on a single to center field.

The Kingfish reclaimed the lead in the bottom of the inning after putting up a four spot. Gage Williams ran home after an error that left the bat of Parker Stinson, Tobias sent his second double down the right field line to plate Brady Counsell and Stinson and Tobias eventually came around to score on a wild pitch. This gave the Kingfish a 5-3 lead after five.

Kalamazoo cut the lead in half in the sixth on a Blayne Robinson groundout that scored Devin Obee.

The Growlers kept the scoring train rolling in the seventh with a two-RBI single from Storm and RBI singles by Dykstra and Daniell Pruitt to make it an 8-5 ball game.

After a Drake Westcott sacrifice fly and an Anthony Mangano bases loaded walk, the Kingfish crept back to within one to make it 8-7 after seven.

Kalamazoo got the last laugh, as a solo blast by Griffin O’Ferrall and a two-run homer by Storm broke the game wide open. O’Ferrall tacked on an insurance run via an RBI double in the ninth to solidify the Growlers’ 12-7 win.

Storm led all batters in RBIs with five to go along with his home run and pair of runs in his 3-for-5 performance.

Tobias led the Kingfish after going 2-for-4 with a pair of doubles, three RBIs and a walk.

Luke Ellis (2-1) took his first loss of the season after allowing three earned runs, two hits and three walks in 1.2 innings of relief.

Mason Majors (2-0) got the win despite giving up a pair of runs on no hits and a walk while striking out three.

The Kingfish (11-10) sit in third place in the Great Lakes East division, and the Growlers (11-9) now have possession of second.