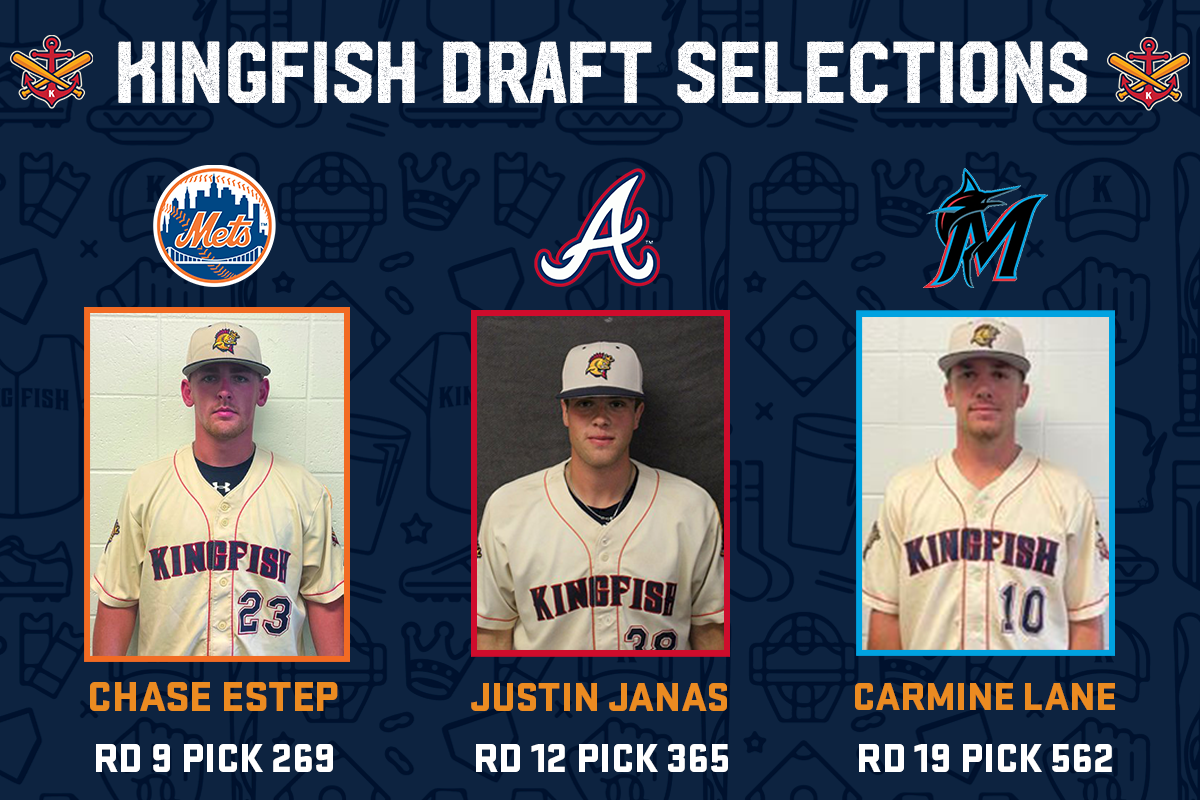 Estep, Janas, Lane Get The Call

Estep was the first former Kingfish to get the call and the only one to be selected on day two of the draft. He was selected in the ninth round at 269th overall by the New York Mets.

Estep was a college teammate of James McCoy and Michael Dallas, both of whom suited up for Kenosha this season.

Janas was selected next to begin day three of the draft. The Illinois infielder was picked in the 12th round at pick 365 by the 2021 World Series Champion Atlanta Braves.

The Homer Glen, Illinois native played for the Kingfish in 2020 and 2021 and posted two homers with 43 RBIs while batting .402 in the latter year.

He then carried his momentum into 2022 with the Illini by belting six home runs and 37 RBIs while batting .343 (third on the team) last spring.

Current Kingfish first baseman Drake Westcott will aim to take Janas’ spot in Champagne next spring after his recent transfer to Illinois.

Carime Lane was the last former Kenosha player to be picked in the 2022 Draft. The South Florida infielder was selected in the 19th round at pick 365 by the Miami Marlins.

All players will embark on their journey into the league pending the signing of their respective contracts.