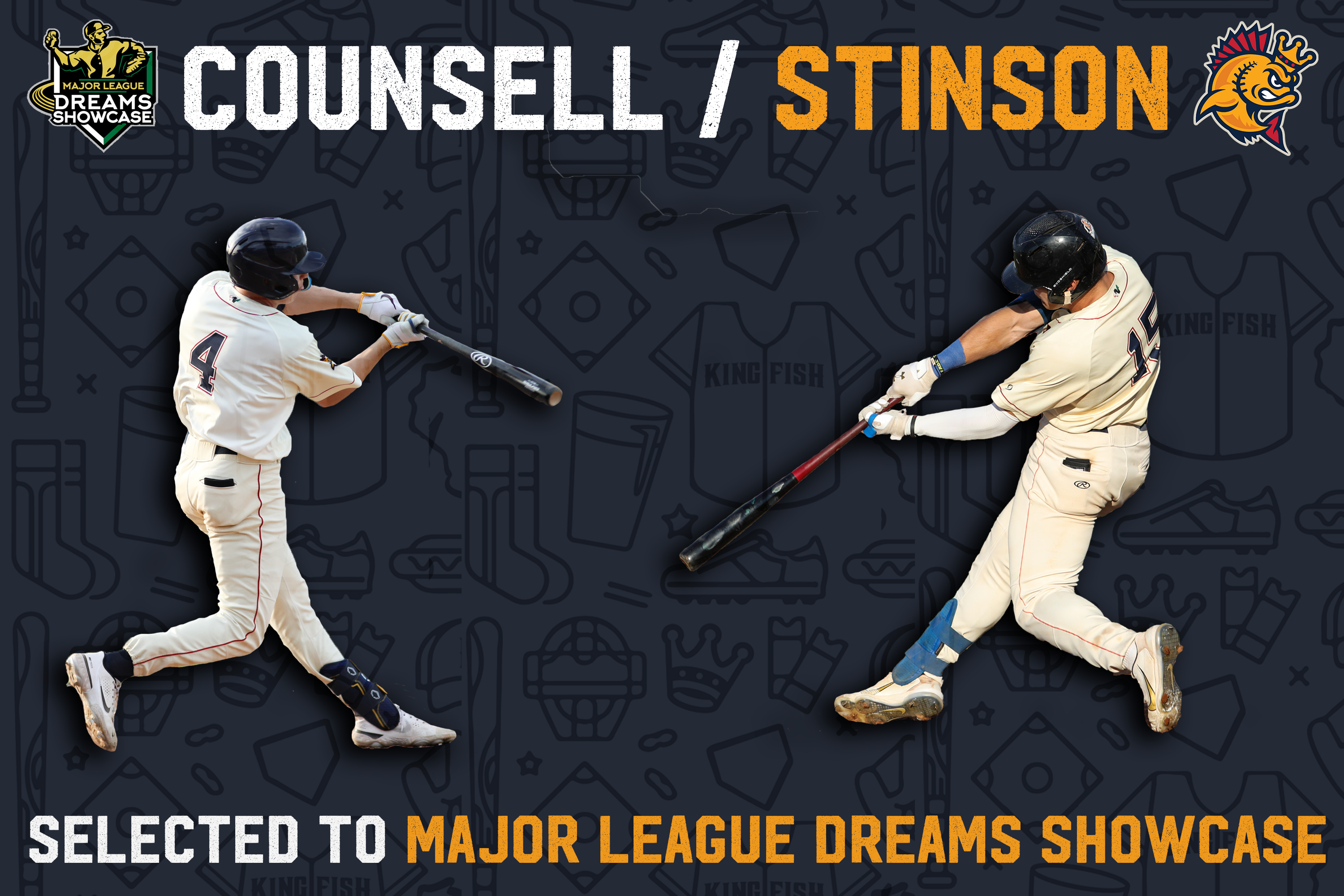 Both players were selected to be part of a 100 player pool who will participate in scouting workouts and a double header. The 100 prospects will be divided into four teams for those games.

Stinson has acted as one of Kenosha’s most consistent bats, with five home runs (first on the team), 27 RBIs (tied for second on the team) and 23 stolen bags (fourth in the NWL) on the year. The Indiana State Sycamore has reached base in 44 of 46 contests this year and has an on-base percentage in the mid-.400’s.

Stinson also has a .942 fielding percentage, as he has only committed five errors in 394 innings on the field.

The Yorktown native has brought power and speed to this Kingfish team and has been one of the driving forces keeping them in playoff contention.

Stinson is coming off of an above-average year at Indiana State after hitting .257 with three long-balls and 15 RBIs, building on his skill set in Kenosha throughout the last couple of months.

Counsell has been one of the most sure-handed gloves for the Kingfish this season, but his bat has been consistent while heating up as of late.

The Minnesota Gopher has a .944 fielding percentage, 22 double plays (top-20 in the NWL) and 81 assists (top-25 in the NWL). With diving plays and soft hands able to absorb baseballs taking bad hops in the infield, not much has gotten past Counsell this season.

Not many players have bested Counsell on offense this year either, as he has three blasts with 27 RBIs (tied for second on the team), 12 doubles (first on the team) and a .289 batting average.

The Whitefish Bay native may not have the unorthodox batting stance of his father, current Milwaukee Brewers manager Craig Counsell, but he is seeing great success in his baseball career in the last couple of months.

Counsell started 24 of 36 games as a Gopher this last spring, the most of any freshman in program history. He batted .200 with a home run and 10 RBIs in his first year of college.

Both players will make the trip up to La Crosse on August 2 with 98 other prospects while the rest of the league has the day off.