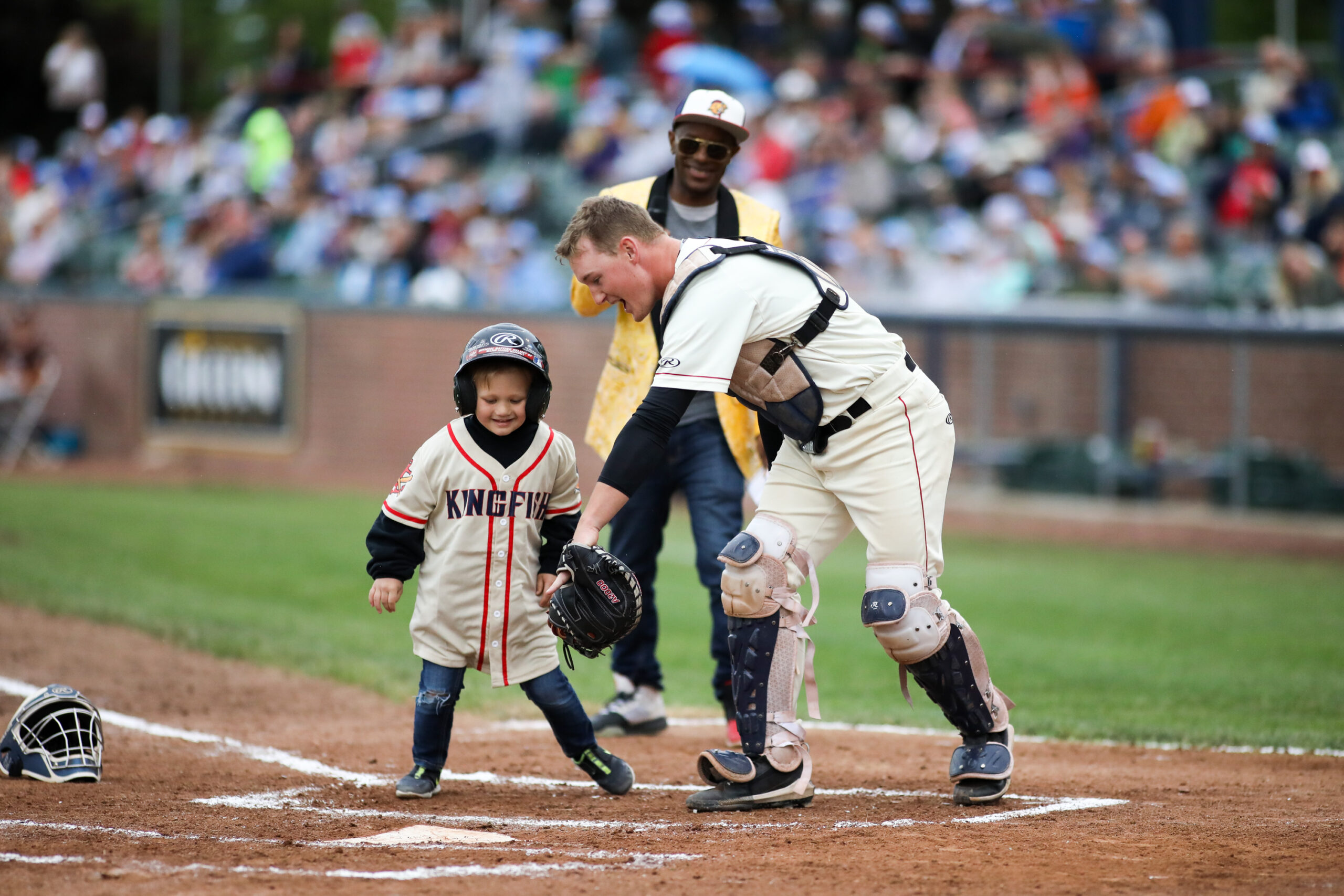 The Kenosha Kingfish throttled the Kokomo Jackrabbits 14-3 on a franchise record tying 20 hits on Saturday night at Historic Simmons Field.

With the win, Kenosha has snapped their five-game losing streak.

The Kingfish put up three runs in the opening frame on five hits to get out to an early 3-0 lead. Parker Stinson belted a two-run triple down the right field line to score Taylor Darden and James McCoy, and Brady Counsell followed with an RBI single that plated Stinson.

The Jackrabbits fought back in the following inning with a pair of runs to make it 3-2. Tyler Traphagen sent Conner Stewart sprinting home on a sacrifice fly, and Tucker Platt scored on an error off the bat of Octavio Sanchez.

Kenosha then stormed back with a six-spot in the second in a series of hits and chaotic events. Josh Leslie scored on an errant throw to the plate, and Taylor Darden sent Drake Herrera home on a sharply hit single. Counsell kept the line moving with a double down the left field line that plated Darden and McCoy. Gage Williams’ single concluded the inning, as Counsell and Zack Carinci scored on the play.

The Kingfish laid on another four runs in the fifth inning to bolster their lead to 13-2. Darden sent Williams trotting home on an RBI single, and McCoy sent a no-doubt three-run shot into left field to plate Herrera and Darden.

Darden continued his tear in the seventh frame with a solo blast to give Kenosha a 14-2 lead.

Kokomo scored one run in the eighth on a Traphagen groundout that scored Conner Stewart.

Josh Leslie pushed a single into left field to tie the franchise record for hits in a game at 20.

John Creviston (1-2) earned his first win of the summer by allowing just one earned run on two hits while walking eight and striking out four in five innings and a third.

Nick Venegas (0-1) was tagged with the loss after allowing 12 earned runs on 16 hits while fanning a pair of hitters in five innings and two thirds.

Kenosha and Kokomo will wrap up the two-game set at Historic Simmons FIeld on July 30 at 4:05 p.m.