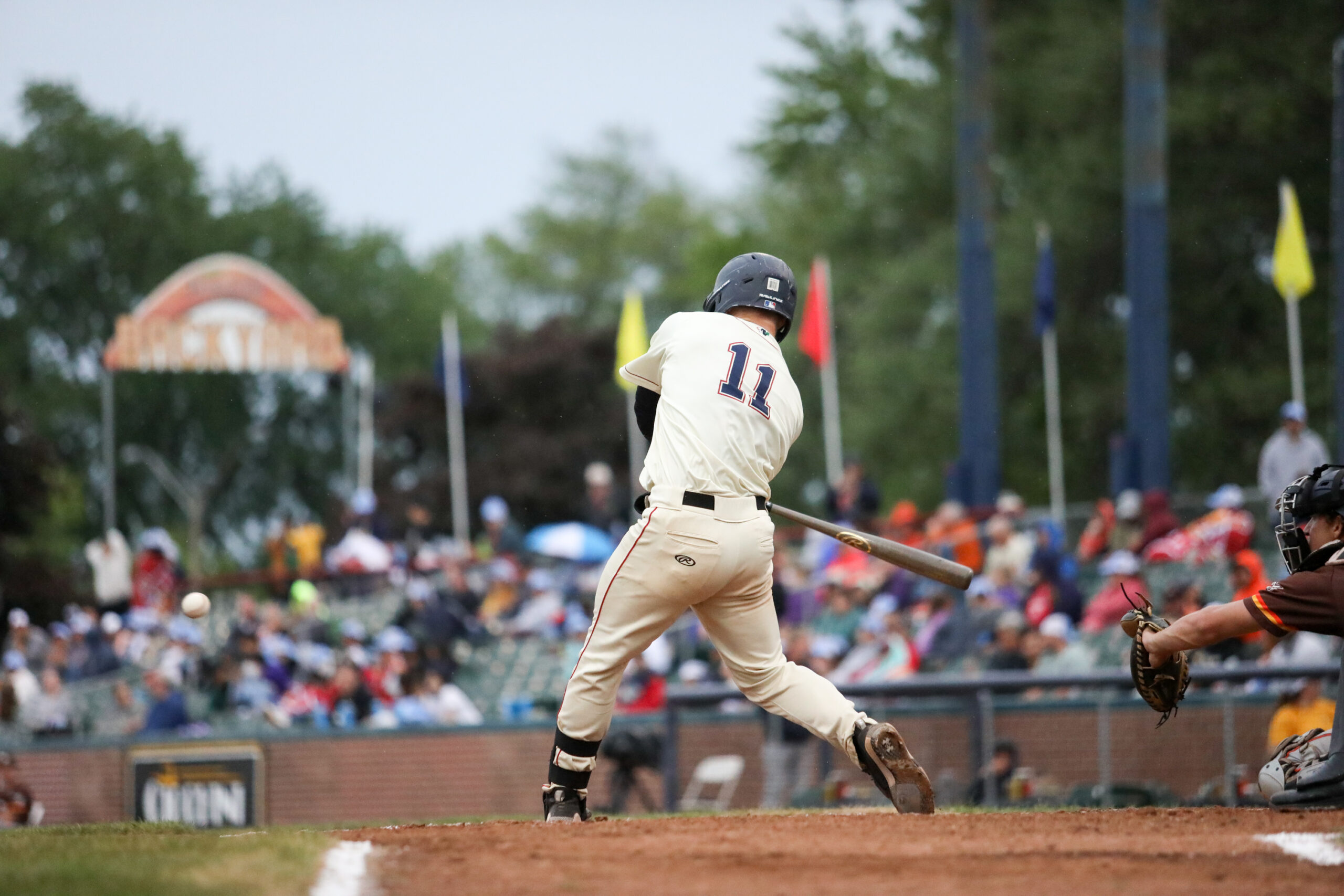 With the win, Kenosha has now won decisively in each of the team’s last two games over Kokomo.

The Jackrabbits struck first and in the opening frame and made the ball 1-0 when Brayden Carter sprinted the final 90 feet on a wild pitch.

The Kingfish grabbed the lead in the fourth inning 2-1 when Gage Williams singled Jay Beshears home, and Connor Hincks scored on an error off the bat of Rail Gillam.

Kenosha continued to pour on the runs with a four-spot in the fifth to make the game 6-1. Zac Rice scored on an error off the bat of Jay Beshears to start the inning’s scoring. Zack Carinci belted a double to right field to plate Beshears and James McCoy. Hincks then scored on Carinci on a single to center field.

Kokomo responded in the sixth inning, closing the lead to 6-2, on Nick Harms’ first hit of the year that sent Tucker Platt home. The Kingfish re-extended their lead in the bottom half on a McCoy single that plated Gilliam.

The Jackrabbits scored the last run of the game on a Connor Throneberry solo blast into left field.

Carinci led the Kenosha bats, as he went 1-for-4 with a double, a run and two RBIs.

Throneberry had the best play at the plate of any Kokomo player going 2-for-4 with a solo shot on the day.

Victor Loa (4-2) grabbed the win in his final start for the Kingfish, as he pitched five innings and two thirds while allowing just one run on five hits and striking out seven.

Reagan Rivera (0-1) was tagged with the loss for the Jackrabbits after allowing three earned runs on five hits with three strikeouts.

Kenosha (11-13) sits in third place in the Great Lakes East six and a half games behind Traverse City, and Kokomo (6-17) remains in last place 11 games back.

The Kingfish will travel to Wausau to take on the Woodchucks on August 1 with the first pitch at 6:35 p.m.

The Kenosha Kingfish are a member of the finest developmental league for elite college baseball players, the Northwoods League. The Northwoods League is the proven leader in the development of elite college baseball players. Now in its’ 29th season, the Northwoods League is the largest organized baseball league in the world with 22 teams, drawing significantly more fans, in a friendly ballpark experience, than any league of its kind. A valuable training ground for coaches, umpires, and front office staff, 300 Northwoods League players have advanced to Major League Baseball, including three-time All-Star and 2016 Roberto Clemente Award winner Curtis Granderson, three-time Cy Young Award winner and World Series Champion Max Scherzer (NYM), two-time World Series Champions Ben Zobrist and Brandon Crawford (SFG) and World Series Champion Chris Sale (BOS). As well as 2019 Rookie of the Year and 2019/2021 Home Run Derby Champion Pete Alonso (NYM) and 2021 All-Star, MLB Gold Glove winner and 2019 Second Team All-MLB shortstop Marcus Semien (TEX). All league games are viewable live via the Northwoods League website. League games are viewable live at watchnwl.com and on ESPN+. For more information, visit www.kenoshakingfish.com or download the new Northwoods League Mobile App on the Apple App Store or on Google Play and set the Rockers as your favorite team.