Kingfish Get Shut Out 9-0 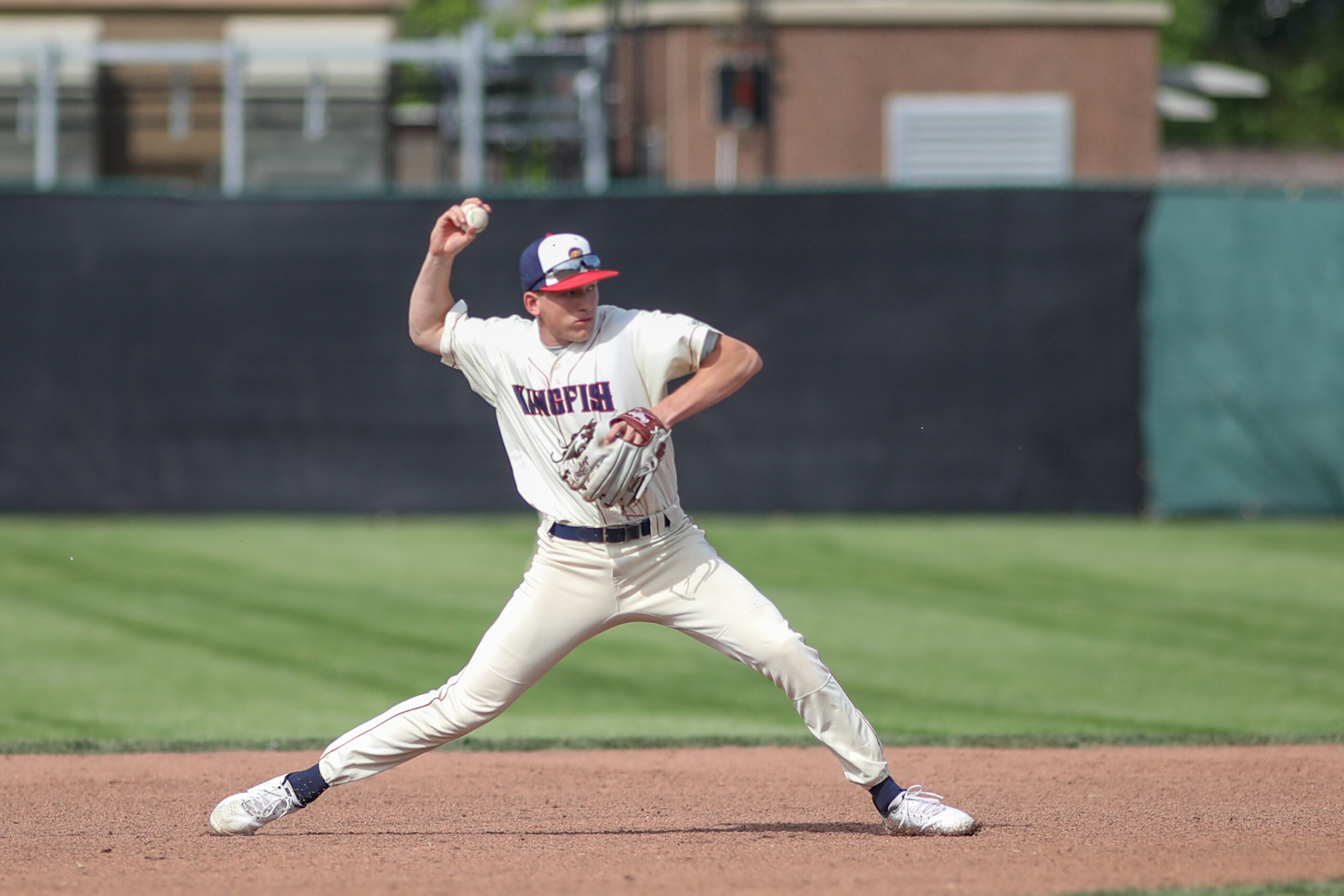 The Kenosha Kingfish fell short 6-8 to the Wausau Woodchucks to split the away series on Wednesday.

With the loss, Kenosha has dropped two in a row. Meanwhile, Kalamazoo just snapped their five-game losing streak.

Anthony Stephan got the scoring going for the Growlers in the third frame when he belted a triple that scored Vince Bianchina.

Kalamazoo doubled their early lead in the fourth frame on a Myles Beale groundout that scored Banks Tolley.

The Growlers once again doubled their lead, as they extended it to 4-0 in the fifth inning. Bianchina scored on a wild pitch, and Alex Calarco plated Ryan Dykstra on a sacrifice fly to center field.

Kalamazoo tacked on three more insurance runs in the seventh to make the game 7-0. Dykstra scored on a passed ball before, and Tolley hit Stephan home on a single. Myles Beale then singled Calarco home.

The Growlers put up another run in the eighth frame to make it an 8-0 ball game with Bianchina scoring on a fielder’s choice off the bat of Stephan.

Stephan then walked Beale in in the ninth frame to extend the Kalamazoo lead to 9-0. Beale then scored after Stephan was walked with the bases loaded.

Stephan led the charge for the Growlers after going 2-for-4 with a triple, a run scored and three RBIs on the day.

Zack Carinci had the best day at the plate of any Kingfish player, as he went 2-for-4.

Tanner Knapp (4-1) got the win after pitching six innings of shutout baseball with five strikeouts.

Bryant Bagshaw (0-2) took the loss after allowing four runs on four hits with five strikeouts in five and two thirds of an inning.

Kenosha and Kalamazoo will go at it again on Aug. 5 with the first pitch being at 6:05 p.m.