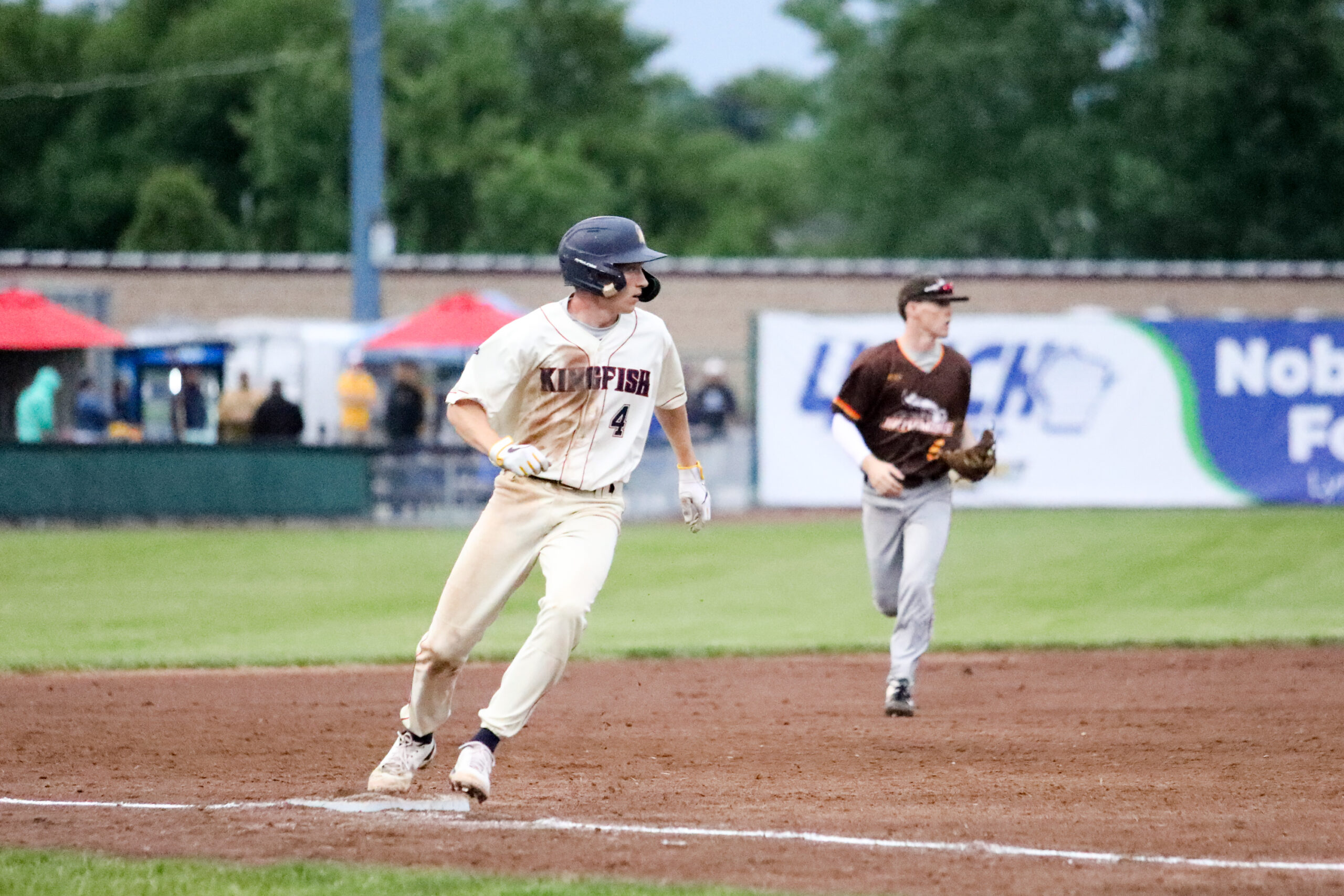 The Kenosha Kingfish took down the Kalamazoo Growlers 5-3 on Aug. 5 at Historic Simmons Field.

With the win, Kenosha stopped a two-game skid while Kalamazoo has now lost six of their last seven.

The Kingfish opened the scoring up in the first in loud fashion on a Brady Counsell solo bomb into left field to make the game 1-0.

Kenosha then scored their second run in as many innings on a Collin Kalinowski single that drove home Brayden Gorecki.

The Growlers tied the game up at 2-2 in the third frame on a pair of scoring plays. Greg Ziegler sprinted home on a double steal, and Ryan Dykstra belted a single that scored Vince Bianchina.

Parker Stinson helped the Kingfish reclaim their lead 4-2 in the sixth to celebrate his last game on the team. He crushed a ground-rule double that plated Counsell and Zack Carinci.

Kenosha tacked on another run in the seventh when Counsell laid down a sacrifice bunt to score James Oman.

Kalamazoo got a run back in the eighth inning on a Myles Beale single that would score Banks Tolley.

Counsell had the best night of any Kingfish player, as he went 2-for-3 with a pair of runs scored, a home run and two RBIs.

Dykstra was the leading contributor for the Growlers. He was 1-for-4 at the plate with a pair of RBIs and a walk.

Sam Bass (2-3) picked up win number two in the summer with two innings of shutout ball and a pair of strikeouts in relief.

Eamon Horwedel (2-4) took his fourth loss of the season after giving up four earned runs on nine hits in six frames of work.

Carinci grabbed his second save of the year while also going 2-for-4 on the night with a run scored.

The Kingfish will take on the Rockford Rivets on Aug. 6 at 6:05 p.m. at Historic Simmons Field.