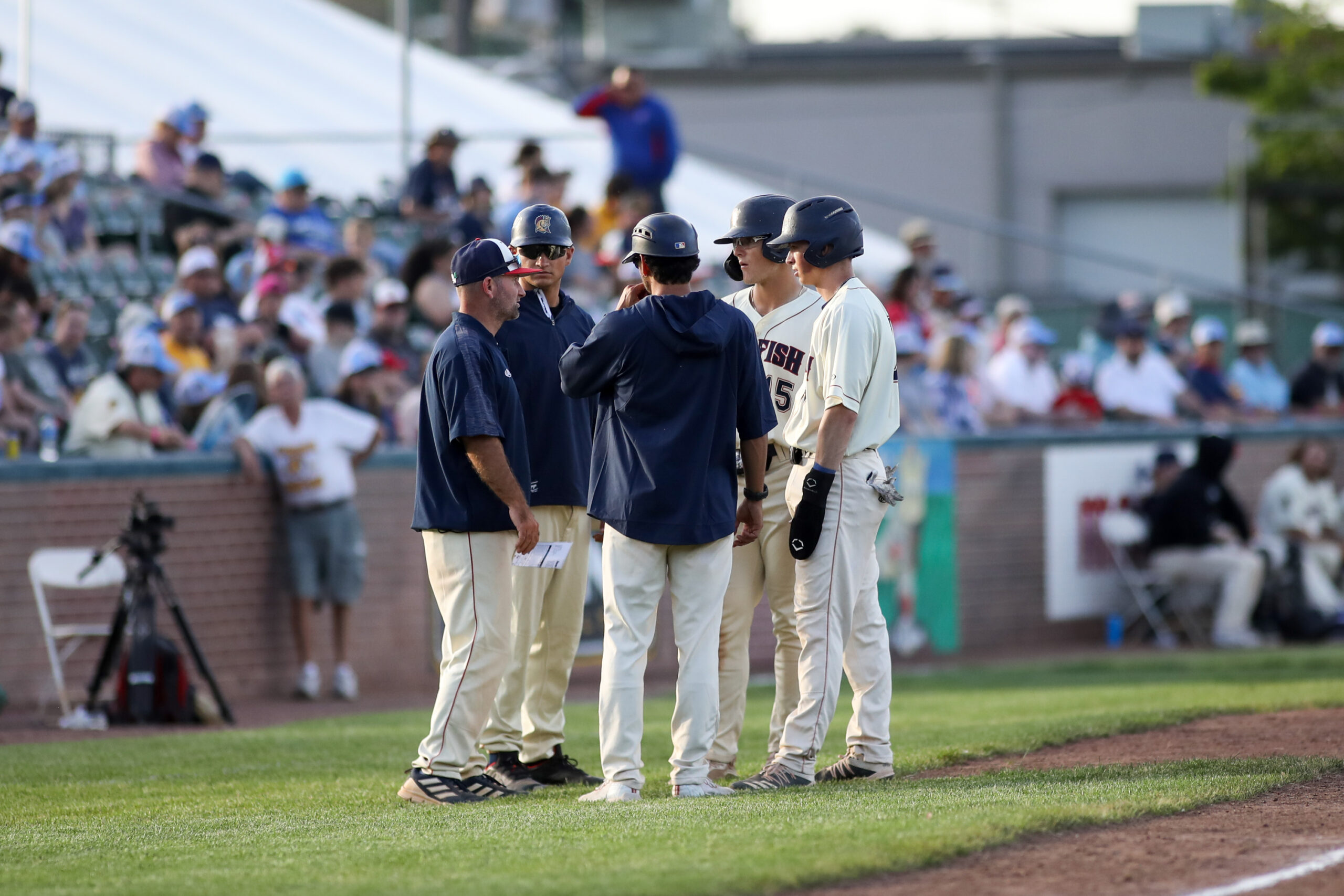 The Kenosha Kingfish took down the Kalamazoo Growlers 5-3 on Aug. 5 at Historic Simmons Field.

With the loss, Kenosha is officially eliminated from playoff contention. Rockford is just four games back from the Traverse City Pit Spitters.

The Rivets struck first in the opening frame on a double steal where Bryson Parks sprinted home to make the game 1-0. The Kingfish responded in the bottom half to even the game up at 1-1 on a Kevin Bushnell RBI groundout that plated Brayden Gorecki.

Rockford reclaimed the lead 2-1 in the second inning when Conner Allen ran home on a passed ball.

The Rivets batted around the order and put up a five-spot to enhance their lead to 7-1 in the third frame. Giovany Lorenzo hit a solo shot into left field to open up the scoring in the inning, and Nick Demarco followed up by blooping a single to right that plated Logan Smith. Jeffery Ince kept the ball rolling with a two-run double that scored Justin Kerestes and Demarco. Andrew Wilhite then when Will Prater walked with the bases loaded.

Kenosha answered in the fourth frame with a pair of runs to make the game 7-3. Nick Iannantone singled and plated Zach Marriott, and Connor Hincks then got an RBI fielder’s choice when sending Iannantone running for the last 90 feet.

Rockford immediately answered with three runs in the fifth, making the contest 10-3 in the top of the fifth inning. Ince hit Demarco home on a single. Bushnell helped the Kingfish answer with a single of his own to score Rail Gilliam. Gorecki then scored on a wild pitch to make the game 10-5.

The Kingfish brought the game to within four in the sixth on a James Oman single that plated Kyler Carmack.

The Rivets continued the tug-of-war battle in the seventh frame when Prater scored on a wild pitch and Kerestes singled Lorenzo home to make the score 12-6. Kenosha matched the inning’s effort with another pair of runs. Marriott scored on a fielder’s choice off the bat of Hincks, and Bushnell scored on a double steal.

Rockford started the eighth off with three runs of their own to re-extend the lead to 15-8. Lorenzo walked Ince in with the bases loaded, and Parks and Prater scored on a fielder’s choice/error series off the bat of Smith.

John Creviston (1-3) took the loss after allowing six earned runs on seven hits in two and two thirds of an inning this game.

Jake Hartman Jr. (1-0) got his first win on the season after being deemed the most effective reliever. He recorded four outs and gave up no runs on one hit.

Kenosha will travel to Rockford to take on the same team at 1 p.m.