Festival Foods Shake the Lake is set for Saturday, June 25, 2016 and will feature live music, food and family activities beginning at 4 p.m. on John Nolen Drive between Broom St and Blair St.  The event will conclude with Wisconsin’s largest fireworks display, the Festival Foods Fireworks show, starting at 10 p.m. Festival Foods Shake the Lake is a partnership between the Wisconsin-based family grocer, the Madison Mallards and the Madison Parks Foundation.  Last year’s event resulted in a $3,000 donation to the Madison Parks Foundation. Rain date is Sunday, June 26, 2016.

“Getting involved and finding ways to support events that bring community members together is something we’re proud of at Festival. Our sponsorship of Shake the Lake is a great example of our commitment to do just that here in the Madison community.” said Mark Skogen, President and CEO of Festival Foods

Festival Foods employs approximately 5,300 people at its 20 stores around the state and has headquarters in Onalaska and De Pere. The company’s Madison location is expected to open later this year.

Reeseville, Wisconsin-based Spectrum Pyrotechnics will provide the fireworks show. The company is one of just a few manufacturers of display fireworks left in the United States and Festival Foods Shake the Lake will feature the company’s custom work. Fireworks will be fired from multiple barges on Lake Monona in an effort to make it more personal and make the show three dimensional. The show will be choreographed to music with fireworks and effects selected to match the soundtrack.

New to this year’s event will be the Festival Foods Shake the Lake Market. The market will feature local vendors and artisans of art, crafts, furniture, collectibles, and more. The market will run from 4:00-10:00 PM. Anyone interested in being a vendor can click here.

Festival Foods Shake the Lake will once again feature live music throughout the event, headlined by national acts, which will be announced at a later date. In addition to national musical acts, the event will again feature several local phenomenon that are characteristic of the unique nature of Madison, including; food prepared by the Madison Area Chefs Network, the University of Wisconsin marching band, the Mad Rollin’ Dolls roller derby team, and much more. The Human Cannonball will also be returning in 2016. The full entertainment line-up will be announced throughout the spring leading up to the event.

Great views of the Festival Foods Fireworks will be available on John Nolen Dr., where there will be food, beverage and family entertainment for the duration of the event. Reserved tickets to enjoy the spectacular views of the show from the Monona Terrace Rooftop during the event are available now for $15. Tickets can be purchased by calling the Mallards Ticket Office at 608-246-4277 or by clicking here.

The Madison Mallards are also committed to addressing parking concerns that arose in 2015. The Mallards will be working with area lot owners and the city of Madison to ensure safe exit procedures from all Festival Foods Shake the Lake approved parking lots. An updated parking map will be released as the event gets closer. Event attendees are also encouraged to bike to the event, as adequate bike parking will be provided.

The Mallards are now accepting applications for food vendors for the 2016 event. For more information and to apply, click here.

What: Festival Foods Shake the Lake

Stay tuned throughout the year as the Madison Mallards begin announcing the exciting details and activities line-up regarding this event. 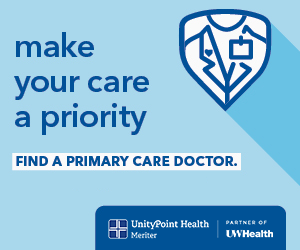