The Bullfrogs won their second in a row at home in walk-off fashion to gain momentum heading into the playoffs on Monday. Ryan Freitag (Madison College) hit a two run home run in the top of the eighth for the Express to tie the game at 4. But the Bullfrogs came through in the bottom in the 9th, Ryan Allgrove (UC Davis) scored the winning run and Gunnar Eastman (UW-Milwaukee) faced three batters in the 9th to earn the win. Eric Peterson (Washington) had his first home run of the season and batted in four runs for the Bullfrogs.

Waterloo stepped up in the late innings and came out on top in the final game of the year defeating Wisconsin 11-6. For the Woodchucks, Derek Peterson (Olney Central) went 3-for-5 and Gabe Feldman (Wake Forest) drove in two. Derek Lamacchia (Quinnipiac) pitched six strong innings striking out ten and only allowing four hits earning him the win. Andrew Ewing (Iowa) went 2-for-4 with a double and three RBIs for the Bucks.

On the road at Witter Field, the Loggers dominated the Rafters for their final game of the 2011 season winning 15-5. Tyler Smith (Oregon State) went 4-for-6 with three doubles, three runs scored and four RBIs, while teammate Bobby Juan (Minnesota) went 4-for-5 with a run scored and three RBIs. The Loggers threw six pitchers on the mound and they only allowed five hits in all. For the Rafters, Joshua Cyr (North Alabama) singled in the 4th and drove in two runs. Logger Andrew Knapp (California) did not play in the game and finishes the season with a .400 batting average, second highest in Northwoods League history.

The Bombers topped the Mallards at home for their 7th win in a row and enter the playoffs with the 2nd best record in the Northwoods League. Jordan Owen (Tennessee–Martin) went 2-for-4, scored twice and batted in two for the Mallards. Brett Wiley (Jefferson College) tripled in the bottom of the 7th and scored what ended up to be the winning run on a sacrifice fly by Troy White (Northern Illinois) of the Bombers.

The Honkers scored three runs in the 9th inning for a dramatic 4-3 win over the Huskies in the season finale. Rochester took the lead on an Eric Birch (Mary) two-run single. Seth McMullen (Winona State) went 3-for-4 while Justin Kline (Presentation) and Reid Roper (Illinois) had two hit apiece for the Honkers. Adam Humes (Northwood) was 2-for-4 in the loss for Duluth. Joey Novak (Harvard) got a no-decision after allowing one run in six innings and finishes the season second in the league with a 1.82 ERA.

The Border Cats totalled 20 hits and scored at least one run in each of the last seven innings on their way to a blowout victory at Mankato. David Fallon (Illinois State) led the onslaught with a 4-for-5 performance including two doubles and his 5th home run. Kyle Mossbarger (Wright State) also went deep for the Border Cats while Casey Selsor (Texas-San Antonio) drove in four runs. John Straka (North Dakota State) was great for six innings on the mound to get his 6th win. Steve Nyisztor (Rutgers) hit his 1st home run of the season for Mankato. 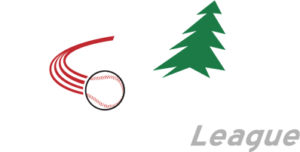