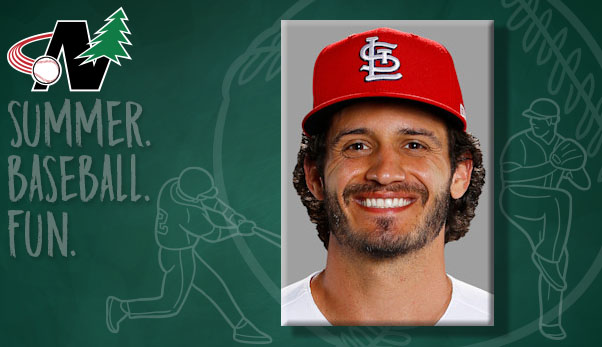 DeLuzio, who played collegiately at Florida State University, played for the Rox in 2016. DeLuzio signed with the Diamondbacks in 2016 as an undrafted free agent.

In 2016 with the Rox, DeLuzio played in seven games and hit .368 with one double, eight runs scored and three steals. He also drove in two.

DeLuzio began his professional career in 2016 with the Diamondbacks Rookie Level team in the Arizona League. After four games he was promoted to the Hillsboro Hops of the Short-Season A Northwest League. For the season he hit a combined .319 with two triples, two doubles, and 14 stolen bases. He drove in eight and scored 24 times.

In 2017 DeLuzio started the season with the Kane County Cougars of the Lo-A Midwest League. After 46 games in Kane County, he was sent up to the Visalia Rawhide of the Hi-A California League. Between the two clubs he played in 76 games and hit .330 with four triples and 18 doubles. He drove in 26, scored 40 times and stole 25 bases.

For the 2018 season, DeLuzio started the season with Arizona in the Rookie League. After four games he moved up to the Jackson Generals of the AA Southern League. He would finish the season in Jackson and for the year he hit .264 with two home runs, three triples and 12 doubles. He stole 37 bases and drove in 43.

DeLuzio started the 2019 season back in Jackson. After 79 games he was promoted again to the Reno Aces of the AAA Pacific Coast League. For the season he played in 118 games and hit .289 with four home runs, eight triples and 22 doubles. He scored 68 times, drove in 43 and stole 18 bases.

DeLuzio began the 2021 season with the Amarillo Sod Poodles of the AA Central League. He would play in 20 games in Amarillo before moving back up to Reno. In 68 games between the two clubs, he hit .282 with three home runs, seven triples and 16 doubles. He stole 16 bases and drove in 25.

During the 2021 offseason the Cardinals selected DeLuzio in the minor league portion of the Rule 5 draft.

Prior to his call-up to the Cardinals, DeLuzio had played in 94 games with the Memphis Redbirds of the AAA Pacific Coast League. He was hitting .278 with nine home runs, six triples and 16 doubles. He also had 30 stolen bases. In his Major League debut against the Cubs, DeLuzio entered the game as a pinch-hitter and walked and scored a run in his only plate appearance.